END_OF_DOCUMENT_TOKEN_TO_BE_REPLACED

DOLLAR STRENGTH dented gold prices for US investors on Thursday but bullion rose near 5-week highs in the Euro and showed a 1.2% gain for the week so far in UK Pounds as crude oil held its 10% jump after the Opec+ cartel of producer nations agreed to slash output.
Gold priced in the Dollar held around $1710 per ounce, $5 shy of its finish on Wednesday, when giant gold-backed ETF the GLD grew by 0.2%, expanding for 3 sessions in a row, the longest run of investment inflows since mid-May.
Wholesale silver bullion prices were also little moved for US investors, trading at $20.44 after jumping $3 per ounce inside a week to yesterday's 3-month highs above $21.20.
"It's difficult to see the [oil quota] move as anything but an attack on a global economy that desperately needs the price of crude to remain subdued," says Bloomberg News, calling the Opec+ output cut – equal to 2% of global daily demand – a "massive snub to Western governments" from the Saudi-and-Russian led group. 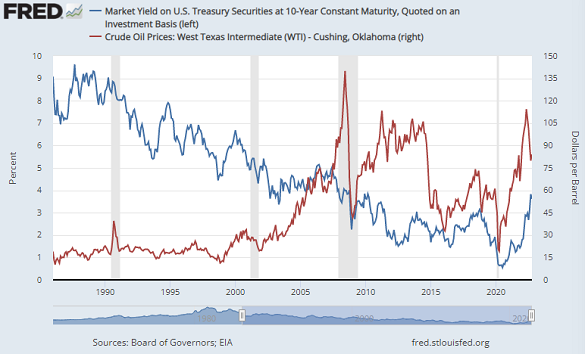 European natural gas prices were meantime little moved Thursday after hitting 2.5-month lows on Wednesday, while wholesale UK electricity prices held around the lowest in 15 weeks.
Russia's invasion of Ukraine continued to suffer further setbacks, with Ukrainian forces re-taking more territory in the illegally-annexed east while encircling Moscow's forces in the south.
Russia's President Putin is also now facing an open "power struggle" between senior Kremlin supporters at home, while new soldiers – conscripted by "partial" mobilization in the face of losing his war in Ukraine – complain of "animal conditions" in training.
Asian stock markets rallied overnight but the EuroStoxx 600 index fell for a 2nd day running, holding around 4% above last week's 20-month low, after No.1 regional economy Germany reported a steep monthly drop in new factory orders for August and the 19-nation Eurozone reported a 2% year-on-year drop in retail sales.
Both new and continuing US jobless benefit claims jumped last week, new data said Thursday,
But with earlier hopes of a 'Fed pivot' continuing to fade fast, borrowing costs for most Western governments extended their rebound on Thursday, taking 10-year US Treasury yields up to 3.80% per annum – 15 basis points above Tuesday's 2-week low – while yields on Germany's 10-year Bund rose back above 2.0% and on UK 10-year Gilts surged to 4.20%.
That was the highest since 2008 when reached Monday last week amid the Sterling and Gilts crash following new finance minister Kwarteng's big-borrowing, tax-cutting "mini budget".
Shares in Swiss financial giant Credit Suisse meantime held onto this week's rally from lifetime lows as the troubled bank put up for sale the 5-star Savoy Hotel in Zurich which it owns.
The Swiss central bank said yesterday it is "monitoring the situation [and CS's] strategy". New rumors today claimed that CS is looking for an outside investor to buy its investment and advisory business.
"We see gold losing steam and again drifting toward our target of $1580 over the coming months," says technical chart analysis from Canadian brokerage TD Securities, "as the Fed continues to stick to its hawkish plan to move the Fed Funds above the 4.5% mark and keep rates in restrictive mode until inflation is licked."
Germany's Commerzbank meantime cut its year-end Dollar gold target of $1900 per ounce to $1800.
Euro gold prices however rose through €1740 per ounce for the first time since end-August on Thursday, while the UK Pound price of gold hit £1525.
That would be the highest since June if not for last Monday's spike to record highs of £1580 amid the new Conservative leadership's Sterling and Gilts crash.