END_OF_DOCUMENT_TOKEN_TO_BE_REPLACED

GOLD BULLION traded in London briefly touched $1800 per ounce Tuesday, also hitting new 1-month highs in UK Pounds and testing 8-week highs for Euro investors, as global stock markets slipped again with bond prices but crude oil extended its rally as Russia shut supplies to central Europe over a sanctioned payment.
The Dollar slipped on its trade-weighted index against the rest of the world's major currencies – but held above last Monday's 1-month low – following poor economic data.
London gold bullion today topped last Thursday's 1-month high to reach $1800 before edging back $3 per ounce ahead of this afternoon's price benchmark auction.
Silver and platinum meantime held close to last night's 6-week highs at $20.74 and $950 per ounce respectively, while the price of palladium – which finds 40% of new mine production in Russia – edged back towards Monday's 3-month high above $2,250
Tuesday's new US data said that productivity across the world's largest economy sank in the second quarter of 2022 at what would have been a 4-decade record pace if not for the 75-year record slump of Q1.
Driving the April-June slump in productivity, labor costs for business in the USA – where the jobless rate fell in July back to start-2020's half-century low – jumped 9.5% last quarter from Q2 2021, the fastest year-on-year inflation since the deep recession of 1981. 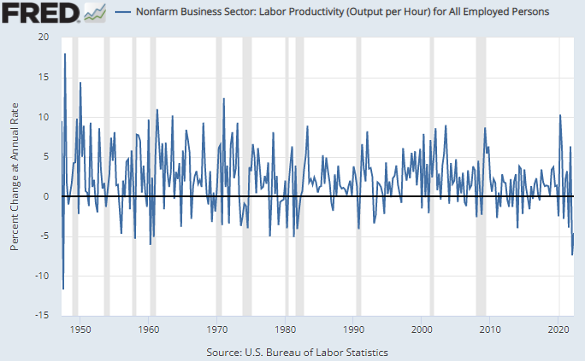 Russian oil pipeline operator Transneft today said it has suspended flows to central Europe through Ukraine after a payment for using the Druzhba route – also known as the 'Friendship' pipe – was blocked by Western sanctions.
Europe's benchmark Brent crude oil extended its gains to $5 per barrel from Friday's 6-month low near $92.
With Nato member Turkey set to buy Russian gas with Rubles, Ukraine's President Zelensky has called for new European sanctions against Russia's nuclear industry as Moscow's invading troops shell and besiege the Zaporizhzhia power plant in what he calls "nuclear terror".
The poor US productivity figures saw 3-month US Treasury bill yields fall back from yesterday's close of 2.65% per annum, the highest since January 2008.
Traders however continue to back a third consecutive Fed hike of 0.75 percentage points at the US central bank's next meeting in September, with the likelihood of rates being raised to a ceiling of 3.25% put this morning at 69.5% according to derivatives exchange the CME's FedWatch tool.
The rising price of gold in London meanwhile saw the premium for bullion landed in China – the precious metal's No.1 consumer nation – slump to $6.60 per ounce overnight, back below the typical incentive for new imports, after averaging the highest since September at nearly $9 per ounce last week.
So-called digital currency Bitcoin fell again, losing 2.5% for the day and falling to what was a 2.5-year low when hit in June.
The US Treasury yesterday banned US residents from using 'mixer' Tornado Cash, accusing the service of facilitating $7 billion in money laundering since 2019, including March's theft of $620m in digital assets by North Korean hackers.
Euro gold prices today held near €1757 per ounce, the highest since mid-June, while the UK gold bullion price rose to £1486, its highest since early July.