END_OF_DOCUMENT_TOKEN_TO_BE_REPLACED

GOLD PRICES fell Thursday as the European Central Bank made a record hike to its key interest rate but left the return on cash savings over 8 percentage points behind the 350-million citizen Eurozone's current pace of inflation.
Major government bond prices fell again, driving longer-term borrowing costs higher once more, while global stock markets resumed their fall after rising on Wednesday for the first time in 2 weeks on the MSCI World Index.
"The question is when will we see gold take on more of a safe-haven role," Reuters quotes one derivatives broker, "as we begin to see economies slow due to these rising rate hike policies."
GDP growth across the 19-nation Eurozone was today reported at 4.1% per year for the second quarter, beating analyst forecasts.
New jobless benefit claims in the US then came in below predictions for last week.
"My colleagues and I are strongly committed" to reducing inflation, said US Federal Reserve chief Jerome Powell in a speech, adding that "We think we can avoid the kind of very high social costs that Paul Volcker and the Fed had to bring into play" in the deep recession of the early 1980s by hiking rates faster than had happened in the 1970s.
The Fed in July took overnight Dollar interest rates to a ceiling of 2.50% per annum. Inflation in the US ran at 8.5%.
Gold priced in the Dollar dropped $20 from a 7-session high of $1728 per ounce at the start of New York trading today, while the Euro held above parity to the Dollar after slipping to new 2-decade lows versus the US currency overnight.
That pushed the Euro price of gold below €1710 per ounce, down 0.5% for the week so far.
"This major step frontloads the transition from the prevailing highly accommodative level of policy rates" said the ECB on Thursday as it announced its 0.75 percentage-point rate-hike from 0%.
"Inflation remains far too high," the Governing Council went on, noting that ECB economists have " significantly revised up their inflation projections" and "revised down markedly" their projections for the 19-nation currency union's GDP growth.
Vowing to be  "data-dependent" in its "meeting-by-meeting approach", the ECB said it "expects to raise interest rates further to dampen demand and guard against the risk of a persistent upward shift in inflation expectations," but it will also continue re-investing QE money from maturing government bonds in both its Asset purchase programme (APP) and pandemic emergency purchase programmes (PEPP), now holding Euro government debt equal to almost 70% of the region's annual economic output. 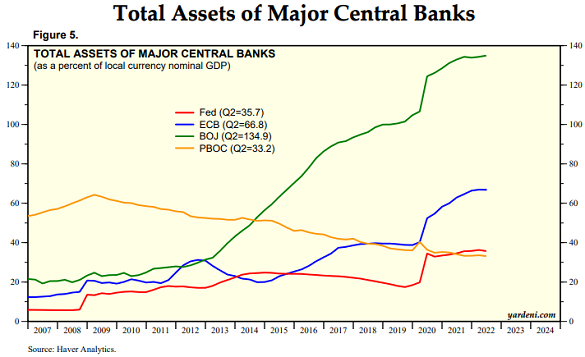 With 1 week until the Bank of England's next interest-rate decision – and 2 weeks until the US Fed's September decision – the Pound meantime extended its bounce from yesterday's fresh 4-decade lows versus the Dollar, peaking half-a-cent higher at $1.15600 as new UK Prime Minister Liz Truss announced plans to borrow £150 billion ($175bn) to pay electricity and natural gas providers full price while capping household energy bills for 2 years.
Lifting the UK's domestic ban on fracking for oil while asking nuclear and renewable generators to accept lower price contracts, Truss will offer similar price-cap support to UK businesses for 6 months.
Her plan will leave oil and gas producers with "eye-watering profits" said UK opposition Labour Party leader Keir Starmer, for which "the bill will be picked up by working people" through taxes.
The UK gold price in Pounds per ounce had earlier risen within £1.50 of £1500 per ounce, setting a new 2-month high, before falling through £1490.
Silver prices meantime outpeformed gold for the day, holding higher for the week so far against the almighty US Dollar at almost $1 above last week's new 2-year low of $17.57 per ounce.