END_OF_DOCUMENT_TOKEN_TO_BE_REPLACED

GOLD BULLION prices fell in London trade Thursday, losing 1.8% from this week's 3-month high in US Dollar terms as global bond, stock market and commodity prices all dropped after yet another member of the Federal Reserve said the US central bank is a long way from finished raising rates to try fighting inflation.
The UK Government meantime unveiled its long-awaited 'austerity' plans, aimed at reducing the nation's budget deficit following the disastrous tax-cutting budget launched only 8 weeks ago.
After San Fran Fed president Mary Daly joined colleagues already saying that "pausing is off the table" on Wednesday, "The change in the monetary policy stance appears to have had only limited effects on observed inflation," James Bullard of the St.Louis Fed today said that the US policy rate "is not yet sufficiently restrictive [to fight inflation] even under the most generous interpretation."
Dropping to $1753 per ounce – down 3.7% for 2022 so far – the gold price also dipped through €1700 for the first time in a week for Eurozone investors and traders, showing a 5.8% rise since New Year.
The UK gold price in Pounds per ounce meantime rose 0.8% to £1493, more than 10% higher for 2022 to date, as new finance minister Jeremy Hunt announced an 'austerity' budget despite unanimous forecasts for the longest UK recession since the 1920s.
The Pound fell by 1.5 cents to the Dollar, dropping near $1.18 – close to a 3-decade low when reached this summer but more than 10% above late-September's near-record low following the ruling Conservative party's previous leadership announcing the biggest budget-deficit shock since 1972.
Raising benefits but capping public-sector pay while increasing taxation from what is already the highest burden in 7 decades, today's UK budget cut the Debt Management Office's total borrowing requirement for the current financial year by 13.5% from Kwasi Kwarteng's ' mini budget' needs of 8 weeks ago, but still exceeds March's initial forecast by more than 1/3rd at £203 billion ($240bn)
"Markets rejected Trussomics because the package was incoherent, not because the deficit was out of line with global peers," says columnist Ambrose Evans-Pritchard in the Conservative-backing Telegraph newspaper, calling for the UK Government to raise spending and cut taxes in the face of recession instead of tightening fiscal policy.
"The UK does not face a sovereign debt crisis, any more than it faced the 'Greek' fate alleged by [austerity chancellor George] Osborne in 2010." 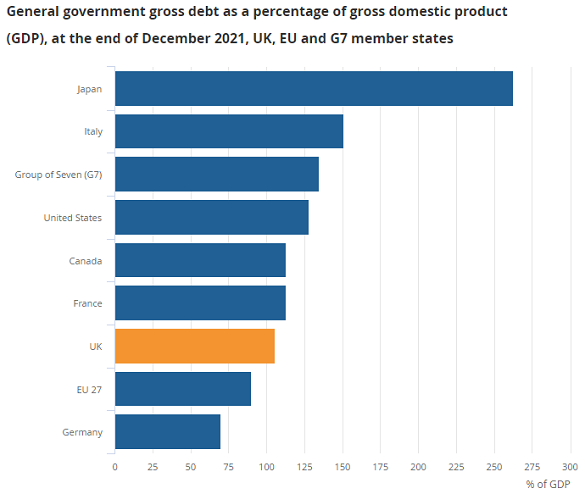 For Dollar-priced bullion, "Gold appears to have run out of steam," Reuters quotes one spread-betting analyst, "as the recent decline in the US Dollar starts to find a bit of a base."
The giant SPDR Gold Trust (NYSEArca: GLD) – favored by wealth managers and other institutional investors looking for gold-price exposure, despite charging some of the highest fees in the gold ETF space – yesterday expanded for only the 4th session of 12 so far in November, with the number of shares in issue rising 0.2% from Tuesday's new 34-month low.
"I wouldn't write off gold just because it's not performed in 2022," says Tapan Datta, global head of asset allocation at insurance giant Aon, "
"If we get into a recession and yields fall, and if equities haven't revived or revived stronger, then I think gold potentially begins another leg up."
"[But] the large-scale institutional funds' [out] flows in the face of the long-Dollar, long-yields trade are understandable," notes bullion analyst Rhona O'Connell at brokerage StoneX.