END_OF_DOCUMENT_TOKEN_TO_BE_REPLACED

GOLD PRICES slipped 0.4% on Monday in London against the Dollar  as world stock markets traded cautiously ahead of the key US Federal Reserve and Bank of Japan meetings this week, writes Atsuko Whitehouse at BullionVault.

The Nikkei share average climbed at the start but ended flat, while London's FTSE100 marked near 1-year highs before turning negative after new data said industrial orders have fallen so far in July following the Brexit referendum result.

The Dollar hit a 4-month high on the forex market last Friday, but slipped slightly this morning.

The Federal Reserve will deliver its latest policy decision this Wednesday.

“Markets have recently repriced somewhat higher the chances for [US Fed] rate hikes this year, with around a 25% market-implied probability by September, and just over a 45% probability by December,” Ethan Harris, economist at Bank of America notes, reported the Financial Times.

Mr Harris continued, “We would not expect the July FOMC statement to materially change those probabilities, as we do not anticipate any substantive changes: the Fed is still watching the post-Brexit data evolve and should remain cautious overall.”

On Sunday a communique issued by the G20 ministers at the end of the two-day meeting in China said Brexit had added to uncertainty in the global economy where growth was "weaker than desirable". It added that members, however, were "well positioned to proactively address the potential economic and financial consequences".

"In light of recent developments, we reiterate our determination to use all policy tools – monetary, fiscal and structural – individually and collectively to achieve our goal of strong, sustainable, balanced and inclusive growth."

The Bank of Japan meets this Friday to decide whether to apply yet more economic stimulus.

Last week The Governor of the Bank of Japan Haruhiko Kuroda ruled out the idea of using "helicopter money" - or directly underwriting the budget deficit - to combat deflation in an interview, recorded in mid-June by BBC.

After these remarks and also the ECB not changing financial policy the Dow Jones Average fell more than 79 points on 22nd July. 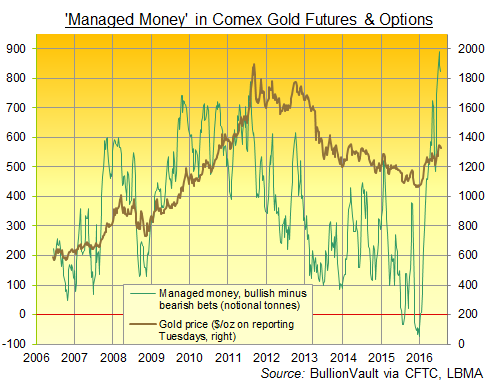 As for Silver, Net long positions on US commodity exchange COMEX jumped 7% in the week to 19th July, setting a fresh record.

Silver price in US dollar on Monday morning also dipped 1%.