END_OF_DOCUMENT_TOKEN_TO_BE_REPLACED

GOLD priced in the Dollar fell into the finish of London trade today, slipping 0.4% from last Friday's 13-week closing high as the largest gold-backed ETF investment trusts shrank after a raft of Federal Reserve officials repeated that they're not done hiking interest rates to try fighting inflation at 4-decade highs.
Trading at $1752 per ounce, gold bullion slipped to £1474 per ounce for UK investors and €1696 in Euro terms, down 1.6% and 0.8% respectively from last Friday's PM London benchmarking auctions.
"Gold is pausing for breath after a lively couple of weeks," says a note from bullion-market specialist Rhona O'Connell at brokerage StoneX.
"The technical [ie, chart analysis] construction turned bullish [but gold] has been in overbought territory and needed to consolidate."
Silver prices fell harder than gold this week, down 2.1% for the week in US Dollars to just above $21 per ounce, and losing 3.3% in Sterling to $17.67 and down 2.8% in Euros to €20.30.
Looking ahead, and with headline US inflation slowing 1.1 percentage points in October from June's 40-year record of 9.0%, interest-rate expectations "are still to the fore [in] the increasingly vocal debate about the need or otherwise for the Fed to come off the gas," says O'Connell.
"[But] at present the hawks still appear to have the upper hand." 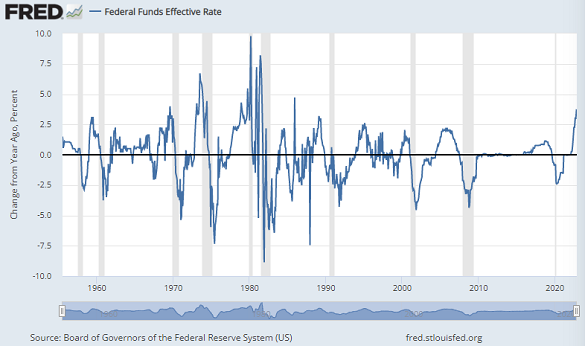 With the US central bank now raising its key interest rate at the fastest year-over-year pace since the 'Super Dollar' era of the mid-1980s, the Fed has also been tightening policy in longer-term interest rates by reducing its holdings of Treasury bonds and mortgage-backed debt.
Total assets held by the Fed are now at a 53-week low of $8.625 trillion, down 3.8% from April's record peak.
The European Central Bank has meantime raised overnight borrowing rates in the world's 2nd-largest currency bloc  faster even than when it hiked into the global financial crisis starting in 2007, and also started this week to reduce the 19-nation union's money supply by inviting commercial banks to repay some of the super-cheap loans it made when it pushed interest rates below zero in 2014 and then extended during the Covid Crisis of 2020-2021.
Instead of the half-trillion Euros analysts expected however, Eurozone banks today offered to repay just €296 billion of the €2.2 trillion outstanding in targeted longer-term refinancing operations (TLTROs).
"Below expectations," notes Frederik Ducrozet, head of macro research at Swiss private banking group Pictet, "but... banks may need more time and may still use the next repayment windows in larger size."
Giant gold-backed ETF the SPDR Gold Trust (NYSEArca: GLD) ended Thursday's trade in New York unchanged in size, needing a little over 906 tonnes of bullion backing – just 0.2% off Tuesday's new pre-Covid low and down 0.4% for the week.
No.2 gold ETF competitor the iShares Gold Trust (NYSEArca: IAU) meantime shrank for the first time in 4 sessions, on track for its 12th consecutive weekly outflow of investor money.
"We expect to raise rates further, and withdrawing accommodation may not be enough," said ECB president Christine Lagarde in a speech Friday.
With Euro deposit rates now 9 whole percentage points below record CPI inflation above 10% per year, "Ultimately, we will raise rates to levels that bring inflation back down to our medium-term target [of 2.0%] in a timely manner," she said.
Here in the UK, where Bank of England rates now lag inflation by 8 percentage points, "We need fiscal and monetary policy to work together," said UK chancellor Jeremy Hunt in his first budget statement yesterday, "giving the world confidence in our ability to pay our debts."
Raising taxes and cutting spending by the most since his Conservative Party's 'austerity' of a decade ago, "[That's why] we take difficult decisions to tackle inflation and keep mortgage rises down," said Hunt, making the UK "the first major Western economy to try to limit debt growth after piling on spending from pandemic and new energy subsidies" according to the Wall Street Journal.