END_OF_DOCUMENT_TOKEN_TO_BE_REPLACED

GOLD PRICES retreated $10 per ounce Wednesday from yesterday's 2-week high of $1745 as tensions between China and neighboring Asian states worsened and the IMF raised its global GDP forecasts for 2021's rebound from the Covid Crisis.
The Washington-based think tank and sovereign lender also urged national governments to impose a "solidarity tax" on profitable businesses and high-earning citizens so that "everybody contributes to the effort necessary for recovery from Covid-19."
New cases of the virus continue to set or hold daily records in many major and emerging economies yesterday, with Brazil reporting over 4,000 deaths.
Global economic activity shrank only 3.3% last year according to the International Monetary Fund's latest estimates, 1.1 points less than guessed in October, while 2021's GDP growth is now predicted at 6.0%, up from the previous 5.2% forecast. 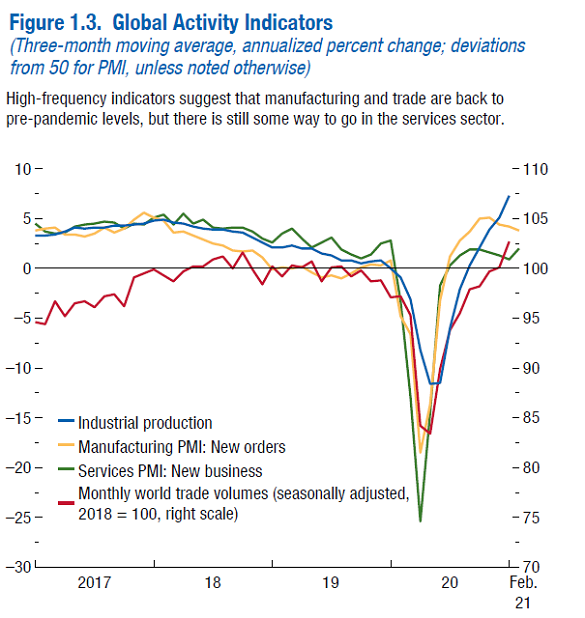 Betting in the Eurodollar market suggests the US Federal Reserve will start raising its key interest rate by the end of 2022, the Financial Times reports, rather than at start 2024 as the central bank keeps repeating.
"It makes sense that people are pricing in a rate hike before what the Fed's projecting," says one strategist, "[but] the Fed has given very clear communication on its intention to let the economy run super hot."
Longer-term interest rates in the bond market eased back again Wednesday from their recent surge to multi-year highs, with 10-year US Treasury yields dropping to 1.66% per annum.
Gold has now lost $325 per ounce since peaking as 10-year yield re-touched last spring's Covid Crash lows of 0.52% in early August.
Hungary's central bank meantime said Wednesday it has tripled its gold reserves from 31.5 to 94.5 tonnes, moving it "from the middle of the international list to the top third by March 2021."
The news follows last month's comments from Poland's central-bank chief that he would like to add 100 tonnes to Warsaw's current 229-tonne reserves "over the next few years".
"The picture for central bank demand remains somewhat uncertain," said a note from the mining-industry's World Gold Council posted ahead of Magyar Nemzeti Bank's announcement and based on February data, "with the sector bobbing between net sales and net purchases in recent months" led by solid selling from former top buyers Russia and Turkey.
Meantime in East Asia, the threat to US ally Taiwan from China is "not yet particularly alarming," said the Taiwanese Foreign Minister Joseph Wu today, "[but] we are willing to defend ourselves, that's without any question."
"We have indications that the risks are actually going up," the United States' most senior Asia-Pacific commander told the US Senate last month, forecasting that an attempted invasion of what Beijing refuses to accept is a separate sovereign state "is manifest during this decade – in fact, in the next six years."
China should "get out of there" said the Philippines' top legal counsel on Monday of the 200 militarized vessels anchored since early March around the disputed Whitsun Reef, calling China's “present territorial incursions...an unwelcome stain" on their relationship which "may trigger unwanted hostilities."
China's domestic market today saw gold reach its strongest premium over London quotes in a month, offering an incentive to new imports of more than $11 per ounce – a marked contrast with 2020's record run of discounts as demand in the metal's No.1 consumer market collapsed amid the Covid Crisis.