END_OF_DOCUMENT_TOKEN_TO_BE_REPLACED

GOLD PRICES jumped 1.2% overnight in Asia to come within $3 of $1200 per ounce, but slipped back in Monday's London trade as the Dollar reversed an early drop following a bullish forecast for US economic growth under President-Elect Donald Trump from the OECD.
As the US currency regained all its overnight losses towards 2-week lows on the currency market, gold priced in Dollars dropped back to unchanged from Friday's finish, slipping within 1% of last week's near 6-month low of $1172 per ounce.
Silver bullion prices also gave back earlier gains as the Dollar rallied hard – dropping 2% back to $16.53 per ounce – following the upgrade in US growth forecast by the Paris-based Organisation for Economic Cooperation and Development.
Urging an end to the 'austerity' measures it recommended to governments worldwide during the global financial crisis, "[Trump's] fiscal stance is...expansionary as public spending and investment rise, while taxes are cut," says the OECD in its new report.
"This will provide a boost to the economy, particularly in 2018" when the OECD now sees US GDP expanding by 3.0% annually. 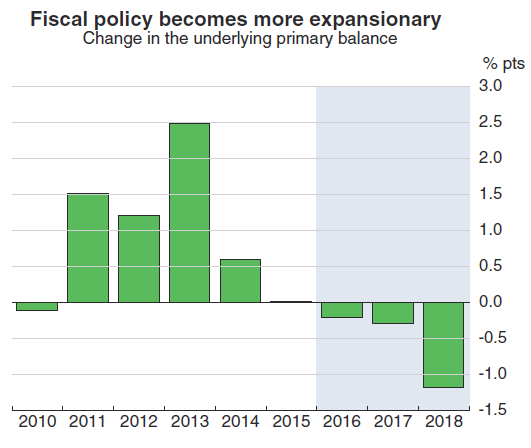 With key US jobs data due Friday this week, fewer than 1-in-50 bets on US futures contracts today saw the Federal Reserve holdings its key interest rate at a ceiling of 0.50% when it meets in mid-December, putting a virtual certainty on the first hike since last December's long-awaited 2015 "lift off" from 7 years at zero.
Only 9% of bets on November 2017 rates now see that month's ceiling reaching 1.50% or above however – requiring at least 4 hikes of 25 basis points each over the next 12 months.
Shrinking by 70 tonnes since the day of Trump's election – and adding 54% to the world's new gold mining output over that time – the world's largest gold ETF, the giant SPDR Gold Trust (NYSEArca:GLD), has now shrunk for 11 trading days in a row.
That's the longest stretch for the 12-year old trust fund since its record 22 unbroken days of decline starting 9 April 2013, just as gold prices began a $1 trillion crash.
Chinese gold prices meantime fixed $24 per ounce above comparable London quotes at the Shanghai Gold Exchange's wholesale bullion benchmarking on Monday, a new 3.5-year high.
Rumours reported by the Reuters news-wire Friday said Beijing may be limiting new import licenses as part of a plan to stem outflows of money from the world's second-largest economy.
Chinese government officials said overnight Beijing will continue to liberalize the Yuan, also refuting Friday's claims in the Wall Street Journal that it plans new exchange controls to block outflows – most notably "extra large" overseas investments or business takeovers costing $1 billion or more – after the currency fell to 8.5-year lows versis the Dollar amid talk of capital flight.
"As China's economy recovers and institutional reform improves the business environment, the money that has left will come back," said People's Bank vice-governor Yi Gang on Sunday.
China's GDP growth will slow to 6.1% in 2018 from 6.9% last year, the OECD's new forecast says.
Global growth will rise to 3.3% with the Eurozone forecast at barely half that, while the UK joins Japan at 1% or below.
Gold prices in India – now overtaken by China as the world No.1 consumer market – meantime held at a discount to London wholesale quotes as the nationwide cash crunch following the Modi Government's shock 'demonetisation' of the country's largest banknotes a fortnight ago continues to deter shopping, cash investments and trade nationwide.
"My shop should have been heavily rushed," says one Zaveri Bazaar gold dealer in Mumbai, complaining that sales are just 10% of the typical post-Diwali wedding season.
India's government bonds meantime fell hard in price Monday, together with banking shares, as the Reserve Bank imposed higher cash reserve ratios on lenders – slowing a surge in new borrowing – amid the flood of cash into deposit accounts ahead of the 500 and 1000 Rupee notes' 31 December deadline.