END_OF_DOCUMENT_TOKEN_TO_BE_REPLACED

AFTER TWO DECADES of booming asset markets and falling food, clothing and energy costs, it's suddenly getting hard to keep hold of your money, let alone grow it.

Inflation is destroying fixed-income bonds. Stocks have tipped into a bear market, down more than one-fifth worldwide. Real estate suffers both over-supply and an historic shortage (too many units vs. no mortgage finance). And this is clearly no time to launch a business relying on discretionary spending, consumer debt or prompt payment.

As for cash-on-deposit, you're fighting not only tax and inflation, but also the very real threat of banking failure. Anyone taking sizeable profits elsewhere has to go "on risk" until they've found a new home for their wealth. 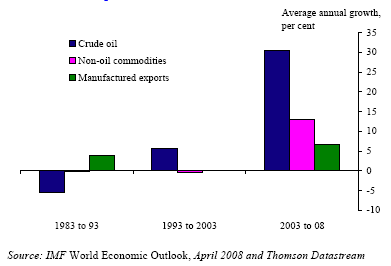 "Ironically," reports Mortgage News Daily, "while the Federal Deposit Insurance Corp. (FDIC) maintains a 'watch list' of banks in need of close supervision, IndyMac did not appear among the 90 names on the current roster."

Between the demise of Countrywide in March and its own collapse last week, IndyMac was briefly the second-largest independent mortgage provider in the United States. Now one-in-twenty of its customers is owed a deposit exceeding the insured US limit of $100,000. Attracted no doubt by the bank's offer of 4.75% per year in interest – twice the interest paid most everywhere else on $50,000 or above – they're now uninsured to the tune of $1 billion.

Of course, in hindsight, it's easy to guess the good reason why IndyMac was paying above-market interest. Like everyone else, it needed the cash – only much more so! And until the FDIC either finds a buyer or goes ahead with running the new IndyMac Federal Bank as a going concern, those uninsured depositors have been told they can access only one-half of their funds. The other half-a-billion remains out of reach

The takeover of IndyMac is expected to drain $4-8 billion from the FDIC's insurance pool. Quite what the Fed's new loans to Freddie Mac and Fannie Mae will do to the purchasing power of what's left – plus the Treasury's explicit promise to underwrite their bonds – remains to be seen. They owe some $5.5 trillion between them. Now the credit-ratings agency Standard & Poor's puts the full cost of a tax-funded bail out of the two government-sponsored home lenders at between $420bn and $1.1 trillion.

That compares, as the RGE Monitor reports, with a final cost to US taxpayers of $250bn for the Savings & Loan rescue of the mid-1980s (inflation-adjusted).

No bail out, of course, and the destruction of wealth hardly bears thinking about. But just what would an extra $1.1 trillion in US obligations mean for the value of existing dollars and T-bonds?

"[He] caused an Iron Chest to be brought, and put the Money in it, then drove Posts into the Ground in his Cellar, and chained it down to the Stakes, then chained it also to the Wall, and barricaded the Door and Window of the Cellar with Iron, and all for fear, not of Thieves to steal the Money, but for fear the Money, Chest and all should fly away into the Air..."

So wrote the anonymous hack behind The Chimera, a pamphlet recalling the French Way of Paying National Debts for investors in London in 1720. The French way, the author explained – just before the British got caught using the same trick – was to print new paper money in whatever quantity took the government's fancy, and use this new currency to pay off its creditors. It worked only as long as the paper retained some level of trust.

The anxious (if not deranged) investor described above was owed 10,000 crowns in such paper. But he gladly sold his claim for 2,500 in actual coin. Because a smaller quantity of very real wealth still beats a great sum of value-less debt.

Is that where investors today should hide their wealth, securely and safely? Inflation in prices and deflation in assets is an ugly combination. It also turns the "Long Boom" of the last 25 years on its head. So a growing number of advisors would point you to that long-forgotten asset class – physical gold or perhaps silver – as a rare store of wealth.

It might also help that you can chain down this wealth behind a thick vault door, deep underground.

"There really is no other place to hide," believes Stephen Platt, an analyst at Archer Financial Services. "Gold's about the only real currency out there that might hold value."

Even after trebling in price from the low of eight years ago, there may be plenty of room for gold to rise from here. "In 1959, the amount invested in gold was about one-fifth of the market value of all US common stocks," writes Peter Bernstein in his classic, The Power of Gold. "In 1980, the $1.6 trillion invested in gold exceeded the market value of $1.4 trillion in US stocks."

The sum total of Gold Investment lags far behind the value of stock and bond markets today. Indeed, a 2005 study from Tocqueville Asset Management noted that, if taken altogether, "the market cap of all above-ground gold – including central bank reserves – [now] equals about 1.4% of global financial assets.

"In 1934 and 1982," on the other hand, "when investor stress reached extreme readings, that percentage was between 20% to 25%." If you wanted to steal a march on the market, you might want to consider moving that portion of your wealth into physical gold today.

No, the metal isn't guaranteed to keep gaining as "investor stress" rises to match the Great Depression or early '80s recession. But nor will its value fly away into the air.

For as long as the cost of living is rising but asset-prices are falling, that should prove a major advantage over holding bonds, stocks or cash.