END_OF_DOCUMENT_TOKEN_TO_BE_REPLACED

Yet more mischief from cheap US money – at college, in emerging markets, everywhere...
ENJOY your monthly dose of non-farms nonsense on Friday? asks Adrian Ash at BullionVault.
Gold and silver both erased Thursday's drop when the latest US jobs figures were released. Set your gold or silver chart to one-week (1w) to see the silliness.
But were August's non-farm payrolls really so meaningless? Cutting the jobless rate is one-half of the US Federal Reserve's mandate (the other is beating inflation – or whisking it, perhaps, after folding in egg whites). And whatever he does (or doesn't do) to quantitative easing at next week's much-awaited policy meeting, Fed chairman Bernanke has made a 7.0% jobless rate a key condition for any talk of raising Dollar interest rates from zero.
Last month's tick down to 7.3% in the unemployment rate, however, showed that other things are happening to US jobs beyond hiring and firing. Most notably, people are quitting the jobs market altogether. More notably still, men and women under the age of 35. Those under 24 have gone AWOL. 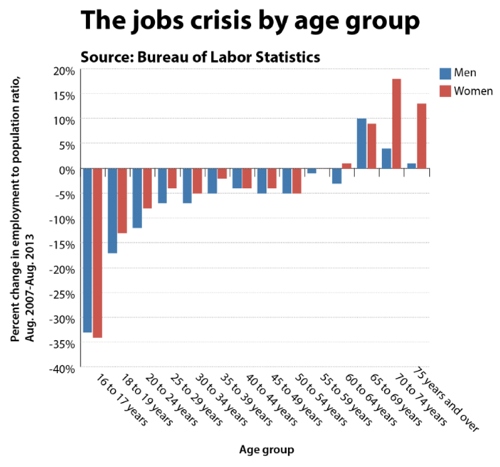 Losing young earners to welfare is bad; losing them to college is good, or so everyone thinks. No one's quite sure which of paths Generation Why has chosen just yet. But even education, sadly, is another dead end. At least as we account it today, in Dollars and cents, rather than merely for the good of knowing more stuff. Because now government has made college education a social goal, more equals better – and so all equals best – and it's just one more thing government can't help but screw up.
Student loans are a scandal, as Rolling Stone showed last month. They're also adding to America's personal debt burden (horribly so for the individuals trapped by the scam). At the same time, extending education long into the start of middle-age income capacity only worsens the dependency ratio of earning workers to idlers.
Even economics graduates are meantime figuring out that, if you keep pumping money into a market, its prices will keep rising. That goes double when the money is borrowed, as the subprime bubble showed. Data show the annual cost of attending college – in real, inflation-adjusted terms – rising two to three-fold in the last 30 years. Has the fun, education or benefit really grown three times greater as well?
Make cash available to would-be students, would-be homeowners, or would-be retirees, and they'll take it. Especially if they buy the shtick about "investing" in the future. Their sellers, agents, colleges and brokers will then take that cash back off them. The cost of an education, mortgage or retirement will of course have risen faster than any "return" the degree, home or pension product might pay.

"Many finance-sector analysts," wrote Matt Taibbi in that Rolling Stone story last month, "see the problem as being founded in ill-considered social engineering, an unrealistic desire to put as many kids into college as possible that mirrors the state's home-ownership goals that many conservatives still believe fueled the mortgage crisis.
"Others...view the easy money [made available by state-subsidized student loans] as the massive subsidy for an education industry which spent between $88 million and $110 million lobbying government in each of the past six years, and historically has spent recklessly no matter who happened to be footing the bill – parents, states, the federal government, young people, whomever." 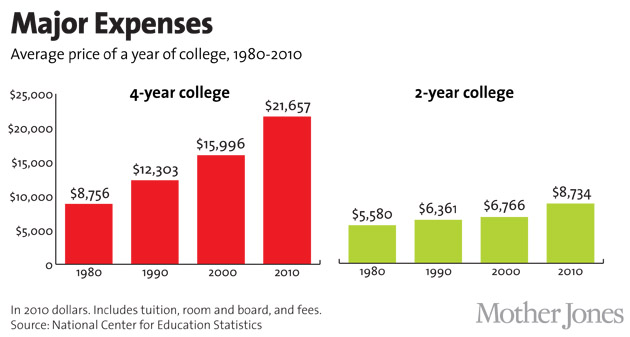 It's hardly a US illness alone, of course. The day that new data showed first-time home buyers in London now need a deposit of £64,000 on average (call it a round $100,000), new Bank of England chief Mark Carney said "it would not make sense to choke off the recovery by raising interest rates prematurely."
But back at the fount of all easy money, however, next week's Fed decision on cutting the US central bank's money printing is no longer a domestic question. QE tapering has plainly hurt emerging markets, because QE so plainly poured hot money in. Yes, the G20 summit in St.Petersburg managed to avoid too much unpleasantness on the subject – just like it avoided sparking WWIII between the US and Russia over Syria. But now the IMF's Christine Lagarde has joined Asian and Latin American leaders in saying Washington should also embrace its role as the world's No.1 liquidity pump too.
You can see what's at stake by glancing at the ISE stock market traded in Ankara, Turkey, for instance... 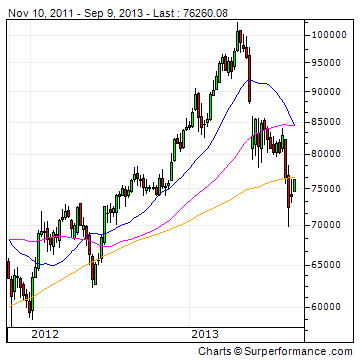 The US takes its role of "world's policeman" very seriously. The world's poorer but fastest-growing economies also need more money to flow out of the Fed, or so says Lagarde. No wonder so many of them choose to buy gold the moment they gather some disposable savings.
US college students might well wonder when the cheap-money spigots will shut off. The first to go thirsty would no doubt feel left out at first. But might their losses really outweigh those of the last to get drowned?
Half-a-decade after the Lehmans' collapse and AIG bail-out, "The Dollar-centric nature of the global monetary system has not been fixed," writes Steven Barrow, currency strategist at Standard Bank in London. "In fact, it's probably far worse given the Fed's monetary tactics these past five years."
A policeman who pushes cheap loans. Shall we never be free?