END_OF_DOCUMENT_TOKEN_TO_BE_REPLACED

Not until the NEBR says so...

SO DID the US just enter a recession? It depends on who you ask, says Frank Holmes at US Global Investors.

As you no doubt heard, US real gross domestic product (GDP) shrank for the second consecutive quarter, falling 0.2% in the June period after a decline of 0.4% three months earlier.

For many people, this is a clear indicator that the country is in recession.

But according to the committee that's responsible for making the official call on what constitutes a recession, it's more complicated than that. 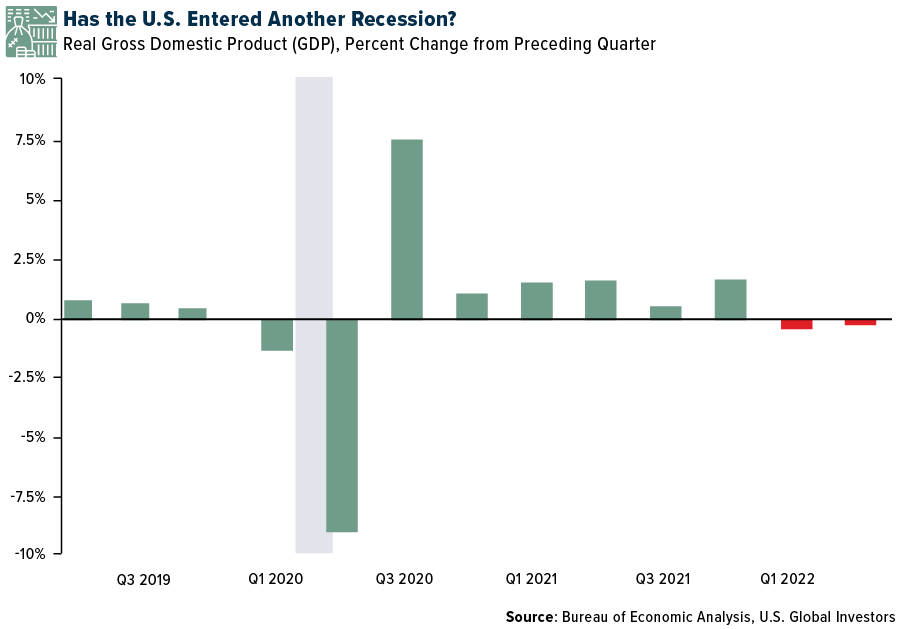 That committee is the Business Cycle Dating Committee, part of the US National Bureau of Economic Research (NBER).

Way back in November 2001, the eight-member group of economists sought to clarify how it defines a recession. Interestingly, the members said that they give "relatively little weight to real GDP because it is only measured quarterly and is subject to continuing, large revisions."

So if not GDP, what do they look at?

In the committee's eyes, a recession is "a significant decline in activity spread across the economy." This decline, it adds, is "visible in industrial production, employment, real income and wholesale-retail trade."

Some of the areas mentioned above are strong right now, while others are clearly slowing.

On the plus side, the US jobs market remains robust, and wages and salaries continue to grow. In the second quarter, the employment cost index (ECI), which measures total compensation for private workers in all industries and occupations, rose 5.5% compared to the same quarter last year. Although the increase is not enough to keep up with inflation, it's a healthy jump nonetheless. 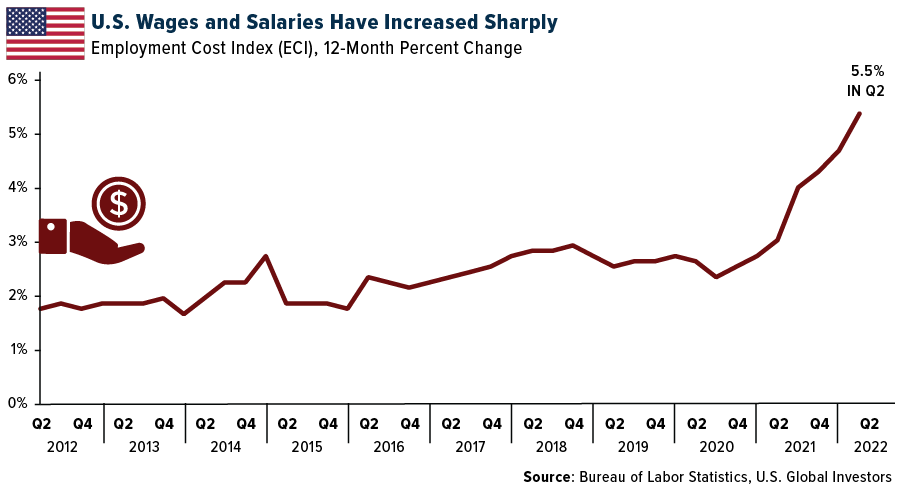 On the other hand, business activity appears to be slowing. The preliminary reading of the overall US business market showed that conditions deteriorated in July. The Flash US PMI Composite Output Index, which combines the services and manufacturing industries, came in at 47.5, the first contraction since June 2020.

The only part of the economy that reported modest expansion in July was manufacturing, which recorded a 52.2, virtually in line with expectations. 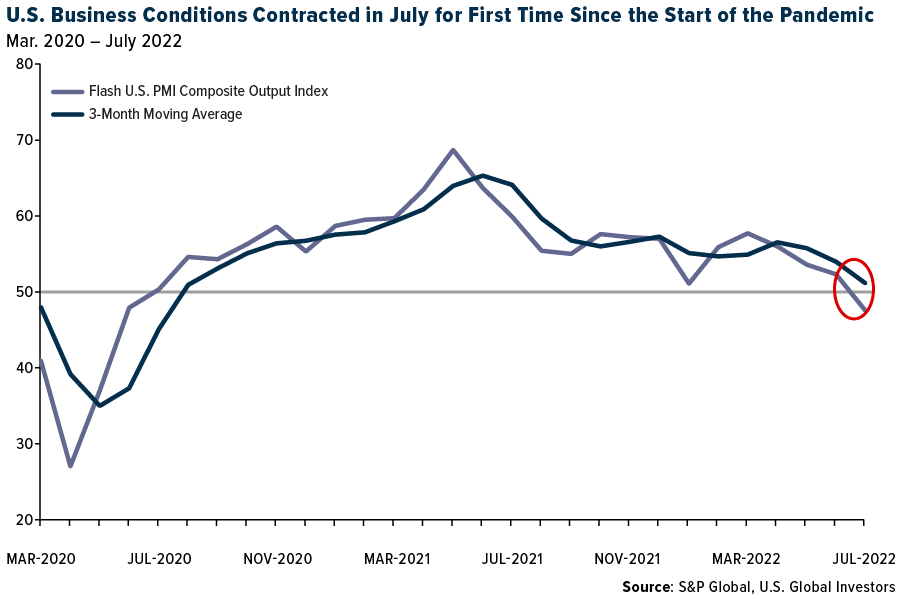 So again, has the US economy entered a recession?

The best answer to this question is: Maybe.

There are conflicting signals. Inflation-adjusted GDP has indeed fallen for two straight quarters, but this alone doesn't mean a pullback has begun, according to economists.

In fact, it's possible, although rare, for the economy to experience two or more quarters of negative growth and still not officially be in a recession. From what I can tell, the last time this happened was in 1947.

Similarly, the US economy can slip into a recession without recording a decrease in GDP for two quarters. This happened in 2001, during the dotcom bubble.

As you may know, there's a lot of controversy and disagreement right now surrounding the exact characteristics of a recession, just as there has been in the past. A member of the Reagan administration, for instance, tried to lobby the head of the NBER to roll the 1981-1982 recession into the 1980 recession, which occurred before President Ronald Reagan took office, so that it could be blamed on his predecessor.

Today, a lot of people want to be able to blame the Biden administration for an economic slowdown. They may get that chance.

For now, I believe the most important thing any of us as investors can do is hope for the best and prepare for the worst. That goes regardless of where you stand on this issue.

Consider what McKinsey & Company said last week. The consultancy firm stressed that now is a time "when companies can make the kind of pivot that strengthens their growth trajectory for the next several years." The companies that are in the best position to weather a potential slowdown and thrive afterward, according to McKinsey, have "strong balance sheets, low leverage and ample cash."

It's largely for this reason that US Global Investors has been building up its cash levels. In the event of a recession, and with interest rates on the rise, we want to have adequate amounts of dry powder to not only survive but also make acquisitions if the opportunity presents itself.