END_OF_DOCUMENT_TOKEN_TO_BE_REPLACED

The interplay between economic growth and US oil production...

SOME PEOPLE are getting rather excited over the rebound in US crude oil production, writes Gregor Macdonald.

Coming out of the new, historic low of 4.95 mbpd (million barrel per day) in 2008, the annual average of US production in the first four months of 2012 is currently on pace at 6.156 mbpd. This new production has largely been made possible by the price revolution in crude oil, which finally broke through the long-term, $25 ceiling during 2003-2004, and which is now mostly sustaining marginal production around the $90 level.

A question: has the US, since its own production peaked near 10 mbpd in 1971, seen this kind of production rebound before? Let's first take a look at the past decade: 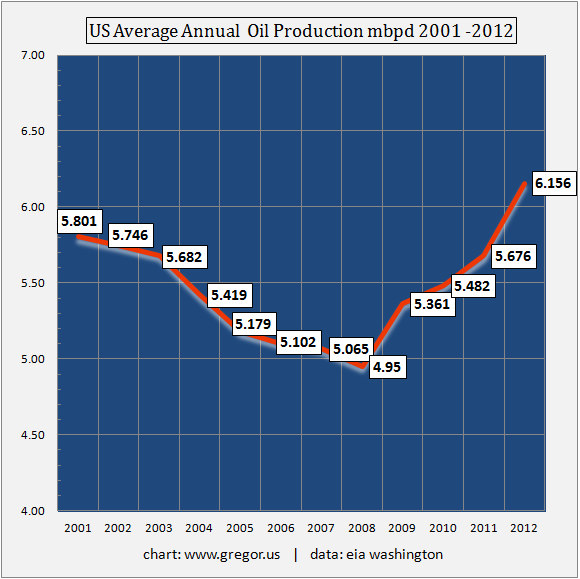 If maintained, the current rebound would add back a little more than a million barrels a day to US production, compared to the 2008 low. Some analysts fervently believe that, despite ongoing declines from existing US fields, that production will go even higher into the end of this decade.

Well, just leaving aside that issue for now, given that so much of this new production depends on sustained high prices, let's briefly take a look at a previous rebound in US oil production: 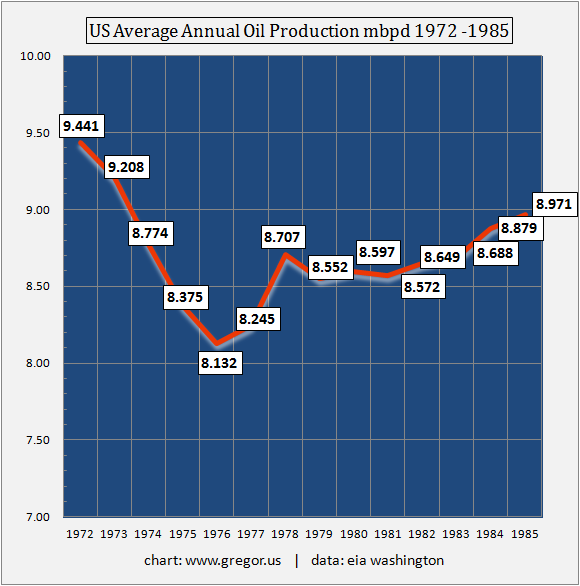 Coming out of the 1976 low, at 8.136 mbpd, US production rebounded over the following 9 years by 800 kbpd–not quite a million barrels per day. However, a volume comparable to the current rebound. Afterwards, the 40 year decline in US production resumed its decline.

The course of US production into 2020 will be more dependent than usual on price. An increasing portion of total global production is crowded into the marginal price band of $80-$100 a barrel, and yet the world economy appears to struggle–on the demand side–at that very same level. Thus, new marginal production in the US and elsewhere is fated to continually pass back and forth, in and out of the domain of economic viability, as the world economy chokes, recovers, and chokes on high oil prices.

Get the safest Gold Bullion at the lowest prices with BullionVault...