END_OF_DOCUMENT_TOKEN_TO_BE_REPLACED

Another small social pleasure done to death by the socialists...

WHAT BETTER WAY to mark New Labour's last budget in power than by granting a tax cut on bingo...?

Muddled and messy beyond all hope of purpose, Alistair Darling cut the duty on bingo from 22% to 20% on Wednesday. But that undid less than a third of his own bingo-tax hike from just two years before. And of course, Britain's own "Crisis Chancellor" (as Institutional Investor's front-page calls him this week, not spotting the joke) did nothing to rescind New Labour's smoking ban.

(The Fabians thought working-types only smoked when they drank, not when they gambled. Who'd have guessed it...?)

Bingo stocks may have jumped on the news today, but No.1 operator Rank says UK bingo-hall revenues are shrinking by one-fifth per year. So along with having a pint in your local, whatever small pleasure bingo afforded the plebs is just another social vice regulated by socialists into history's fortnightly bin collection.

Noblesse oblige this week; presumption of innocence two weeks from now. Please dump running your neighbours' children to school on the first Friday of each month; dispose of saving for the future the third. 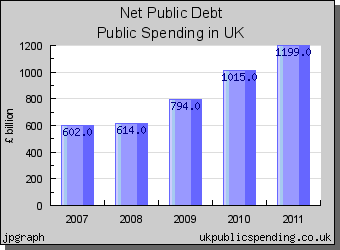 "It is the Tontine Act [of 1693] which should be taken to mark the origin of the national debt," reports a late historian.

Deriving its name from the Italian inventor, who first took it to France, "The tontine is an interesting mixture of group annuity, group life insurance, and lottery," says a paper at the NBER.

Scourge of Lehman Brothers, 2009 gold bug and now Tokyo bond bear David Einhorn recently said Japan might consider reviving the system. But whoever squeaks home in next year's UK election, the tontine route to raising funds will appeal most to London's government. Because gambling and cheap finance are just what we need. Preferably at home, so we can keep smoking too.

A way of raising money without having to pay it all back, the tontine as applied by the English state in the late 17th century offered lottery prizes of between £10 and £1,000 per year to the lucky holders of 2,500 tickets out of 100,000 sold. These annuities ended with the life of the holder, which back then made a fair bet for the state.

Gilt holders beware. Already paying less than inflation, today's tontine successors might soon become an out-and-out lottery. The Bank of England has monetized the entire fiscal deficit for 2009 to date. That sound you can hear, above the din of money creation grinding out 14% of GDP, is foreign creditors and the City grumbling about the UK state's credit rating.

Eyes down for an empty bingo hall – and vanished tax duty!