END_OF_DOCUMENT_TOKEN_TO_BE_REPLACED

Rising commodities & the fast-gaining Chinese Renminbi are pushing all US Dollar prices higher...

BACK IN OCTOBER '07, when Gold was trading at $750 per ounce, one US Dollar fetched 7.5 Chinese Renminbi Yuan (RMB), writes John Lee of GoldMau...

"For a US family that spends $300 to $500 a month on Chinese goods, I wrote in Gold and RMB – Last Shoe to Drop for the Dollar, "a further 40% appreciation of the RMB will translate into a $100 to $200 monthly cost increase. The logic of asking the Chinese to revalue their currency upwards is no different from asking the Saudi’s to jack up their oil price further, which is no logic at all for a US consumer."

In short, holding Dollars had become like playing musical chairs. When the music stopped, the one holding the most Green IOUs would lose.


Now, 7 months later, the RMB has since appreciated at the fastest 6-month pace on record, up over 7% and cracking through the psychological 7 RMB per Dollar barrier.

As a result, the talk of demanding the Chinese to revalue their currency has all but disappeared. 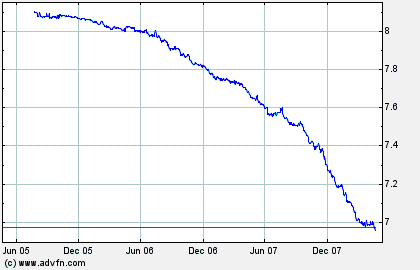 Looking across the last three years, the RMB exchange rate to the US Dollar shows no signs of slowing down. 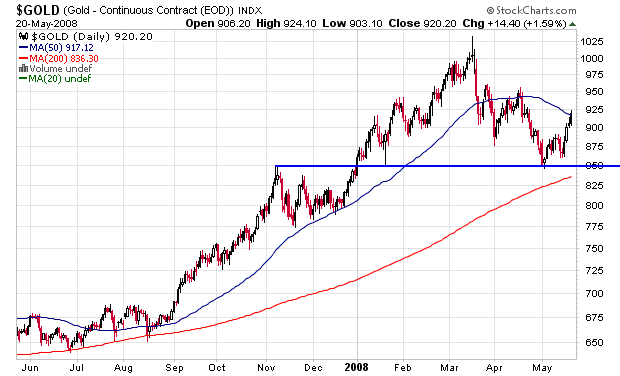 Fast-rising commodity prices and the fast-appreciating Chinese RMB are putting up the price of everything measured in US Dollars. Unheard of in the past decade, computer prices are going up for the first time in recent memory.

So let’s do an experiment...

If we fix the RMB-denominated Gold Price at the recent level of RMB 6,425 per ounce – and assume it will remain constant – then the price of gold will reach $1,285 per ounce if the Chinese currency reaches our target of 5 RMB to $1 by the end of 2009.

There are those who predict a rebound of the Dollar Index and a protracted Gold Price of $800 per ounce or even lower. They just don’t get the message.

Gold is an international market. Physical gold demand comes mostly from Asia – and for as long as Asian currencies keep strengthening, the USD-denominated Gold Price will keep going up, regardless of what happens to the US Dollar index.

Our 2009 gold target of almost $1,300 per ounce does not factor in external elements such as geo-politics or the speculative herd-following frenzy. I have a feeling this once-unthinkable 4-digit target will turn out to be too conservative.