END_OF_DOCUMENT_TOKEN_TO_BE_REPLACED

Including Singapore's challenge to Hong Kong and China in Asia's gold bullion market...
FOUR YEARS AGO, back when gold prices rallied within spitting distance of their all-time 2011 highs, the professional market's premier event – the annual London Bullion Market Association conference – took it to Hong Kong, writes Adrian Ash at BullionVault.
Heart of East Asia's gold trade, Hong Kong remains today the key import point for gold into world No.1 consumer China, bigger than direct shipping to Shanghai or Beijing.
Yet at LBMA 2012, any delegate picking up their complementary copy of the Financial Times at the Grand Hyatt in Hong Kong found a different Asian city advertising across the front page...
...with its bold-as-brass advert appearing again in this week's LBMA 2016 delegate pack... 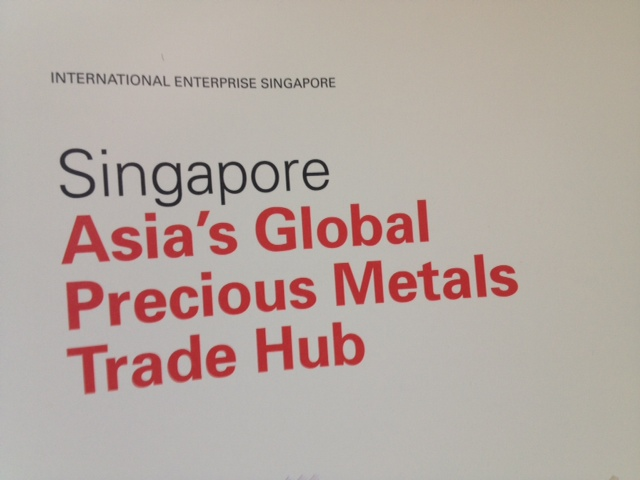