END_OF_DOCUMENT_TOKEN_TO_BE_REPLACED

IF YOU hear one peep out of the gold community about a precious metals "take down", "attack" or any other such aggressive or war-like language ,you will then be hearing some old fashioned and promotional gold bug orthodoxy, writes Gary Tanashian in his Notes from the Rabbit Hole.

Fortunately, a casual look around the Bug-o-Sphere does not yield too many obvious conspiracy theorists or importantly, cheerleaders.

Indeed, it seems that all too many bugs expected this correction in gold, silver and the miners. That is a good thing because, when the real top comes, these ladies are going to be out front and greed will be running rampant (quite possibly against a negative fundamental or valuation backdrop as in 2008).

Instead, everybody it seems knew about the high risk Commitments of Traders situation for gold and silver coming into September.

The CoT is not a timer, but for weeks now it had been a condition that's been in place for a correction. It's not a "take down", it's a condition of too much speculation that had to be addressed. 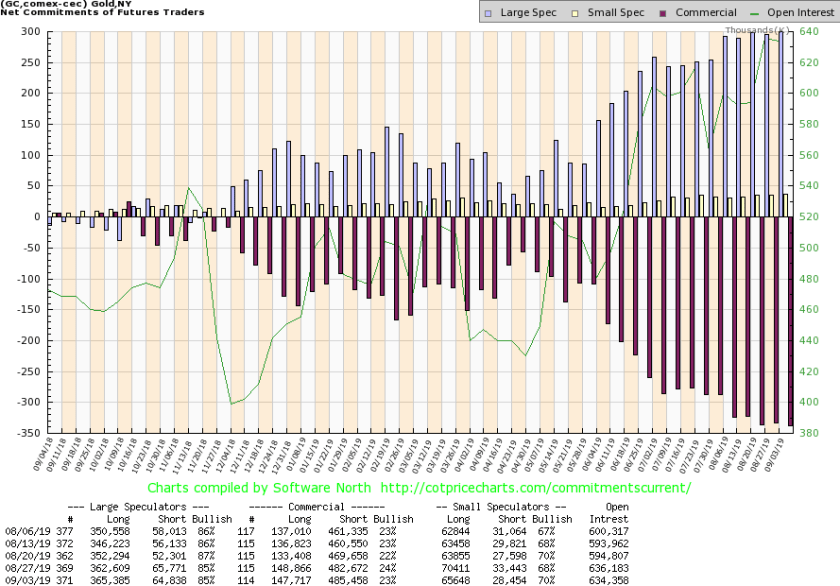 As per the CoT, Hulbert's HGNSI and the extreme overbought readings first in the gold price, but then dynamically in the silver price and the miners gathered to form a high-risk situation, the time to take some profits was over the last couple of weeks, not now.

Gold oriented newsletters appear to have jerked over bullish with the latest headfake rise in the gold price. 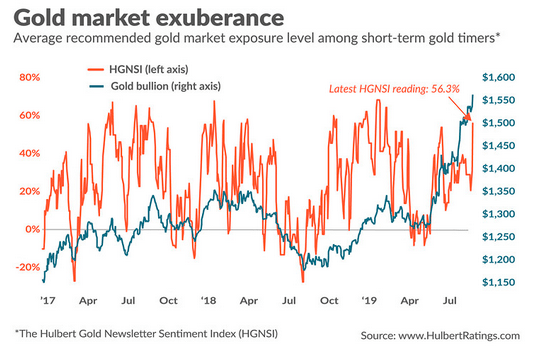 Now is the time for prepared players to be thinking like buyers once again. Personally, it's been a while (May-June) since I've had similar thoughts. The initial price target for gold has been the mid to high 1500s and folks, gold is not only not obligated to go any higher in the near-term, it shouldn't go higher unless it would create a more dangerous blow off type situation.

In line with other markers shown above, it's a very normal point for a pullback from an extreme overbought situation. Early in the precious metals rally we noted it was a "launch", not a blow off as some gold perma-bears were calling it. But now we've likely had a mini blow off of the launch phase, if that makes any sense. 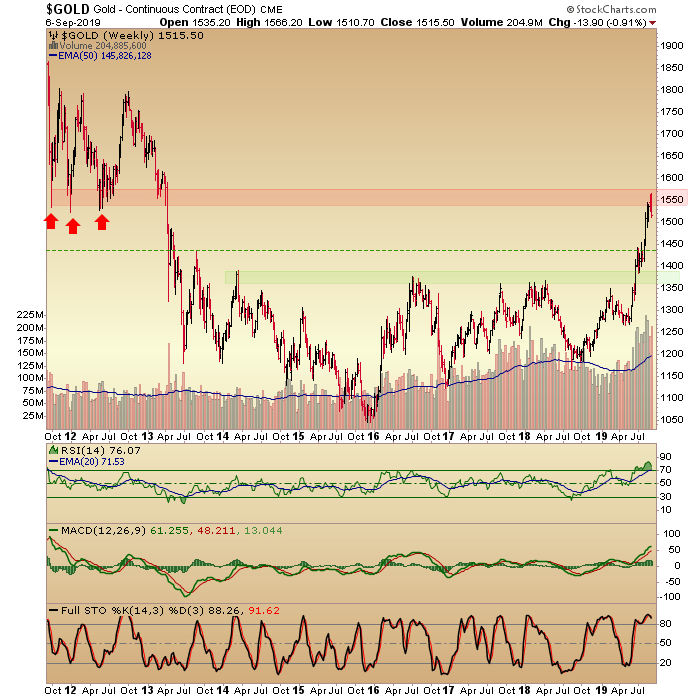 After gold crossed its bull/bear line at $1378 back in June, silver stored up all that energy and went nearly vertical over the last 1.5 months. It took out the NFTRH 'best' target for the move, which was in the $18.60s. I had no sooner noted that I was wrong on the exact target when on the weekly candle I turned out to be right again. Funny how these things work. 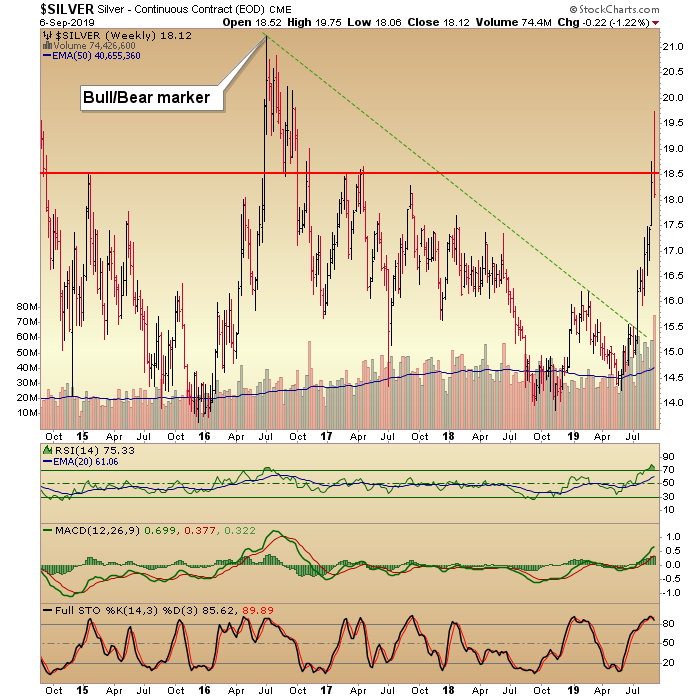 Bottom line? Gold, silver and the miners needed a pullback from extremely overbought readings. Just as bear market rallies can be pretty intense, so too can bull market pullbacks.

That is not to say the precious metals are in a major bull market. For several valid reasons that assertion is far from proven. So for now we'll let the cheerleaders do the cheering and go about carrying a rational narrative forward.

Our conservative targets for HUI are significantly higher even in the event that the sector is not in a major bull. I like that; manage conservatively (which had us fully prepared for this week's pullback) but also be ready to capitalize.

This weekend we begin the work of plotting pullback buy levels in the miners and the metals. But we also keep open minds with respect to how over done the sector became amid the media-stoked fears of the trade war, the inverted yield curve (a non-issue in the short-term) and other such things that investors and the public have been jittery about. Why, there is even a positive economic glimmer in play.

In 2003 to 2007 the gold sector played well with an inflationary economic up cycle. That could be in play again. But only weekly work will confirm or deny that and other cases.