END_OF_DOCUMENT_TOKEN_TO_BE_REPLACED

You can't plan for the unplannable. Buying gold might at least spread your risk...
LIKE quitting smoking again (now something of a pro') and pretending to drink a bit less (at least mid-week) a rally in prices to buy gold is becoming something of a New Year's tradition, writes Adrian Ash at BullionVault.
Eight times in the last 10 years gold prices have ended January higher than they started versus the US Dollar.
That contrasts with a strike rate of below 50% over the previous four decades. 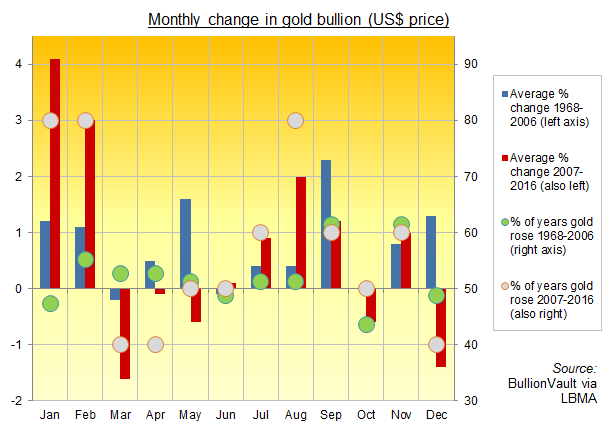