END_OF_DOCUMENT_TOKEN_TO_BE_REPLACED

The technical picture for silver...

LAST YEAR Silver Prices made an obvious cyclical top, and the tremendous gains from late 2008 into 2011 had to be corrected and digested, writes Jordan Roy-Byrne for The Daily Gold.

From May to July the market tested its lows successfully and formed support. The recent advance confirmed the lows and confirms that we are likely in a new cyclical bull market. Based on the technicals, Silver Prices and silver stocks continue to show tremendous long-term potential.

Below is a chart of our growth producer index which features 10 growth-oriented producers and is weighted somewhat by market capitalization. The market had a rip-roaring advance which lasted a total of 27 months. The correction lasted about 14 months (a 50% time retracement) and retraced about 50% in price. As you can see from the circles, the low occurred in May and was retested multiple times over the summer. 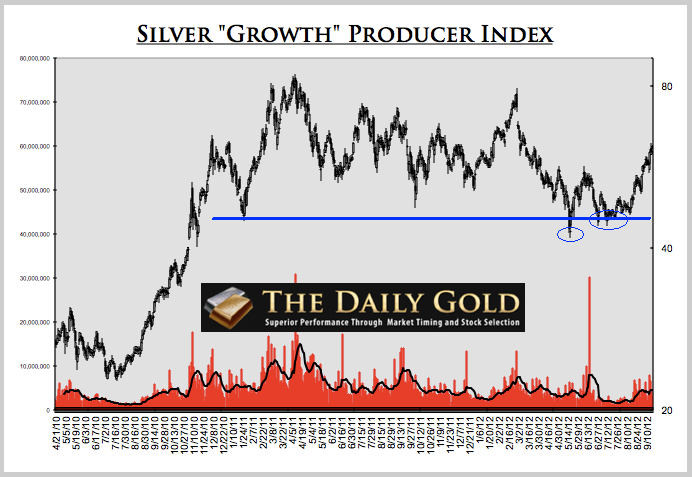 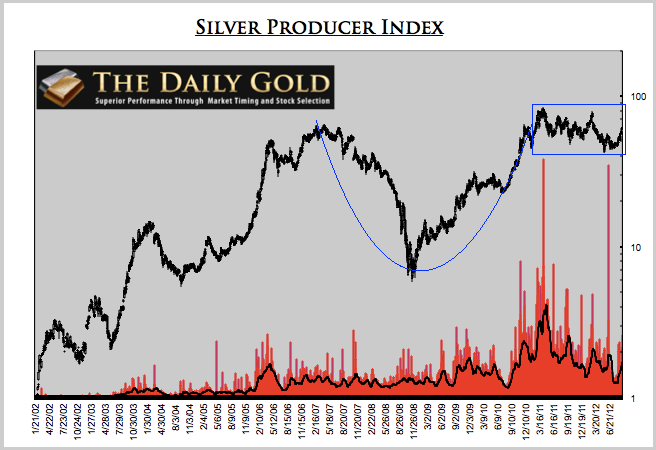 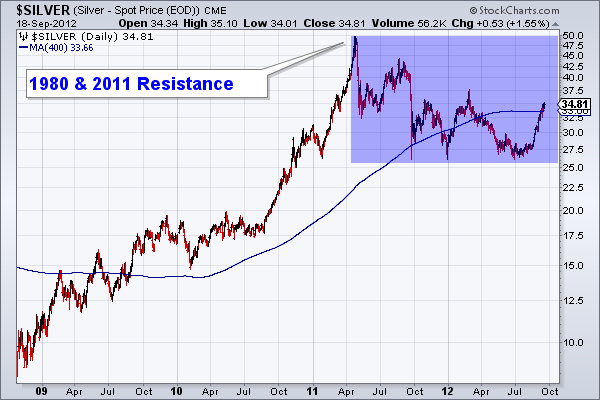 We know a few things. First, we are in a new cyclical bull market. Second, we are moving closer to the beginning of the bubble phase in this bull market. Third, in a bull move, silver acts like gold on steroids.

It's clear from the charts that silver and silver stocks are in position for a potentially spectacular move over the next three to five years. We believe that the silver stocks can break to new highs in the next 12 months and that Silver Prices won't be far behind. The bubble phase is certainly several years away but these charts illustrate the potential for massive breakouts which would generate the momentum that leads into a bubble.