END_OF_DOCUMENT_TOKEN_TO_BE_REPLACED

...get ready for inflation?

SINCE we noted the initial move to break the 200-day moving average, the Silver/Gold Ratio has held its breakout, writes Gary Tanashian in his Notes from the Rabbit Hole.

At least temporarily breaking the downtrend of silver to gold prices, the ratio (as measured here as the ratio of No.1 silver ETF the SLV's share price divided by No.1 gold ETF the GLD) closed both last week and the month of August on a signal that we have long anticipated. 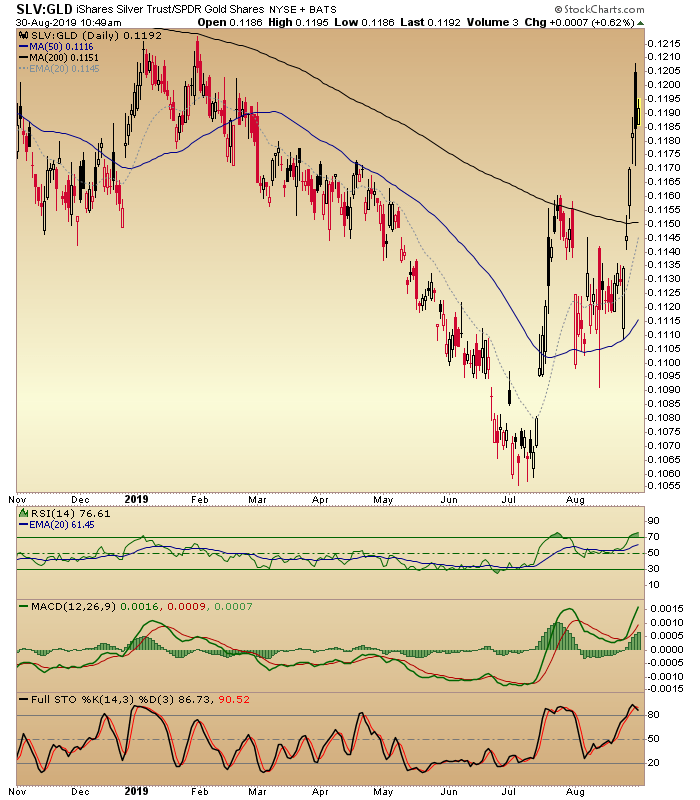 Okay, but the monthly chart of the Silver/Gold ratio makes abundantly clear that nothing has happened that has not happened before during the precious metals bear market.

So that is the caveat to a macro thesis that would see a change to inflationary (as led by Silver/Gold), thereby letting commodities of all stripes and many global markets out of the barn.

The monthly EMA 30 (grey dotted line) is a reasonable marker for the ratio's post-2011 containment. The ratio's price is below that marker. 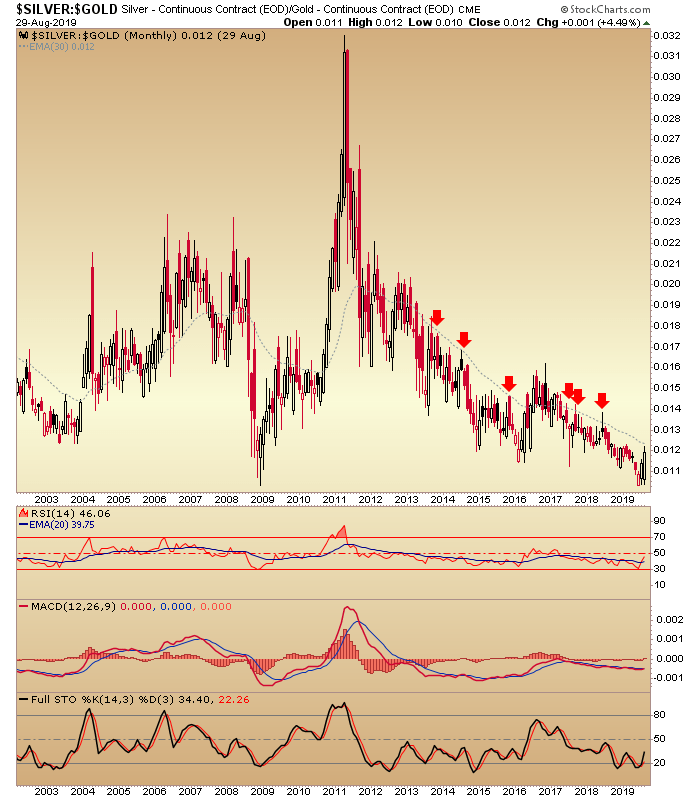 But other markers are aligned in such a way as to state 'now or never' with respect to a turn to an inflationary macro. It's either that or 'last one out, turn off the lights' if deflation really does take hold and become more than the scares of 2002, 2008 and 2015.

The 30-year Treasury bond yield continuum (monthly TYX) is at the point of 'real or Memorex?' with respect to a macro deflation after the relentless decline (which we and few others anticipated as the BOND BEAR!! hysteria took hold back in 2018). Now, we see a hysteria of a much different kind. 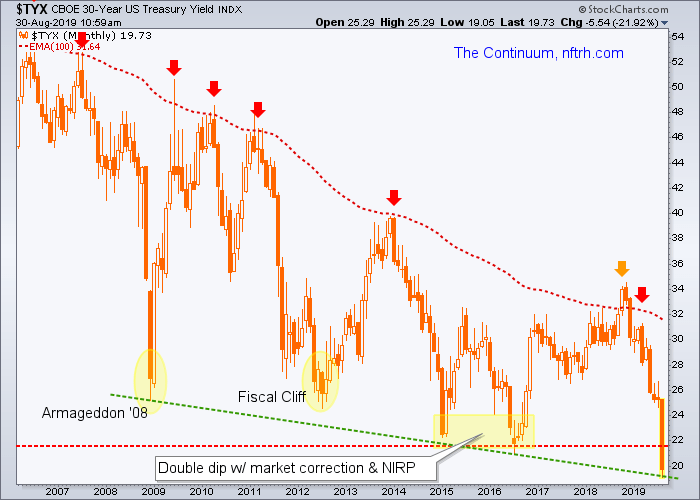 But the trends remain hard down. 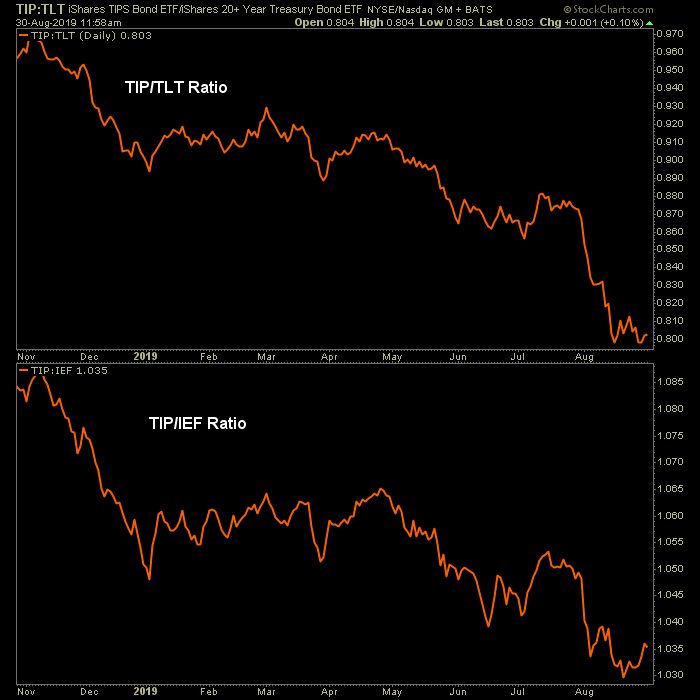 If inflation takes hold we would eventually see a new inflation trade show up in the likes of the down trending Commodity index and these and other individual commodities.

And if (or when) the US Fed weakens and so too does the US Dollar, we would likely see the inflation take hold in many global areas. I've already re-positioned in Russia and taken a new one in Brazil on the pullbacks to higher lows.

Or you can own the hopelessly indebted promises of sovereign nations in a deflationary environment. But that is conventional thinking and it is for the herds. Because the real money would be made in the gold mining sector.

Not necessarily in gold (it's a store of value, not a casino play)...and not in silver (it's got more industrial and cyclical characteristics than gold)...but in gold mining, because in a deflation, while gold itself may not do much, its miners would leverage its positive standing in relation to oil, materials and other cost-driving items.

In short, profitability would continue for the quality miners even if the product's price stalls. That would be as represented by the Macrocosm we've long made such a big deal about.

But as it stands and given the Silver/Gold ratio signal, I have taken enough profits (holding core items and long-term speculations) in the miners and am ready to fan out from the sector into a greater inflation trade.

Even in such a global trade our gold stock targets are significantly higher over time, but if Silver/Gold turns and leads the macro to a cyclical inflation we may actually be at peak fundamentals for the gold stocks right here and now. Everybody's on the bullish gold stock bull plan now but there was only the sound of gold "community" crickets after all when we originally got bullish in Q4 2018.

This analysis, like any in this dynamic macro environment should not be set in stone. With a noisy backdrop and politicians and central banks constantly in the mix, a flexible view is needed. So we'll see what the end of summer brings and manage accordingly.

Personally, I'll prepare for either an inflationary or deflationary environment. The latter holds sway today, but the former is in play for late 2019 or 2020.