END_OF_DOCUMENT_TOKEN_TO_BE_REPLACED

This 3-year drop is on track for the worst silver bear market in history...
The SILVER PRICE has been in a bear market for almost three years, writes Jordan Roy-Byrne at TheDailyGold, and the recent lack of strength suggests the metal could be headed for new lows.
New lows are always bearish until the last one. Our technical work suggests that we should watch for a final low and end to the silver bear market in the coming months.
This chart plots every major bear market in silver prices dating back 45 years (excluding the 1980-1982 bubble bust). It plots them on the same time scale as the current bear market. 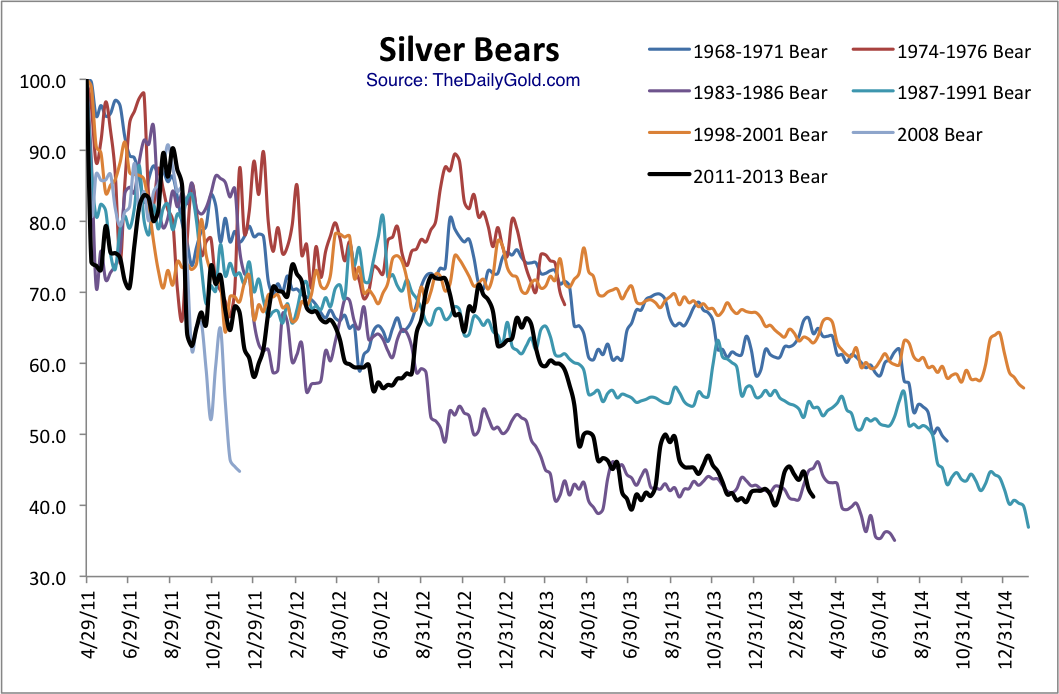 Excluding the 1980-1982 bear market, we find that the current bear market is inline for being silver's worst bear market. It is already the fourth longest in time and close to the second worst in price. The current bear is very close to the 1983-1986 bear. This chart and the 1983-1986 bear suggest that if the current bear breaks to a new low then its final bottom could occur about one month later.
The silver price has very strong trendline support on the daily chart around $17. If this silver bear market breaks to a new low, then it will run into what I think is trendline support, which dates back 11 years. 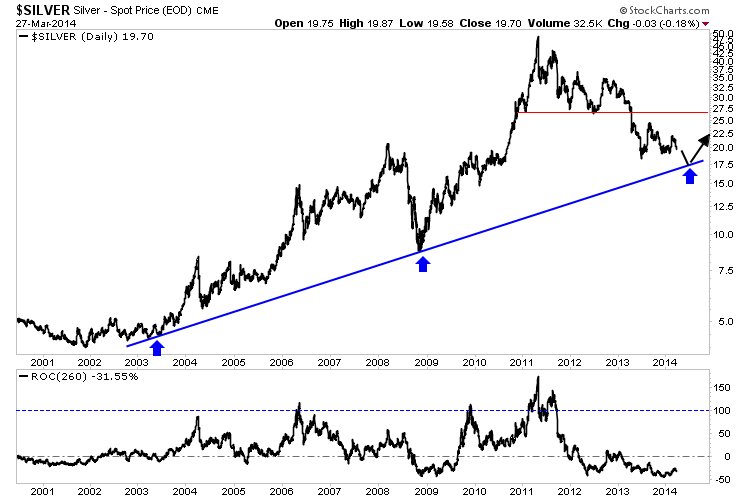 In the lower chart we plot a 12-month rate of change for silver prices, in per cent. Note how, before the bear market, it often reaches or comes close to 100% gains. After lows in each of 2003, 2005, 2008 and 2010 the price of silver doubled in a 12-month period.
Moreover, following the 1983-1986 bear market – which closely resembles the current silver bear – the price of silver rebounded 89% in 10 months. Following the 2008 low, silver rebounded 84% in 11 months.
Let's say the silver price bottoms at $17.50 and rebounds 70% in 12 months. That would take it to $30. That would create huge upside in most silver mining stocks.
Below is a chart of our proprietary silver producers index which contains 14 stocks and is partially weighted by market cap. It contains all of the large, important silver companies as well as junior producers. We didn't just pick the 14 best. This index recently peaked at neckline resistance and just below the 80-week moving average. 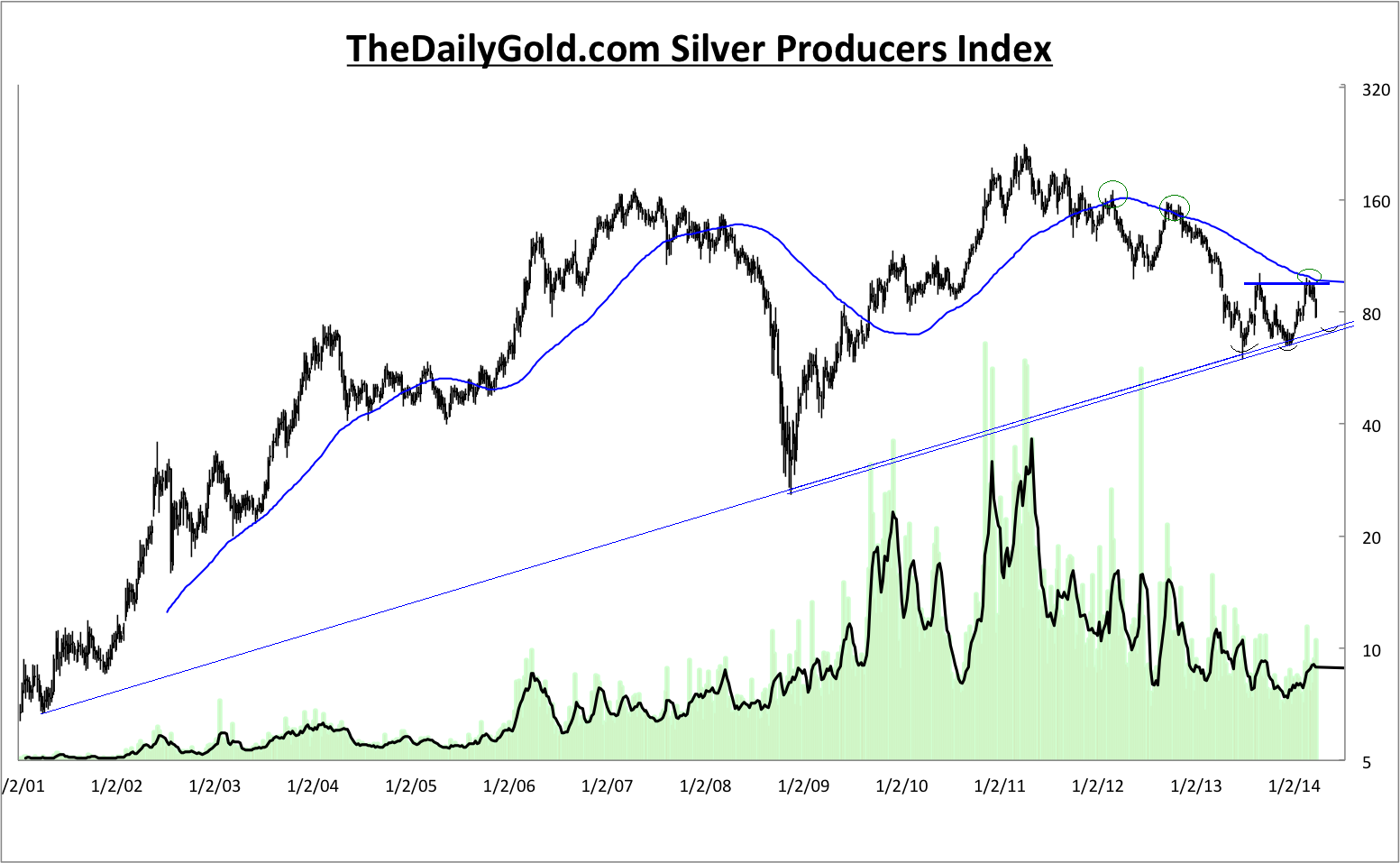 Note how the 80-week moving average marked resistance in early 2012 and late 2012. A new bull market will only be confirmed when this index is able to surpass that confluence of resistance.
From a bird's eye view, we believe the bear market in silver is just about over, while the bear market in silver stocks has probably ended, and we don't expect them to make a new low.
However, the silver stocks won't break resistance and confirm a new bull market until the silver price has bottomed. Our analysis suggests this silver bear market has a bit more to go in terms of price and time. We've laid out what we are looking for in silver which is a new low and a bounce from 11-year trendline support. If that occurs at a time of extreme bearish sentiment, then we'll take it as a buy signal. And this prognosis, if correct means we have some time to research and patiently accumulate the best silver stocks, positioned to benefit from a resumption of silver's secular bull market.