END_OF_DOCUMENT_TOKEN_TO_BE_REPLACED

Why rising oil prices could weigh on some real estate values...

IF THERE is one asset that the world has little use for, writes Gregor Macdonald, it is an American single family home priced above $250K, reachable only by car.

The great, post-war buildout of America's suburbs relied upon the continuance of a favorable arbitrage between rising wages, and low transportation costs. Now that this profitable scheme has come to an end, it should be no surprise that Robert Shiller remarked this week that housing "may not recover in our lifetime." While some stabilization has been seen since the start of the US housing bust, Case-Shiller data showed this week that many cities hit new price lows. Interestingly, Robert Shiller is now himself noting the energy and transport cost pressure on US housing, and used the phrase "walkable cities."

To illustrate how I see the future price path of homes in non-walkable cities, I made up the following graphic: 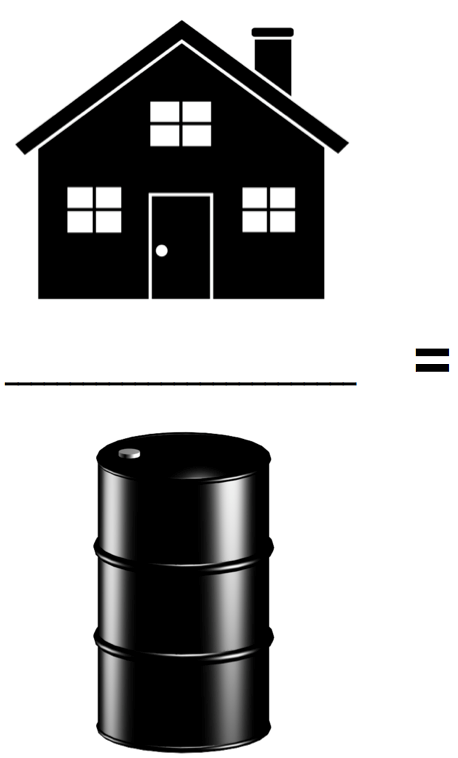 Walkable cities are very nice indeed, and I've been fortunate to live in several of them: Boston, New York, San Francisco and now my present city, Portland.

But the majority of American homes, in order to capture any future increase in value, will need to benefit again from rising wages and flat to falling energy costs. At the current juncture, those are two trends unlikely to appear any time soon. Advantages will accrue, therefore, to US residential real estate near rail lines. Cities that wish to thrive will need to face up to these realities soon by halting all investment in roads and highways, diverting transport funding to rail and BRT (Bus Rapid Transit), and by extending these transport networks further into residential communities through walking and bike paths.