END_OF_DOCUMENT_TOKEN_TO_BE_REPLACED

Why the bottom for this precious metals bear market might really be in...
WE HAVE believed that gold would need to break $1100 before we thought a bottom could start to develop, writes Jordan Roy-Byrne at TheDailyGold.
While that could still be the case, we are starting to see building evidence that precious metals could be forming a bottom.
In the past we've written about the importance of gold's performance against other asset classes. Relative strength in gold has preceded important bottoms in the gold price during 2001, 2005 and 2008.
That relative strength is starting to show.
Below we plot gold against various asset classes, which are noted in the chart. Several days ago gold against a basket of foreign currencies (including the Euro) closed at a 15-month high. Gold has also moved to a 13-month high against commodities. Also gold may have bottomed against global equities as it has held support three times in 2014. Gold is weak only against the S&P 500. 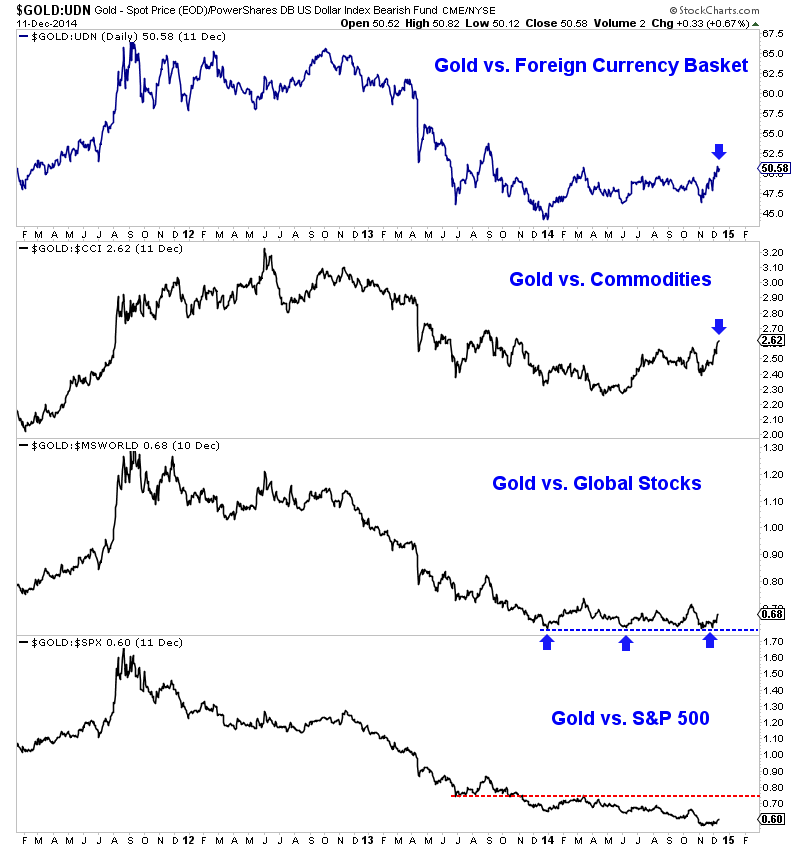 Below we plot silver and gold in a monthly chart along with the discount/premium to NAV for CEF, the Central Fund of Canada which holds physical precious metals. There are still two weeks left this month but thus far the monthly chart is making a strong statement.
Silver has formed a strong bullish hammer after testing $14. The candle has just about engulfed the previous two months of trading. If the candle holds then this will be the strongest and most bullish candle since the bear began.
In addition, CEF's discount to NAV recently peaked at 13%. That is the highest discount in 14 years! Meanwhile, gold is also in position to engulf the previous two candles. During the bear, gold never came close to doing that at any of its lows. 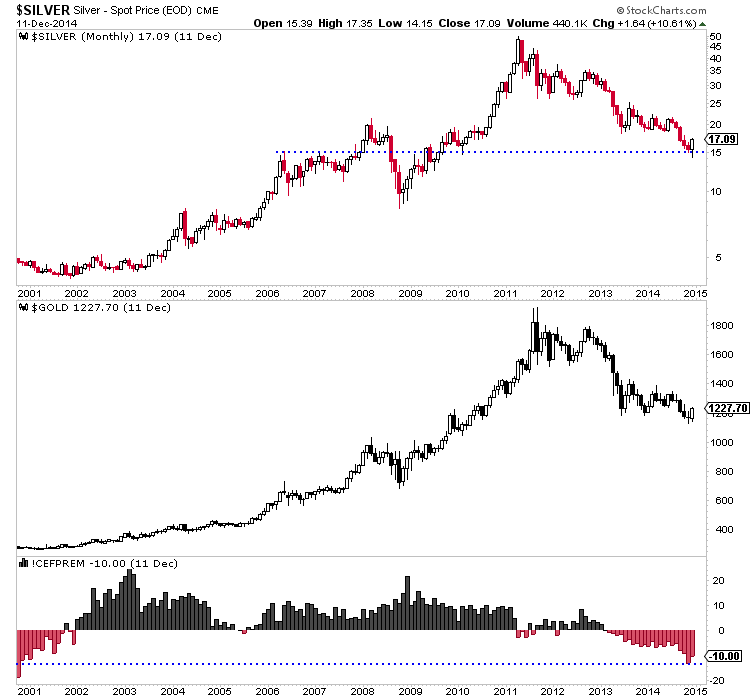 Sticking with silver, let's take a look at the bear analog chart. Silver's bear is already the second worst in price and the third worst in time. The two bears which lasted longer (albeit by only a few months) were considerably higher in price at this juncture. It's really hard to imagine downside in silver below $14-$15. 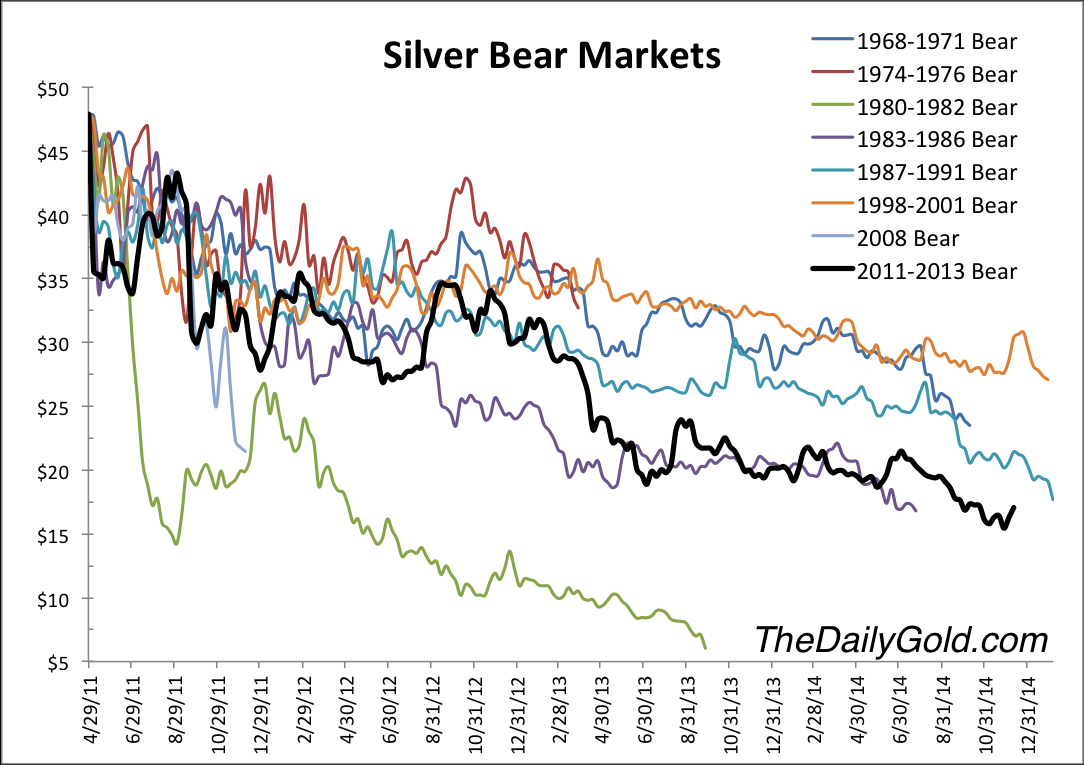 These are only a few charts from many we follow and consider but they are sending strong signals.
We focus on silver as it peaked before gold and needs to show bullish signs for the bear market to terminate. Silver has put in what at this point appears to be a major bullish reversal and from major support at $15. Meanwhile, some (but not all) of its sentiment indicators reached true extremes and its bear analog tells us the current bear has gone deep enough and far enough.
On the other side, we like what we are seeing from gold. It is showing increasing relative strength against foreign currencies, commodities and to a lesser degree global equities. Strength in the US Dollar and US equities are the only things holding it back from a strong rebound. Those markets could be due for a correction.
Going forward, here are some things I will be watching to determine if a real bottom is in place:
In the past we've written that opportunities are coming. It appears that opportunities are now fast approaching with respect to the mining equities. We are working hard to prepare subscribers for these opportunities.