END_OF_DOCUMENT_TOKEN_TO_BE_REPLACED

Let's catch up with the future from Tokyo...

IT'S TIME again to catch up on the current state of craziness in Japan, and specifically, their money-printing institution, the Bank of Japan, writes Nathan Lewis at New World Economics.

Here is the state of base money in Japan now: 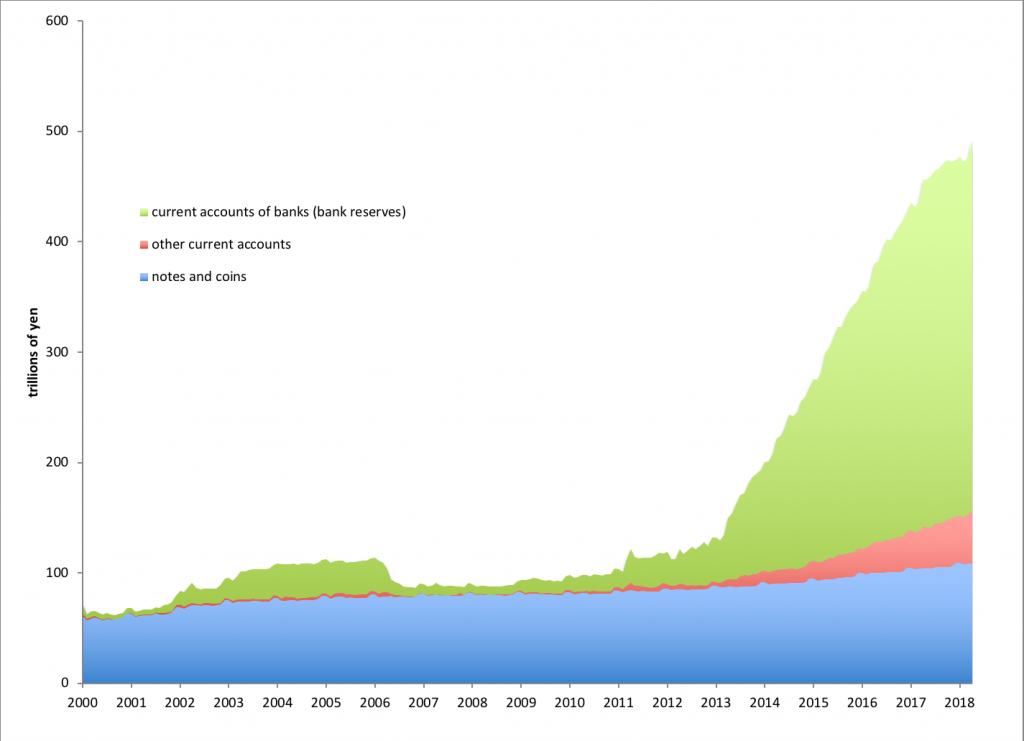 It's still going up, but there has been some moderation in the rate. The BOJ adopted a policy of keeping the 10-year Japanese government bond at a 0% yield, dropping the monthly quantitative target for how much money it spent.

The monetary base took a bit of a leap higher in April 2018, but even this left it about 36 trillion Yen above April 2017, which is a lot less than the 80 trillion annual rates of the recent past.

That 36 trillion Yen is equivalent to 6.6% of GDP. So, the BOJ is still basically financing the deficit, and then some.

"Bank reserves" (commercial bank deposits at the central bank) of course end up on the assets side of commercial banks' balance sheets. Let's see how that looks. 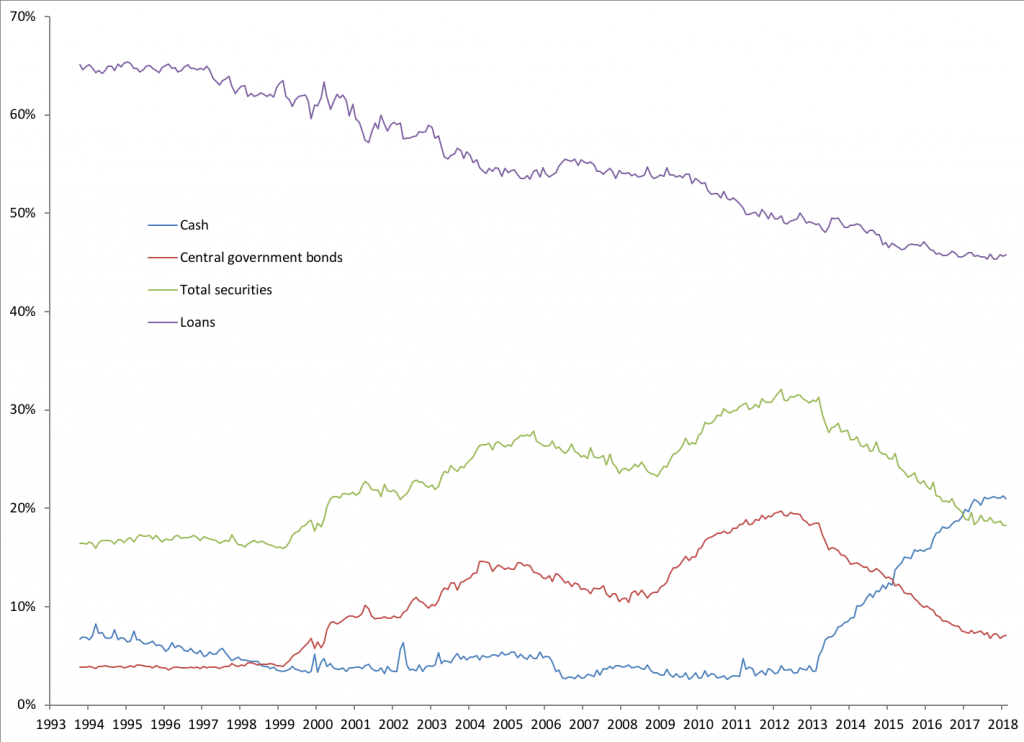 Again, we have a continuation of recent themes. If it works, why stop?

The moderation in base money growth shows up as moderation in the increase in "cash" (blue line), which has sort of flatlined for now. Overall securities holdings and also JGB holdings have returned to something like their pre-1999 norms. Lending seems to have picked up a little bit. Overall, nothing obviously "red flag" here.

I expected that they would be able to keep up what they had been doing for some time longer, as there was still a lot of space on banks' balance sheets to absorb more cash. If anything, the increase in lending might be a sign of an incipient decline in demand for cash, since banks make loans when they would rather lend than hold onto cash. So, we will see where that goes.

Growth has been modest, although 1Q18 was sort of bad, with the first drop in GDP for more than 2 years.

JGB yields have flatlined at zero, according to policy. Some moderation here, but not getting much better.

Hefty deficits remain for government spending. It might matter if they ever have to sell a bond to someone besides the BOJ.

A long time ago, legislation was passed to implement a gradual rise in payroll taxes until 2018. It seems to have leveled off.

Corporate taxes have fallen, however. There was some talk at the end of 2017 about offering special breaks for corporations that increase wages, allowing an effective corporate tax rate of 20%. However, it appears that nothing has been done.

For now, the Yen hasn't done anything extraordinary, although there seems to be a possible "Dollar rise" trend setting up. So all in all, I don't see any reason why the money-printing parade should stop right away.

Catalysts might come from elsewhere – rising rates in the US, and possibly in the EU area especially if the ECB stops backstopping shaky governments there. Martin Armstrong continues to call for a sovereign debt crisis beginning in 2018.