END_OF_DOCUMENT_TOKEN_TO_BE_REPLACED

IT WAS bound to happen sooner or later, writes Gary Tanashian in his Notes from the Rabbit Hole.

October finally showed an easing in what most people think of as inflation (CPI) and markets that were ripe to rally for other reasons used the 'CPI inflation' report as the trigger.

(CPI and other lagging 'inflation' reports represent the effects of the inflation created by ramping money supplies, courtesy of the US Federal Reserve and its central banking fellows. But they are not 'inflation'. That happened in 2020 with the massive inflation of the money supply.)

NFTRH has been on alert for a potentially positive Q4, 2022 to Q1, 2023 seasonal play since first uncovering the post mid-term election cycle's positive implications over a month ago (NFTRH 725).

Some prime elements for such a play (and this is all it is indicated to be as those celebrating a fade in inflation today will not be too happy down the road when inflation signals fall uncomfortably low) we've been tracking have been as follows:

This was a pure expression of 'equal and opposite' dynamics to the Q1, 2020 deflationary fear fest.

How poetic for inflationary hysteria to follow deflationary terror as represented by such a beautiful picture. A picture of excessive momentum in the opposite direction to 2020's excessive momo. 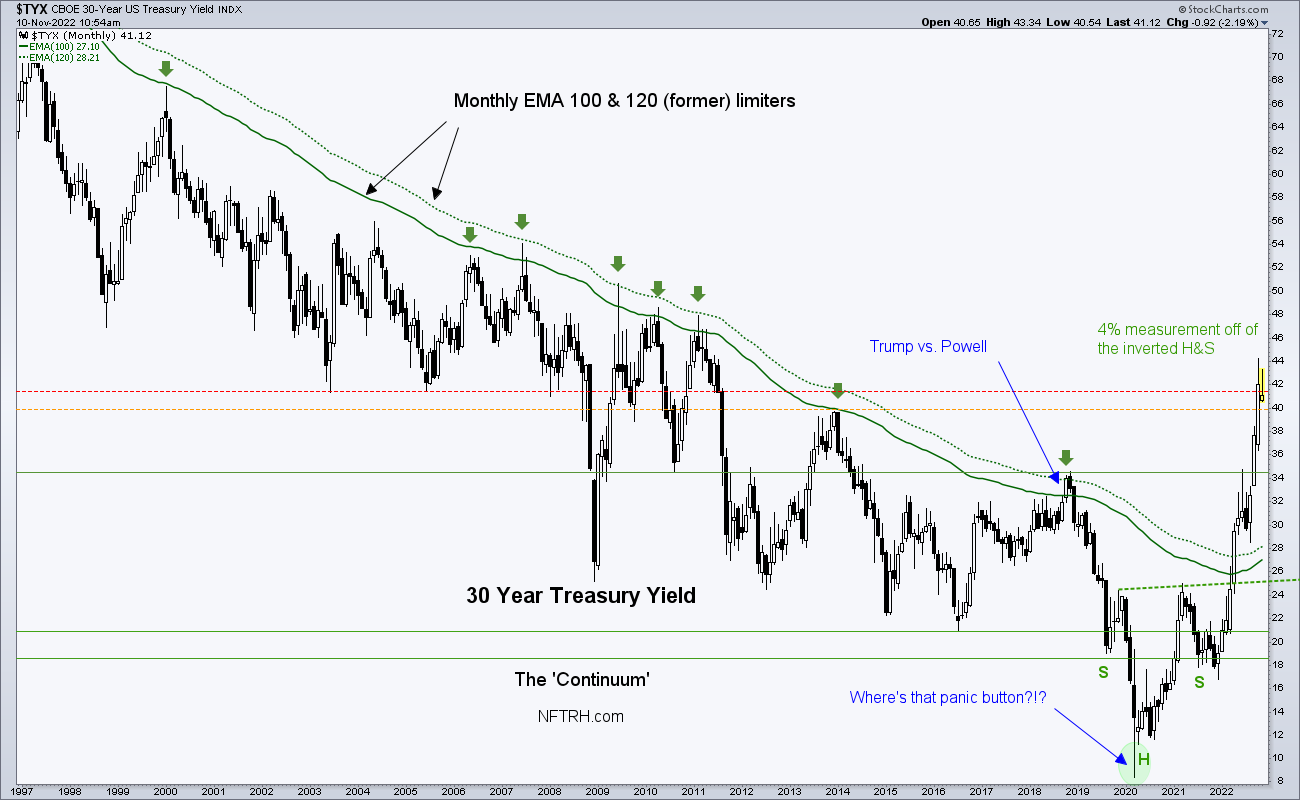 As for ways to 'play' the relief phase, detailed information is reserved for NFTRH Premium. But think about these elements:

Here is also where inflation-centric gold bugs may want to finally change their views by casting aside the influential and promotional leader bugs and realizing that gold mining does NOT benefit from inflation. But of course, they will not cast aside the dogma.

With a US Dollar in correction, global markets to which it is a firm counterparty (e.g. Emerging Markets) could outperform.

Cash is a position, now along with bonds. It is paying dividends and will again provide safety when the time is right.

Bottom line? Realize that the odds were in favor of a relief phase in Q4-Q1, and bear market relief can be strong. But also realize that there are upside technical parameters well north of here that would need to be taken out before TA can call a new bull market. Realize also that today's celebration about a fade in 'inflation' will likely become tomorrow's (or Q1 2023's) swing toward an uncomfortable drop in inflation expectations.

These are the volatile considerations that your heroes at the market micromanaging Federal Reserve have created.