END_OF_DOCUMENT_TOKEN_TO_BE_REPLACED

AS THE PRICE of gold reaches fresh all-time highs over $1,050 per ounce, reports Doug Hadfield at resourceINTELLIGENCE TV, just which countries hold the largest gold reserves?

As of June 2009, world gold holdings are believed to be approximately 29,634 tonnes all told. But the numbers vary greatly as a percentage of each country's reserves. For example, the United States holds 8,133.5 tonnes of gold which represents 77.4% of its total reserves. Compare that with China, which has just 1,054 tonnes for 1.9% of reserves – and much of the rest is made up by its more than $2 trillion in foreign reserves.

With the greenback becoming devalued and gold appreciating in value, we are now seeing China and others divesting of USD and acquiring larger reserves of gold, thus pushing the price to new heights.

The question remains: which individual countries have the most gold...?

Banco Central de Venezuela manages the 356.4 tonnes of gold in the country's reserves, which amount to approximately $13.2 billion and represent 36.1% of Venezuela's foreign reserves. Although Venezuela currently has the fifteenth largest reserve on the list, president Hugo Chavez announced in June 2009 that his government has introduced new policies to promote gold extraction and boost its ranking. His track record for efficiency, however, only excels in nationalizing projects.

The second most populous nation in the world has the fourteenth largest reserves on the World Gold Council's data. The Reserve Bank of India maintains the country's 357.7 tonnes of gold, which are valued at $14.2 billion and comprise 4.0% of its foreign reserves. India's current ranking may improve, however, as the government has asked the Geological Survey of India to mine the previously untapped gold reserves in many of its states.

Home to the thirteenth largest gold reserve in the world, Portugal's holding are overseen by Banco de Portugal and are worth roughly $14.2 billion, accounting for 90.9% of the country's foreign reserves.

Renowned for its technology industry and robust economic growth, Taiwan also boasts the tallest building in the world (The Taipei 101 Tower) and the twelfth largest gold reserve in the world. The island nation's foreign reserves have been reported at 423.6 tonnes. At today's prices these holdings are worth $15.7 billion and comprise 3.9% of the country's foreign reserves. 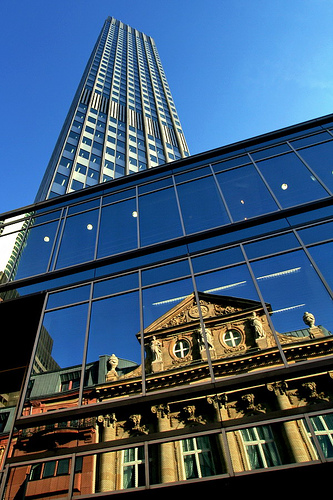 Established in 1998 by the European Union, the European Central Bank (pictured) is the keeper of the monetary policy of the member nations of the Eurozone. Headquartered in Frankfurt, Germany, the bank guards 501 tonnes of gold accounts for 18.8 percent of the ECB's foreign reserves and would be worth $18.6 billion in the spot market.

Last year Russia reversed five straight years of production declines with a 13% increase. In the first seven months of 2009 Russia increased its gold production by 21.1%, due in part to the launch of several new mines. This comes just in time for a country that has struggled mightily with recessionary pressures.

More than windmills and tulips, the Netherlands is home to the ninth largest gold reserve in the world with 612.5 tonnes of gold. The Netherland Bank manages the country's national finances, including the gold reserves, which amount to approximately $22.7 billion in the current market and account for 59.6 percent of the country's foreign reserves.

Like China, Japan holds a wealth of its reserves in US Dollars, which is why its 765.2 tonnes of gold account for only 2.3% of total foreign reserves. At today's prices, these are valued at $28.3 billion.

The Swiss National Bank conducts Switzerland's monetary policy and guards the country's 1040.1 tonnes of gold. Switzerland's gold reserve value is about $10 billion greater than Japan's, but you can be sure the Swiss aren't foolhardy enough to hold as much in US Dollars. With the world's seventh largest reserve of the precious metal, Switzerland's supply is worth approximately $38.5 billion in today's gold market, accounting for 29.1% of the country's foreign reserves.

At 1159.4 tons, one might expect the world's most heavily populated country to hold more in the way of gold reserves. Well, bear in mind that China's gold only accounts for 1.9 percent of its foreign reserves and about $2.2 trillion in USD. Just imagine what the waning Dollar is doing to the value of their forex position! With a population of 1.3 billion, China holds about $30 worth of gold per person, totaling $39 billion.

Now we're getting into some really big bucks. The French have a gold tradition that goes back centuries, and it's paying off. The French National Bank, Banque De France, is home to the country's gold holdings, which comprise 70.6% of its foreign reserves. With 2,445.1 tonnes of gold in reserve, France's holdings are worth approximately $90.6 billion.

Like France, Italy has a long and rich gold history that dates back to its Roman roots. The country's reserves, which were reported at 2,451.8 tonnes of gold by the World Gold Council, comprise the fourth largest gold reserve in the world. These holdings are worth $91 billion and account for 66.6% of the country's foreign reserves.

The IMF needs a lot of security to guard the international economic operations of 185 member countries. The IMF is only one of three entities who's gold reserves are valued over $100 billion. The IMF recently approved a plan to sell one eighth of its gold holdings, about 403 tonnes, and China could be a key buyer. Its gold policies have changed in the last 25 years, but the reserves are used to stabilize international markets and aid national economies. Resources linked to the gold sales will also be used indirectly to increase the Fund's capacity to provide concessional loans to low-income countries (and to pay for all the police).

Germany's central bank, the Bundesbank, caused kniptions amongst Gold Anti-Trust Action Committee (GATA) members recently, when it admitted that some of its reserves are held on US soil. GATA, the US lobby group alleging active manipulation of the Gold Price by the Federal Reserve, major bullion banks and foreign powers, stated that "Perhaps some of the documents involving the US gold reserve that the Federal Reserve Board is refusing to release to GATA involve the German gold reserve, the Bundesbank, and gold leasing." In either case, the bank asserts that most the bulk of its 3,408.3 tonnes worth $126.2 billion are held at home, under lock and schnitzel.

The United States Bullion Depository in Kentucky, a.k.a. Fort Knox, is the most famous gold stockpile in the world. This veritable fortress holds the bulk of the nation's gold reserves, the remainder of which is held at the Philadelphia Mint, the Denver Mint, the West Point Bullion Depository and the San Francisco Assay Office.

The total gold reserves of the United States is 8,133.5 tonnes, almost three times greater than its closest rival, Germany.