END_OF_DOCUMENT_TOKEN_TO_BE_REPLACED

The massive overhang of debt is weighing on economies and creating a bear market in government-backed money. A breakout in gold is the result...

EUROPEAN BANKS were rattled on Monday following the news that the US Federal Housing Finance Agency filed suit against units of 17 different banks in Europe and America. The FHFA accuses the banks of misrepresenting risks on $196 billion worth of home-mortgage securities sold to Fannie Mae and Freddie Mac, writes Dan Denning, editor of the Daily Reckoning Australia.

As if the European banks weren't under enough pressure at the moment. The superficial explanation for a suit like this is that the government is finally chasing up alleged fraud in the mortgage securitization market. The less obvious explanation is that Fannie and Freddie have been run precisely to allow this kind of fraud, so the public is left holding all the risk via the US Treasury Department's implied guarantee of Fannie and Freddie debt. Nothing is as it seems.

You can see below that gold has had breakout years in British Pounds, Euros, and Aussie Dollars. Gold is up 41% in pounds, 34% in Euros, and 27.5% in Aussie Dollars. This is confirmation that the biggest underlying trend in the metals markets is the bear market in government-backed money.

Some governments are less bad at managing their money than others. But gold is quite clearly telling you that serious fiscal and monetary problems need to be reckoned with before we can get back to talking about economic growth. 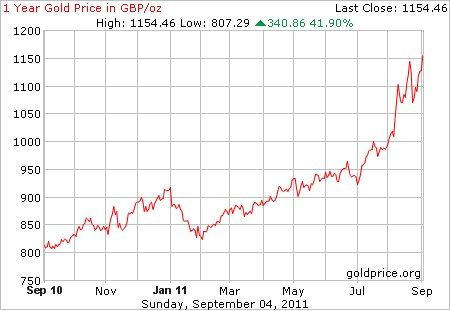 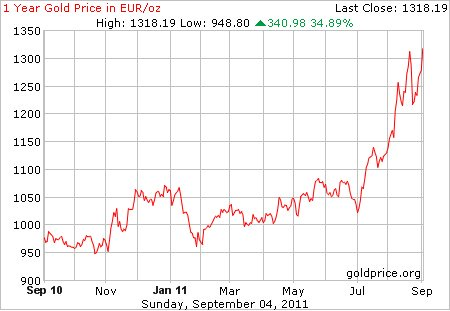 We'd like nothing better than to focus our time on unearthing best investment ideas and the entrepreneurs creating wealth. But there is a massive overhang of debt that's weighing down the whole global economy .This must be dealt with before you see a real recovery.