END_OF_DOCUMENT_TOKEN_TO_BE_REPLACED

Inflationary risk-on ahead...
The MACRO has toined (in Moe's Brooklyn accent), step by step, writes Gary Tanashian in his Notes from the Rabbit Hole, republished here at BullionVault Gold News.
A rising Gold/Silver ratio preceded the March disaster, made an ill-fated bounce pattern in May-June and then got hammered by the 24/7 liquidity spigots opened up by a desperate Federal Reserve and Trump admin.
They are desperate because the inflation MUST take hold in order to keep the system from unwinding to its fundamentals, which of course are nothing but robo-printed (funny) munny (political commentary withheld from this post, but insert what we all know here if you'd like...). 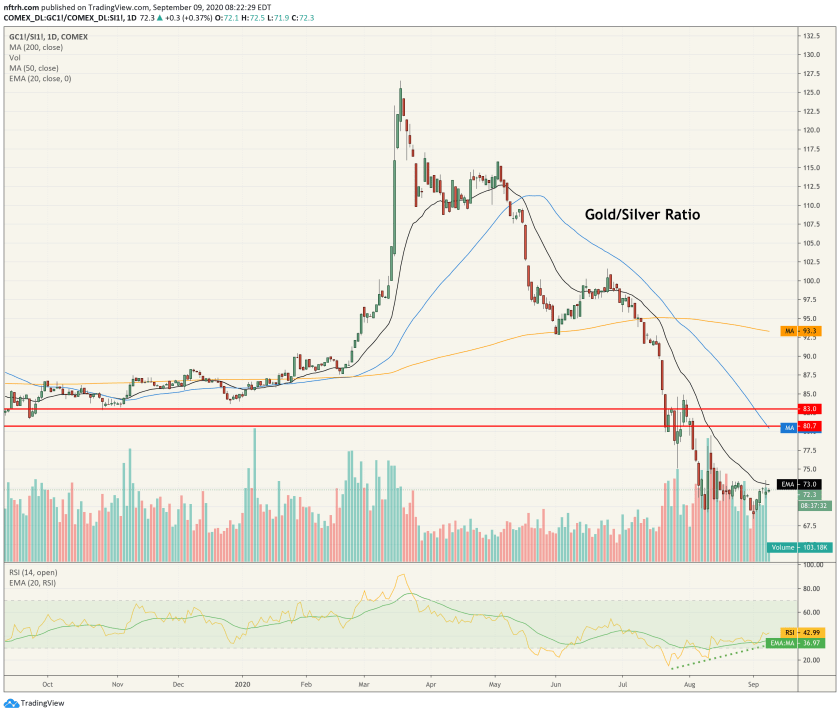 The Gold/Silver ratio would follow its positive RSI divergence and turn up here if it is to confirm the US Dollar's bounce. Then the two would turn together to the degree that the liquidity-driven, risk-on world would take a correction.
They are after all the 2 riders of macro liquidity destruction.
USD is on its long awaited counter-trend bounce after an RSI divergence of its own. The two could align to create a mini issue on the macro or a more maxi one. Mini could see USD hit the down-trending SMA 50 or initial resistance below 95. Maxi would set Unc's sights on 96.
But on the big picture the Gold/Silver ratio toined alright. It toined down and lost a major support area. That is a signal that the balls-out inflation the Fed is cooking up has taken root to a degree.
If the macro-inflation play is to continue, which I think it will, the Gold/Silver ratio should hold below 80-83. But a rise to that area, probably coinciding with USD to 96, could see a fairly decent interim disturbance for the markets before the inflation really gets going.
That assumes that daily Gold/Silver ratio above gets on its horse, follows its RSI divergence, and rides with its fellow above in the near-term. 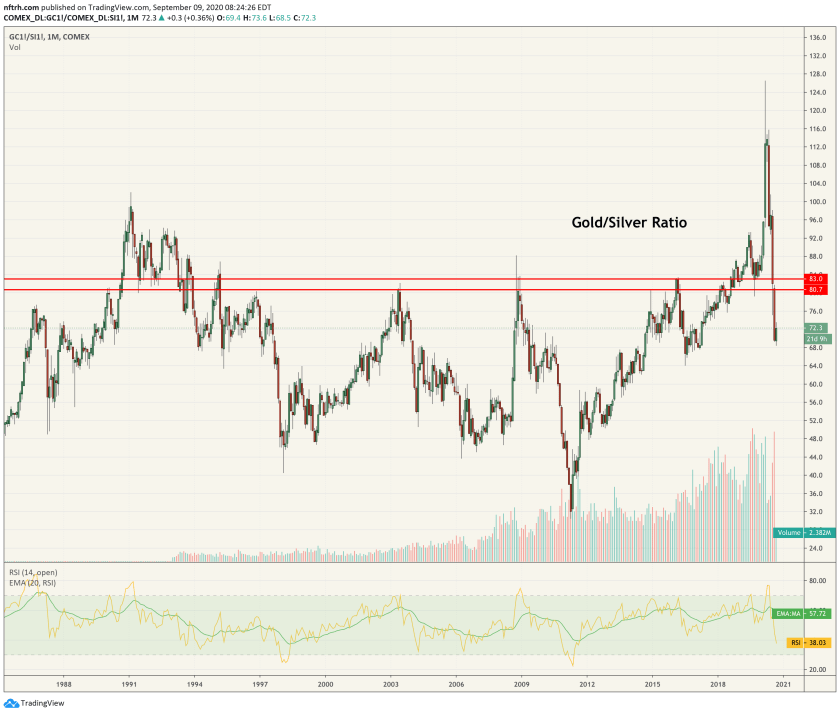 But on the bigger picture, and reversing the math to look at Silver in terms of Gold, the ratio has already made an inflationary-macro positive signal by doing this. 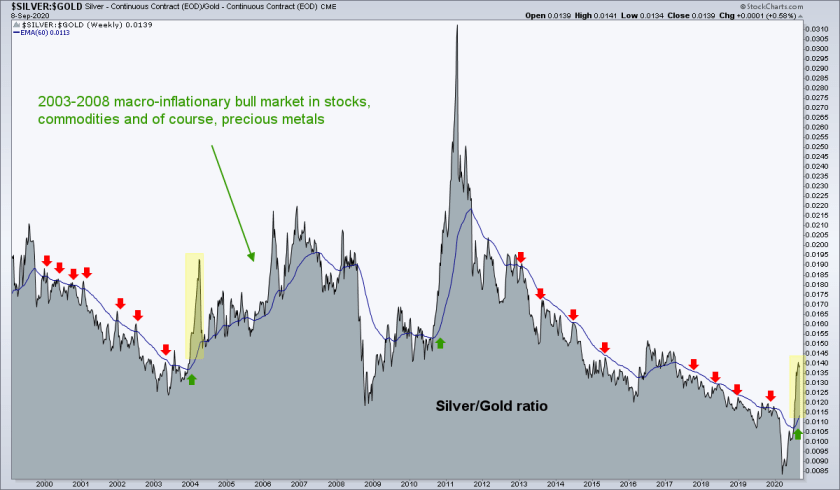 There was a reason we watched silver vs. gold earlier in 2020 and this is that reason. In the 2003-2008 example there was an impulsive spike upward like today, a harsh pullback and then it was inflationary risk-on for several years.