END_OF_DOCUMENT_TOKEN_TO_BE_REPLACED

Charts as well as fundamentals set fair for 18-month jump...

The JANUARY headline US consumer price index (CPI) came in with 2.5% inflation, which was near a 5-year high, writes Jordan Roy-Byrne at TheDailyGold.

What happened to deflation?

As a result, real interest rates declined deeper into negative territory or in the case of the 10-year yield, went from positive to negative.

No, this isn't a commodity-driven story. The core CPI (ex-food and energy) has been above 2% since the end of 2015, when commodities were in the dumps. Inflation is perking up and couple that with a Fed that pursues rate hikes at a glacial speed and that is very bullish for precious metals.

The chart below is what I refer to as our master fundamental chart for gold. It plots gold along with the real Fed Funds rate and the real 5-year bond yield. 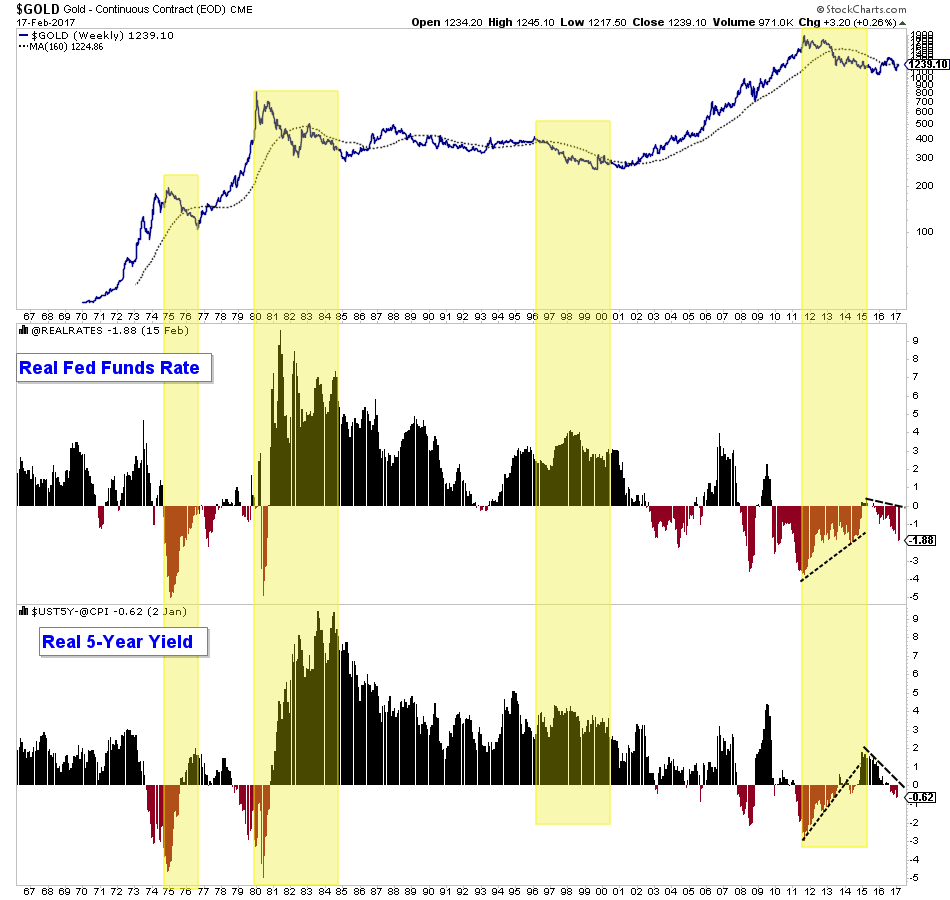 In short, negative and/or declining real interest rates drive bull markets in gold while rising real rates or strongly positive real rates (like in the 1980s and 1990s) drive bear markets in gGold.

Fundamental analysis can be backward looking and that is why it is so important to verify fundamentals through the lense of technical analysis. While there are numerous charts we could show we want to present a fresh look at some sector relationships which help confirm the strong fundamentals currently supporting the sector. 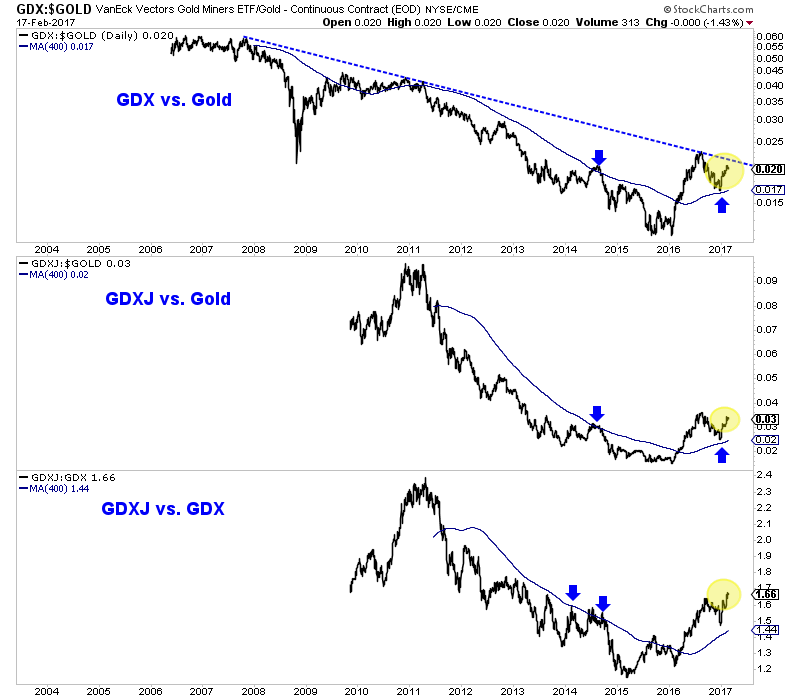 During a healthy bull market in precious metals, the miners should show strength relative to the metals and secondarily, the riskier and more volatile stocks should also show relative strength. First, we note the GDX-to-Gold ratio appears poised to break its 10-year downtrend this year. Second, we see that the GDXJ-to-GDX ratio (juniors versus the seniors) is one month short of a 4-year high. 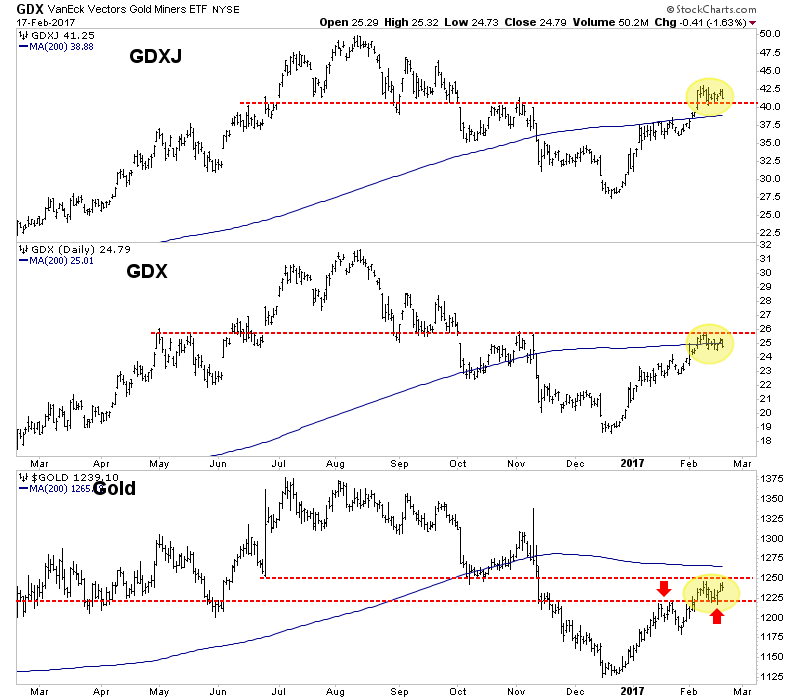 Turning to the short-term, we note that gold successfully tested its support at $1220 per ounce while the miners declined last Friday suggests they may need more time to digest recent gains.

With negative real interest rates in place and the gold stocks trading well above their rising 400-day moving averages while showing relative strength against gold, we think it quite clear the gold stocks are in the early stages of a new bull market.

It's also difficult for us to argue that gold and silver are not in a bull market. The technical setup is potentially in place for the sector to make an explosive move higher over the next 9 to 18 months. Pullbacks in 2017 need to be bought due to the upside risk over the intermediate term.