END_OF_DOCUMENT_TOKEN_TO_BE_REPLACED

Avert your eyes from their technical beating...
BETTER yet, don't avert your eyes, not yet, says Gary Tanashian in his Notes from the Rabbit Hole.
You need to see this first. The pictured 3 Amigos seem of a different, more innocent time. See their wackiness. See them smile. See them full of life.
But each Amigo, especially Amigo Ag and Amigo Cu [silver and copper respectively], look like they were bracing for something in this picture.
Amigo Au [gold] is just charging forward, blissfully unaware, although he too has got some minor issues. 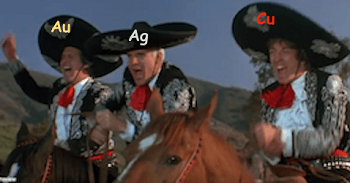 The macro Amigos are in a chain that goes like this:

Counter-cyclical gold with limited industrial utility, semi-counter, semi-cyclical silver and completely cyclical copper.
Here we'll take a look at the daily futures price, along with daily and monthly views of silver and copper.
Gold has lost the daily Simple 200-day Moving Average (SMA 200) and not been able to take it back. This came after a failure of the SMA50, which itself came after a negative divergence to price by the Relative Strength Index (RSI as noted in the last Amigos post to subscribers on March 12. Odds have increased of a test of major support in the mid to upper $1300s. 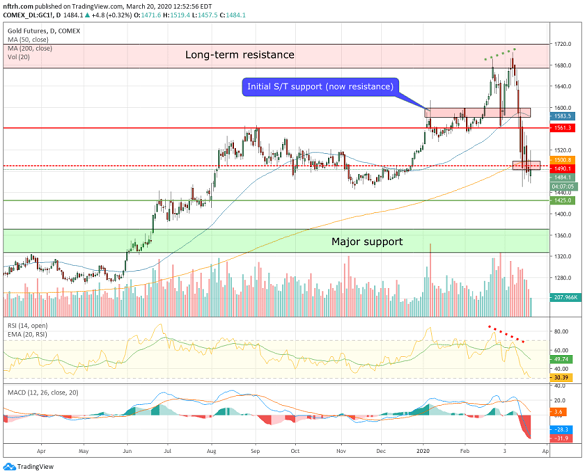 Silver did what silver periodically does, which is to get shot out of the sky like a clay pigeon. The crash has been precipitous after we noted the moving average failures last time. 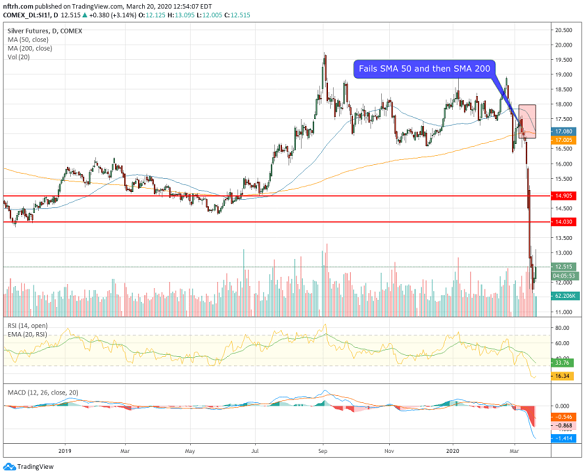 Silver monthly is where the action is, and it resides in the $8 area, which is the next major support area.
Doesn't mean it has to go there, but doesn't mean it won't either. In fact, technically speaking and barring a reversal in March to negate the monthly candle, the odds are it will. 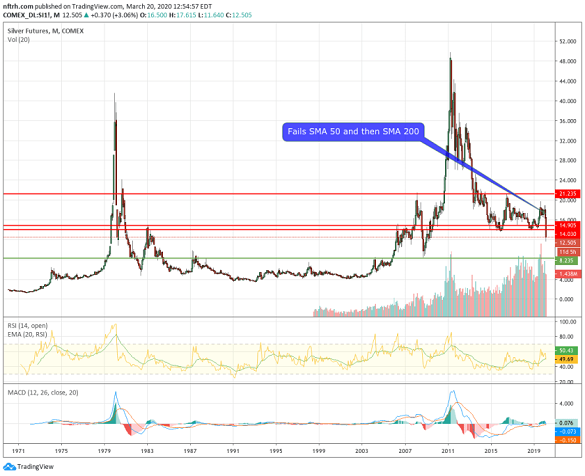 Copper...ah Doctor Copper. Why didn't I take you and your deflationary Air Gap more seriously and tout the global economic collapse to the world ahead of time, like months or a year ago, whenever I started flogging people with Amigo update after Amigo update?
It was because I don't make dire predictions, I just show pictures on charts and let people evaluate future potential on their own. Okay? Sounds about right.
Well anyway, this is disgusting. I thought I may have been injecting too much hyperbole talking about $2.20 per pound for copper. But... 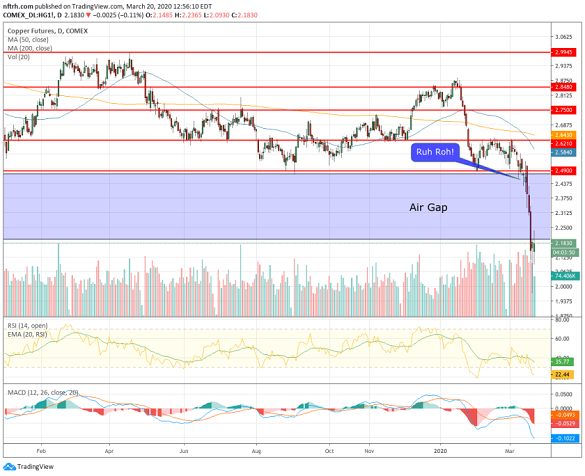 ...it has already dinged below $2/lb and if it does not hold this snap back above last ditch support the chart shows nothing but hot air – a mother of air gaps – down to $1.38 or so.
It's just what the chart says and it is not good. Not good at all. 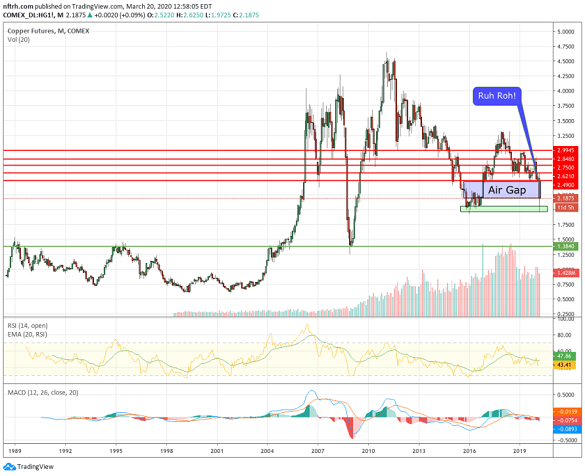