END_OF_DOCUMENT_TOKEN_TO_BE_REPLACED

LAST WEEK I saw another heavily followed micro-manager on Twitter (I don't recall the source) detailing for his followers how gold was on a daily chart trend-line breakout that could be signaling the next leg up, says Gary Tanashian in his Notes from the Rabbit Hole.

Well, Monday morning we knew conclusively that there was no 'next leg up'; not yet.

Gold was halted below the true pivot point at which to start managing a next leg, the 'bull gateway' at $1920. 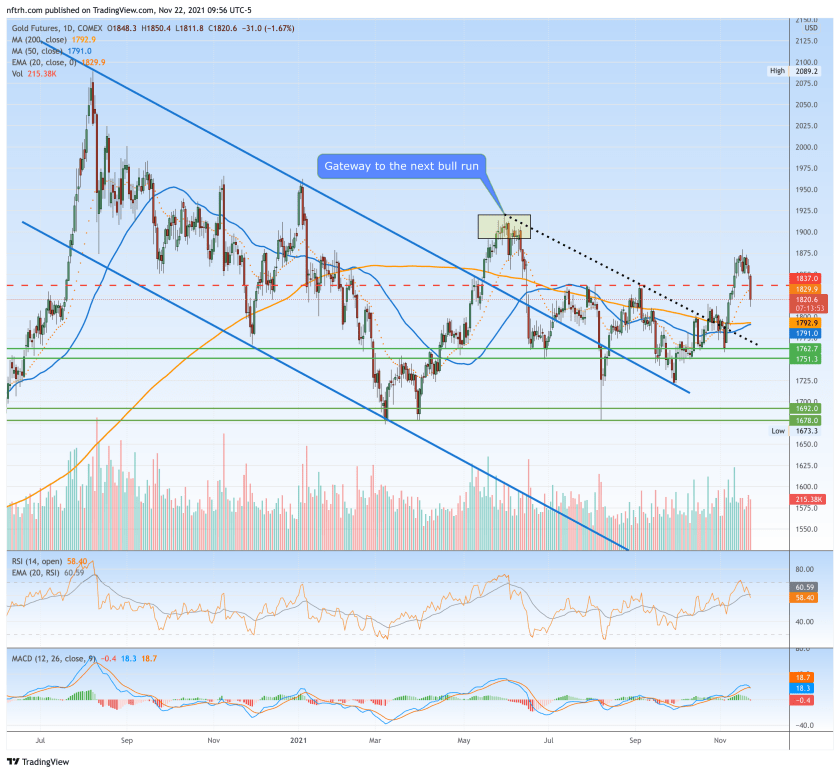 People should really try to remember who the promoters are today, and how wrong they are today.

That way, tomorrow, said people won't fall in line behind them when inevitably the promoters are finally right and will tout that 'squirrel finds nut' event to the high heavens, gain more <insert here: followers, subscribers, sheeple, victims> and this wash-rinse-repeat cycle whirs on into perpetuity.

It is disturbing to me to look at Twitter and find twits micro-managing every tick in gold. I have taken it upon myself to police this garbage but life is too short, and there's got to be a better way with respect to the quality of that life.

So I will try to quietly observe (and use for contrary indications) casino patrons calling every tick above a daily chart trend line a breakout, announcing to the herds an imminent NEXT LEG UP!!!

Any breakout could be a next leg up. But the monthly chart advises to at least wait for the close of a given month before making such a declaration. Gold is already retracting a bit back into the handle. But it's okay because the touts will retract too, lay in the weeds while the herds forget who touted what, and then be at their bull stations again next time. There's always a next time for the perma-dogmatics.

Gold is in a bull market. The break through $1378 in 2019 launched it. The higher high to the right side of the Cup confirmed it. But if we are going to be adults about this, we are going to stop watching cartoons and understand that even within this bull context gold could theoretically drop again within the Cup's Handle without compromising the bullish big picture scenario. 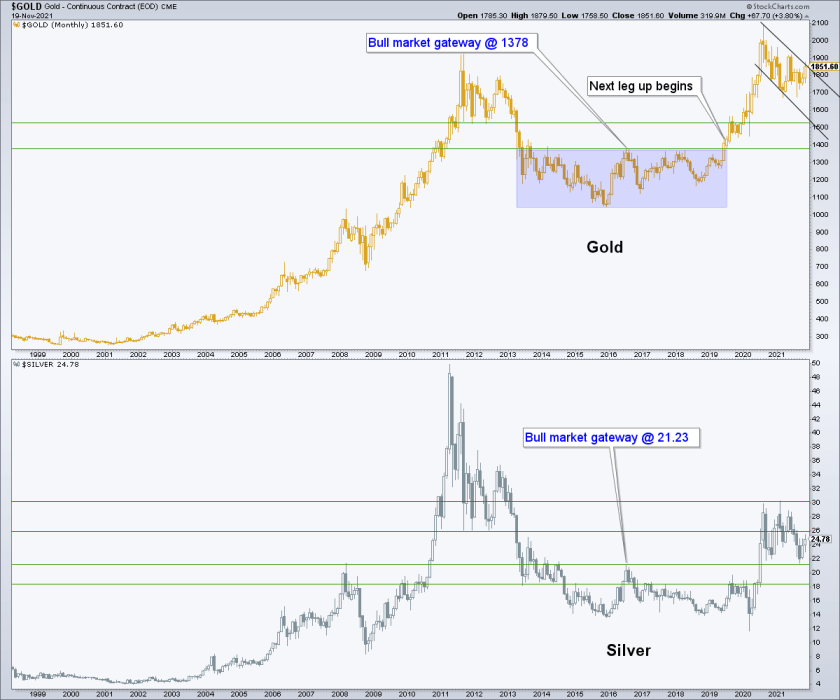 Silver is sloppier, and while in a bull market, could ding the $18s, especially if a deflation scare were to come about.

Neither of these downside possibilities are predictions, but both are just that:

Possibilities to be aware of.