END_OF_DOCUMENT_TOKEN_TO_BE_REPLACED

Gold quiet, inflation-fooled cheerleaders not...
YOU SEE, there is all this noise out there, writes Gary Tanashian in his Notes from the Rabbit Hole.
It comes mostly from inflationists touting gold in the same breath as copper, as oil, and as commodities of all flavors (and aside from gold and to a degree, silver, those flavors are cyclical).
But you also see, gold is counter-cyclical in its best suit. You see on this monthly chart. Gold has been forming its Handle to the bullish Cup ever since the inflation trades came to the fore in the summer of 2020. Therefore, you see that those touting gold and inflation together have been wrong for over a year now (and counting).
For those dealing in reality instead of dogma, gold is a candidate to break the Handle at any time. Then it would be off to the target at $3000+ over the course of a year or more. But reality holds another option as well, and that is to finish the Handle making lower.
So why not tune out the perma-pompoms in real time, realize that the thing is bullish, but the trigger is either coming sooner or later? We are doing that more focused work in NFTRH and associated updates every week and will be on the spot when the proper signals engage.
This chart was created in 2020 as gold spiked to an all-time high and reversed (into the then-projected Handle). 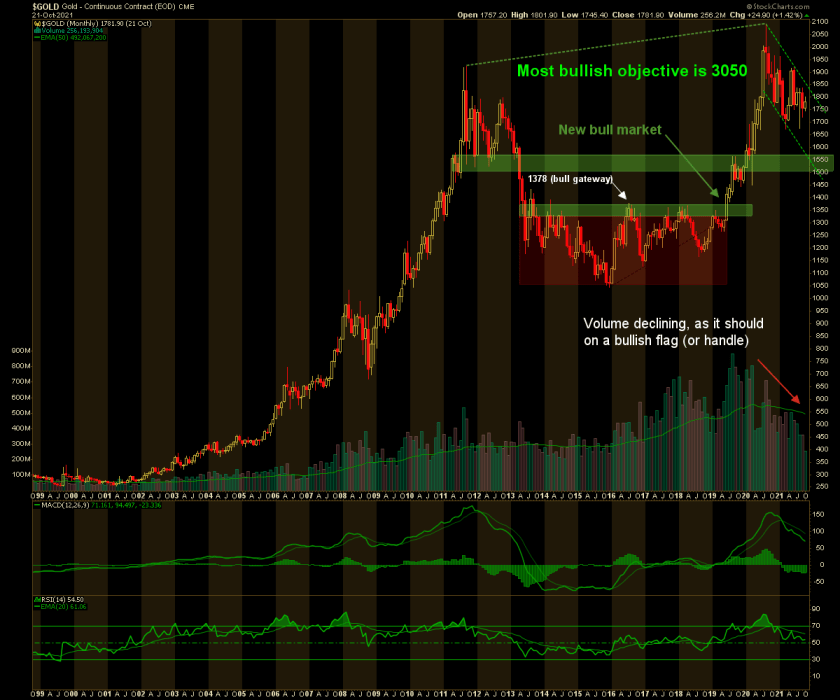 I call gold a thing of beauty because that is what the chart above is and has been since we began calling for the Cup's Handle to be made in real time, in the summer of 2020.
Said Handle has taken longer than I originally expected, but so much the better. When it finally breaks it's going to make heads spin and much of that spinning with be in the heads of inflationists wondering 'whaah whaah whaah...happened???'
As for gold stocks, let's note the slightest of hints in the HUI/SPY ratio on the daily chart and...

Dialing out to Huey's big picture as well, we note that the current bounce (which we anticipated in advance with some starts and stops, due to the sector's oversold status and sentiment profile in September) came from a logical support area.
The rally has now registered two of our three bounce objectives (also managed in NFTRH every step of the way). If the macro indicators (one example is just above) swing positive let's be open-minded about the possibility that it's 'correction over'.
But if they don't, also please be aware that there are lower targets within this still-bullish big picture view of HUI, which was originally projected as an A-B-C upward correction and came within a teeny of our 375 target last year as NFTRH subscribers of that time know. 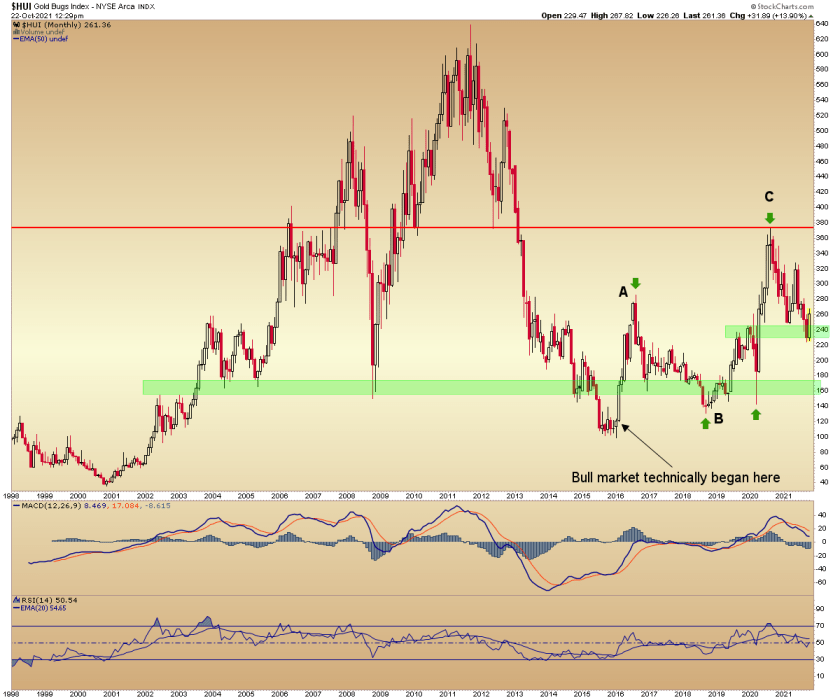 The current bounce came at support target #1, but there are two more lower and depending upon the macro they should be respected by right-minded bulls. Wrong-minded bulls can, well, you know... 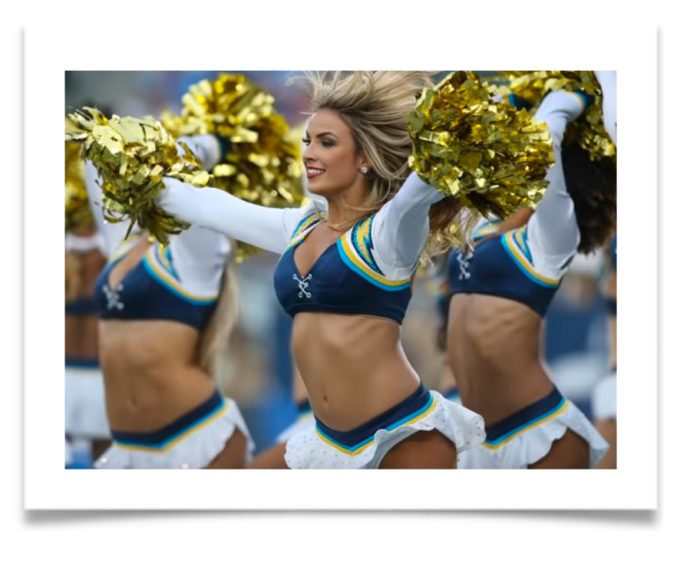 As a reminder, to this point the macro has been set up wrong for gold and especially gold stocks, which leverage gold's standing within the greater macro. And so the Macrocosm chimes in again to ask one-way gold bugs why they did not listen when this graphic was presented a year ago when it could have helped some people avoid losses (or sitting out gains in other areas) at the hands of the ladies above.

A turn can come about next week, next month or next year. But when the 'good' (ie, cyclical) inflation fails and the world swings counter-cyclical as Gold/Commodities and Gold/Stock Markets reverse and inflated economies start to fail (under either deflationary or stagflationary pressure) the time will be at hand.
Meanwhile, the Handle/correction on gold and HUI monthly charts have not yet broken trend. Reality.
There is a lot of noise out there as players are banking coin due to the speculation instigated by the Fed's monetary (as printed) inflation and the government's fiscal (as pushed) inflation. It will not always be this way. Gold and especially gold stocks are counter-cyclical.