END_OF_DOCUMENT_TOKEN_TO_BE_REPLACED

...then we just get here again?

BACK during the bear market years (it's nice to be able to write that now), I regularly would compare the declines in gold, silver and gold stocks to their past history, writes Jordan Roy-Byrne at TheDailyGold.

It gave us a visual representation of just how bad the forever bear market was and helped us decipher when it might end.

Thankfully that is all behind us.

Now it's time to compare recent bullish moves to past iterations.

If silver's rebound were simply an average of the four rebounds shown then it would reach nearly $24 by the end of March 2020. 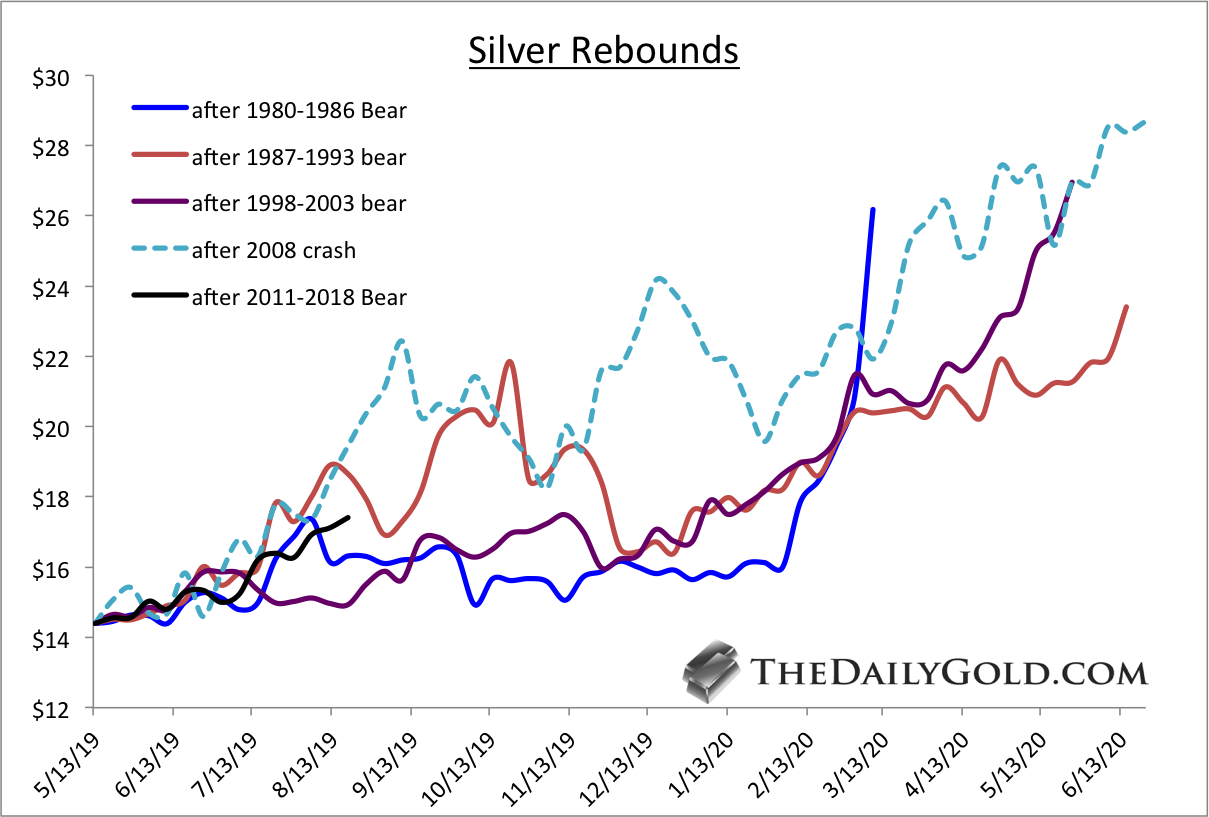 However, when we consider the preceding bear market, the best comparison to the recent bear and current bull is the late 1990s and early 2000s. 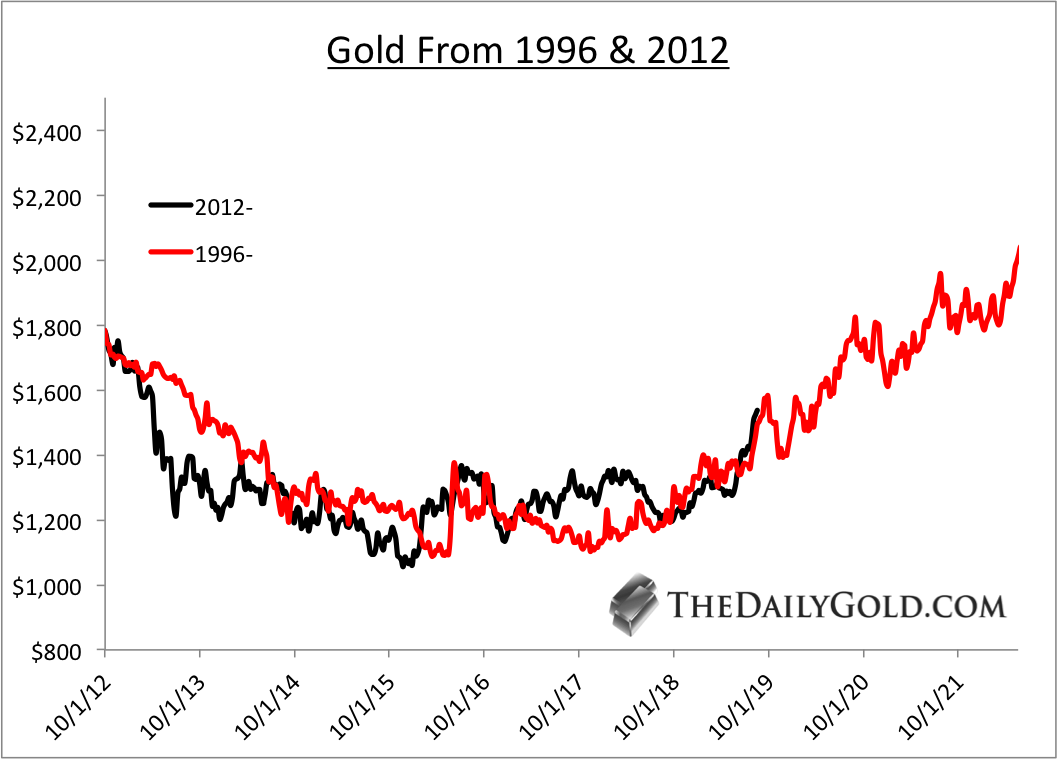 Turning to the gold stocks and specifically the junior gold stocks, here is how the 2016 bottom compares to the bottoms in 2001 and 2008.

Note that the basket of 20 stocks we used is quite strong compared to GDXJ. In other words, we erred on the side of positive performance. 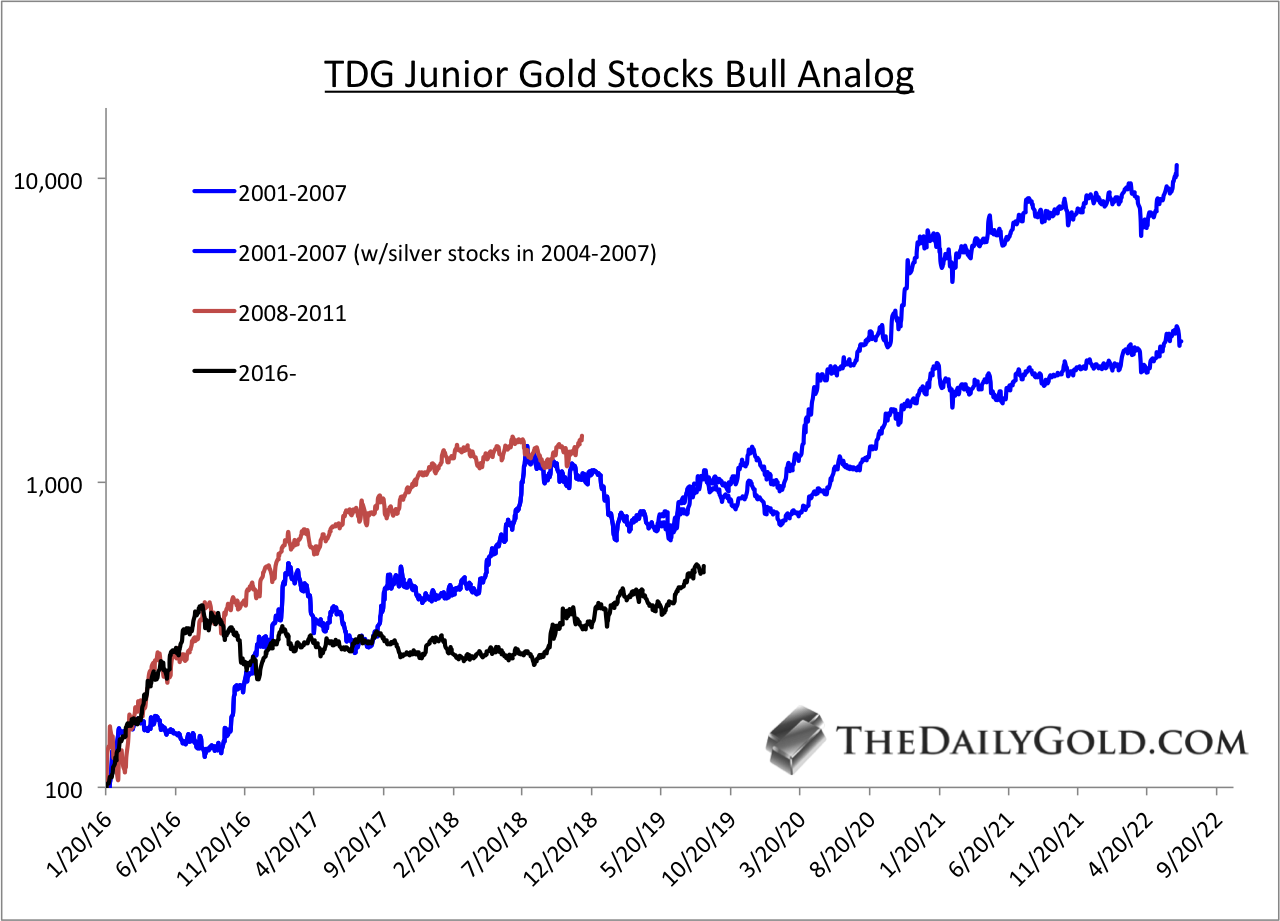 In our new book (available at TheDailyGold.com), we argue that the 2016 low in gold stocks was very similar to the 1957 low.

There are numerous similarities between today and the early to mid 1960s. That includes the gold stocks and their incredible long-term value at the start of a major inflationary cycle. 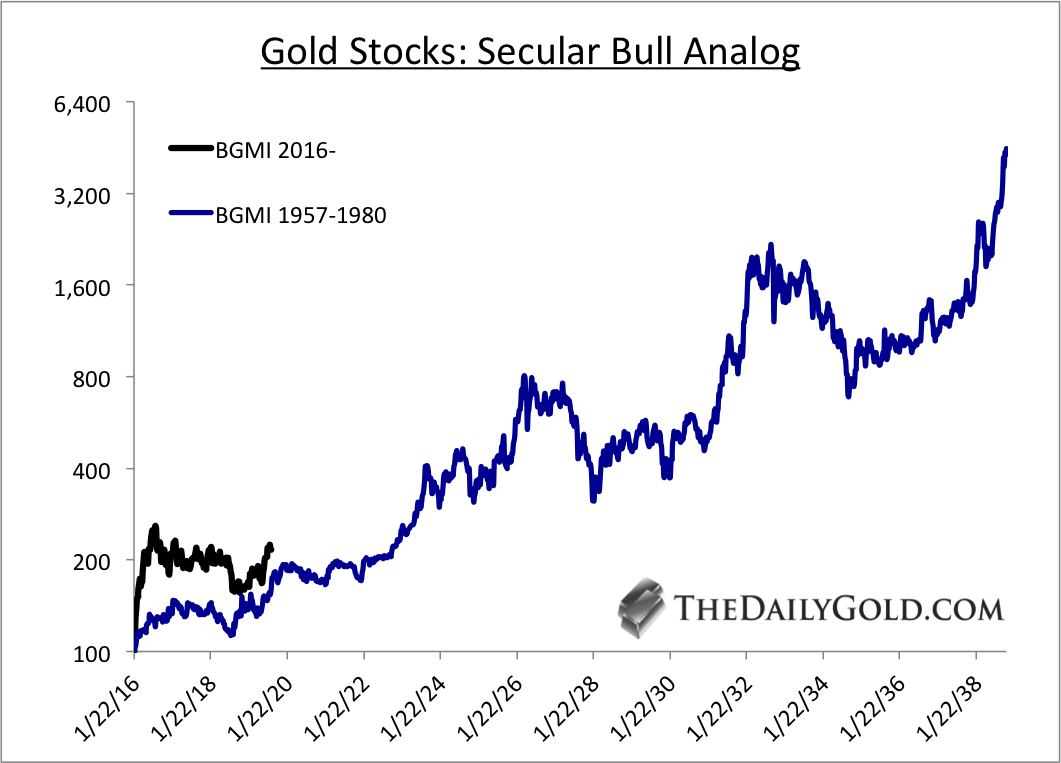 As you can see, if gold remains in a real bull market then significant upside potential remains in place across the precious metals complex.

Fundamentally, gold could remain in a bullish trend until the next economic recovery gains traction. That could be anywhere from a few to four years away.