END_OF_DOCUMENT_TOKEN_TO_BE_REPLACED

ANY WAY you slice it, 2022 was a turbulent year, from Russia's invasion of Ukraine to historic inflation and jumbo rate hikes to multiple failures in the digital asset space, writes Frank Holmes at US Global Investors.

These have had wide-ranging implications for the world of finance that are sure to carry over into 2023.

Through it all, gold managed to help investors limit their losses. The yellow metal was one of the very best assets of 2022, down just 1.5%, compared to a loss of more than 19% for the S&P 500 and around a 10% loss for US government bonds.

#5. 1 Dollar = 1 Euro. What This Means For Gold (July 2022)
For frugal travelers, there was no better time to visit Europe than in September of this year. That's when the Euro/Dollar exchange rate hit its most favorable level in 20 years, fueled by the Federal Reserve's aggressive tightening cycle.

But a strong Dollar, as you know, can also be kryptonite to gold. The yellow metal declined more than 20% from its 2022 peak in March to the trough in late September, when the exchange rate also found a bottom.

Since then, gold has climbed around 10%, making it one of the most resilient assets of the year. Meanwhile, gold miners, as measured by the NYSE Arca Gold Miners Index, have jumped more than 32% since the late-September bottom.

#4. $2.8 Billion Lithium Investment to Jumpstart 'White Gold' Rush (Oct 2022)
Lithium stocks continue to look interesting as demand for energy storage technology increases. Asia, and specifically China, has long had an advantage over the rest of the world in producing "white gold" products, but that may be set to change. 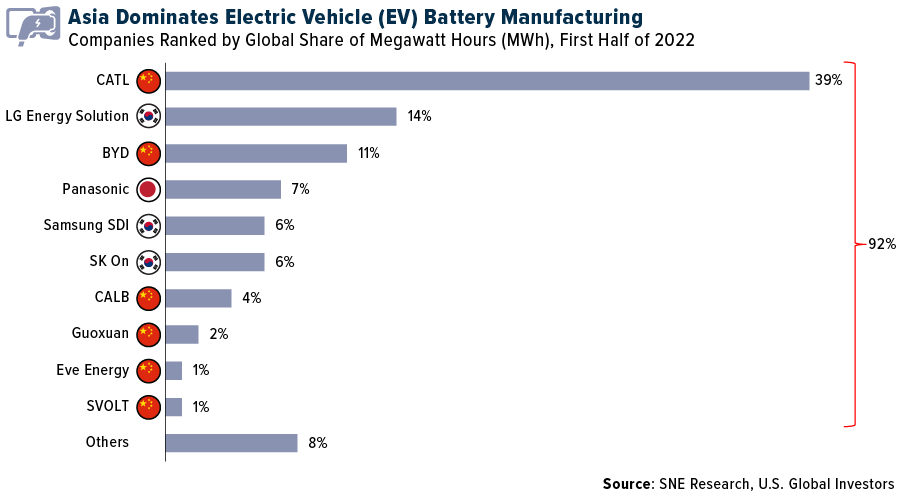 In October, the Biden Administration announced it would be awarding nearly $3 billion in grants to some 20 US companies to "expand domestic manufacturing of batteries for electric vehicles and the electrical grid." The lion's share of the investment went to three companies – Talon Metals, Piedmont Lithium and Albemarle – all of which are in the process of building new lithium projects here in the US

#3. Gold $3,000 Or $4,000 In 2023 (Dec 2022)
In his outlook for 2023, respected commodities strategist Ole Hansen said he believes gold could hit $3,000 an ounce once the market realizes that inflation will remain high despite historically aggressive monetary tightening.

I believe it's entirely possible that the metal could hit $4,000, a price I've been forecasting since 2020.

Technically, gold is setting up for a monster rally. Its 50-day moving average has crossed above the 100-day, while gold itself is trading above its 200-day average.

The fundamentals look strong too. Inflation remains stubbornly high, and the US Dollar is on the decline. A recession looks all but guaranteed with the yield curve at its most inverted in over 40 years. 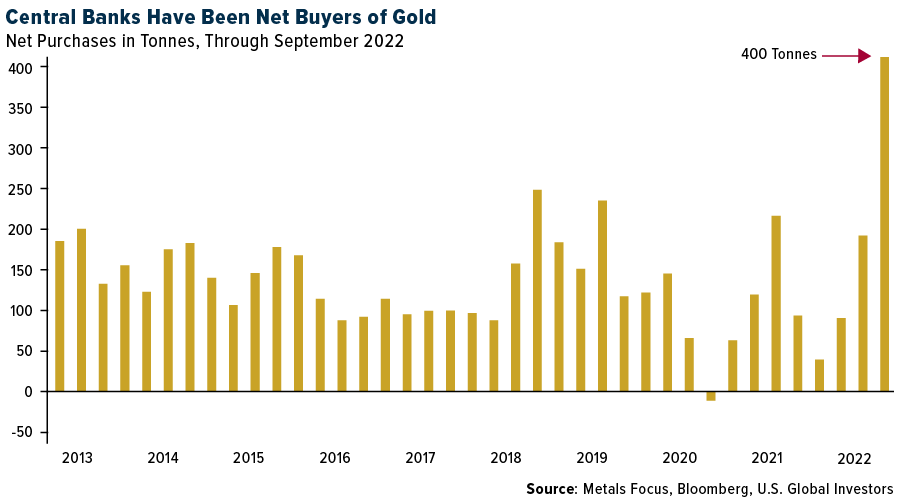 Most importantly, central banks can't get enough of the metal. In the third quarter, official net gold purchases were approximately 400 tonnes, around $20 billion, the most in over a half-century.

#2. Worried About Inflation? (May 2022)
Scorching inflation this year recalled similarly high consumer prices in the 1970s. So what investments worked during that decade?

You might not be surprised to learn that gold was the best asset to own in the 70s. The metal went from $35 an ounce at the beginning of the decade to as high as $850 by 1980. Investors sought a hard asset that could go toe-to-toe with inflation and hold its value over time, and gold fit the bill.

But does the thesis still hold up?

So far this century, gold has outperformed the S&P 500 by a factor of three. Not bad for a "barbarous relic" that generates no income. 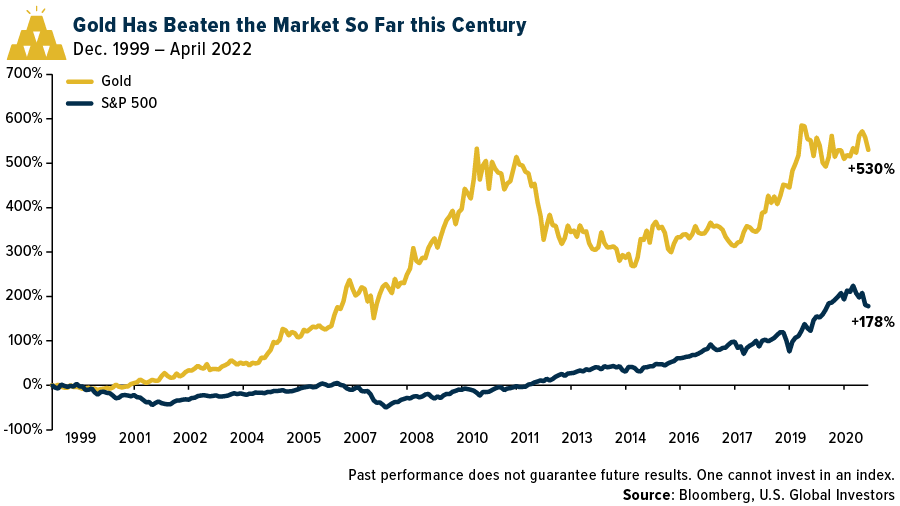 #1. Unloved And Overlooked Gold Mining Stocks (Aug 2022)
On August 10, I made the case that gold miners, among the most heavily battered stocks of 2022, were starting to look interesting. Since then, the NYSE Arca Gold Miners Index has increased around 7%, beating the S&P 500, which was down around 9% over the same period.

It isn't just gold miners' performance that makes them attractive. As I pointed out to you, dividend yields were the highest I'd seen in nearly a decade.

Add to that the fact that many producers are starting to generate impressive free cash flow, and this often maligned and ignored industry may be worth your consideration. That's especially true if you believe a Fed pivot could be in the cards in 2023.