END_OF_DOCUMENT_TOKEN_TO_BE_REPLACED

GASOLINE consumers around the world, from families to businesses, have had to deal with record prices at the pump for months as global demand has surged past the rate of new supply, says Frank Holmes at US Global Investors.

Some relief now appears to be on the way, mostly due to recession fears, which I'll get into later. In the US, the average price for a gallon of gas has fallen about $0.34 since its all-time high of $5.02, set on June 14. Meanwhile, the price of Brent crude, the European benchmark, has plunged below its 50-day moving average and is now trading at levels last seen in April.

With midterm elections coming up, President Joe Biden has been under pressure to do something about crushing fuel costs, but in reality, the executive branch can do very little to bring prices down. Unlike many others, I don't believe the President's actions have gotten us here, nor can they do much to ameliorate the situation.

At the same time, Biden's attempt to place full blame at the feet of Vladimir Putin strikes me as insincere and smells of desperation. Federal Reserve Chair Jerome Powell said it himself that prices were rising well before Russia invaded Ukraine.

I was also shocked to see Biden's recent tweet insinuating that gas station owners were responsible for gouging prices. "Bring down the price you are charging at the pump to reflect the cost you're paying for the product. And do it now," he said.

This is a gross misunderstanding of how fuel is priced in the US, and who profits from it. In this country, most convenience stores and gas stations are mom-and-pop operations. Only 0.1% of them are estimated to be owned by a major oil company, according to the National Association for Convenience Stores (NACS).

The truth is that selling gas just isn't very profitable. Margins are razor-thin, even while big oil companies are raking in record profits. An investigation by The Hustle's Zachary Crockett found that, based on $4.09 gas, station owners pocket only between $0.03 and $0.07 for every gallon that leaves the pump. The real money is found in selling Snickers bars and slushies. 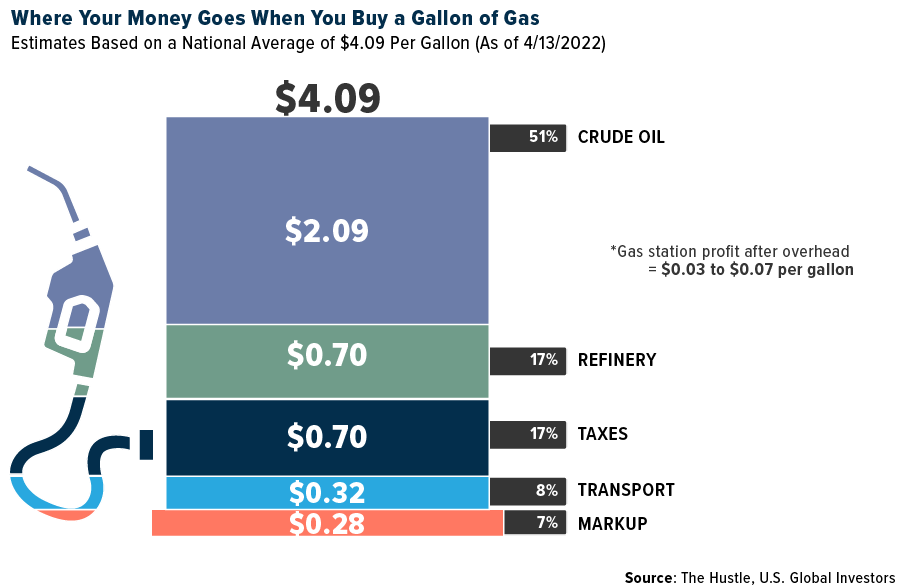 So, with all due respect to the President, there's really no way for convenience store operators to lower the price of gas, as they're already virtually giving it away at cost.

Again, the reason for lower fuel prices is that traders are forecasting muted demand on a possible recession, making the relief a Pyrrhic victory. As I briefly mentioned before, the US is believed to have entered a recession as of the June quarter, based on the Atlanta Fed's GDPNow model. Economists define a recession as a period when real gross domestic product (GDP) contracts for two or more consecutive quarters. 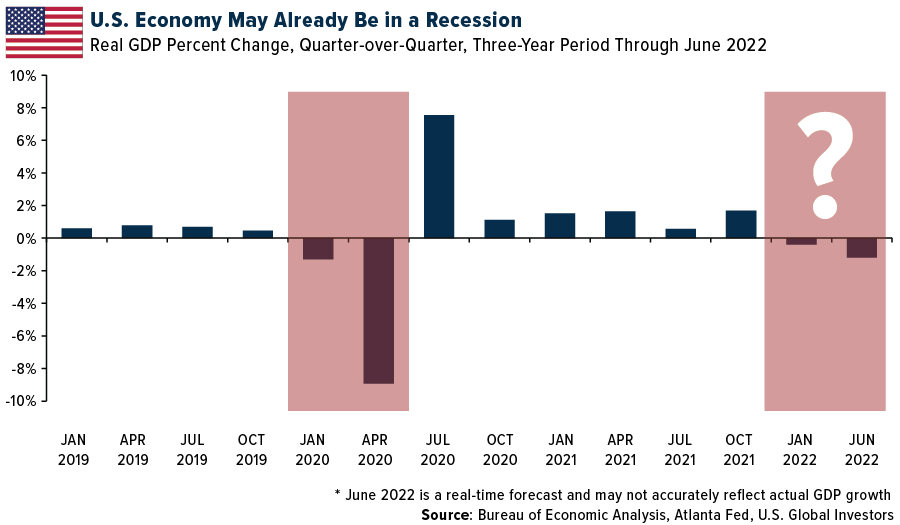 It's not just oil and gasoline that are signaling an economic pullback. Many commodities that were flying high earlier this year have now either plateaued or rolled over completely. On Friday, lumber futures were trading at around $665 per 1,000 board feet, down more than 50% from their 2022 high of $1477.

The price of copper, an important economic bellwether, has slipped below $8,000 per ton and is now at a nearly two-year low.

It's crucial we remember why fuel prices were scorching hot in the first place. Poorly conceived and executed climate policies are, as I've said many times before, largely at fault and will continue to be so.

More than anywhere else on earth right now, Europe is paying a heavy toll for the draconian rules that have been forced upon families and businesses by unelected bureaucrats. Fortunately, some are fighting back.

In demonstrations that recall to mind the Canadian trucker protests earlier this year, farmers in the Netherlands are protesting proposed regulations that would reduce the amount of fertilizer they can use as well as the number of livestock they can raise. These protests have reportedly spilled over into other parts of Europe, including Italy, Poland and Germany.

In the short-term, the conflict in Ukraine has only exasperated conditions in Europe, which could be facing a serious energy shortage, especially later this year.

As a result, we're seeing alarming examples of European governments planning to nationalize their countries' energy sectors. France is set to take full control of Électricité de France, or EDF, the world's largest electricity producer as recently as 2009. Germany may end up taking a stake in Uniper, a Düsseldorf-based power producer that operates in more than 40 countries.

Reading this should make one feel proud to live in the US. We're not without our own challenges when it comes to energy, but the country remains the world's leading producer of oil, and there's very little risk of the government assuming control of private companies.