END_OF_DOCUMENT_TOKEN_TO_BE_REPLACED

Natural outcome of money pumping is the post-pumping crash...
In COUNTRIES such as Turkey and Argentina, writes Dr.Frank Shostak at the Cobden Centre, in an article first published by Mises.org, a tighter stance implemented by central banks has set in motion an economic bust.
In Turkey the central bank has raised the one week repo rate to 10% from 4.5% while in Argentina the 3-month Treasury bill rate climbed to 25.89% from 16% in early January. That increase in Peso rates took place once the central bank aggressively curbed its monetary pumping, while in Turkey the central bank raised its policy rate. 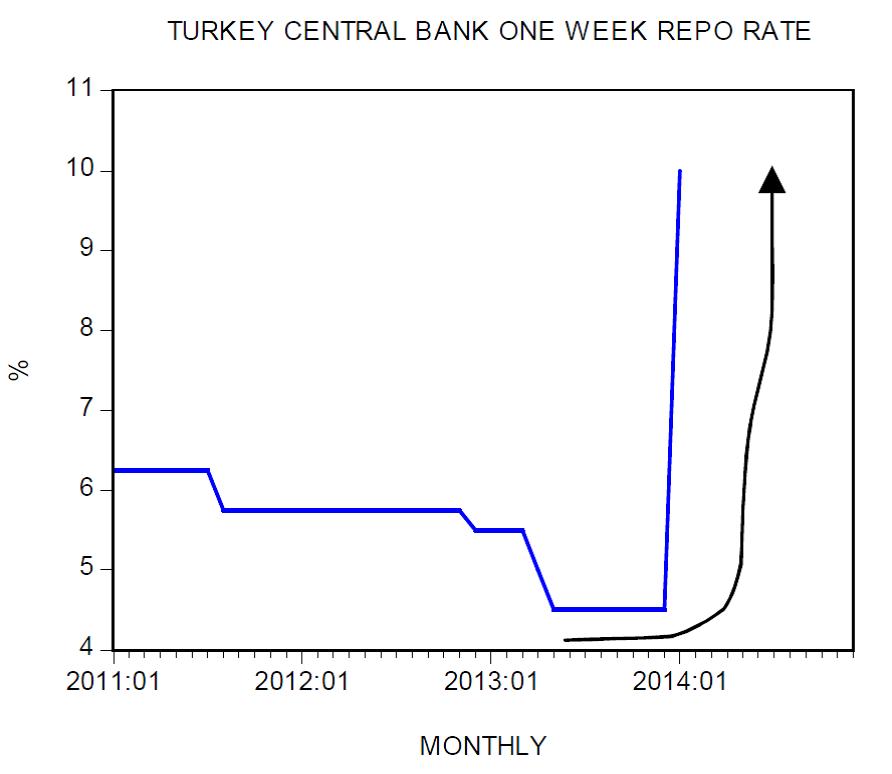 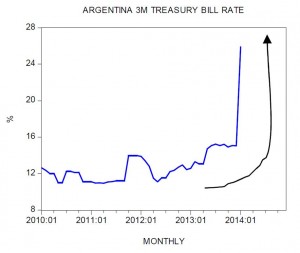 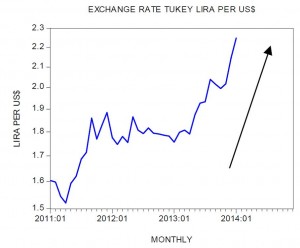 Given that GDP reflects changes in the money supply rate of growth we suggest that the growth in GDP mirrors the build-up of bubble activities. The stronger the GDP the stronger the pace of bubble formation is.

Obviously then a tighter monetary stance is going to undermine the rate of growth of money supply and thus weaken the support for various bubble activities. It is this that sets in motion an economic bust. We suggest that a similar scenario is awaiting other economies that have been generating a strong real GDP rate of growth by means of monetary pumping.