END_OF_DOCUMENT_TOKEN_TO_BE_REPLACED

OKAY, let's take a breath, says Gary Tanashian in his Notes from the Rabbit Hole.

I don't like to use '!' in titles or even in articles. In fact, when I see too many of them I immediately think that someone really REALLY wants me to see their point. That said, the signal shown below is pretty important.

It's in-month with a monstrously over-bearish bond sentiment backdrop similar to when we installed a red arrow on the chart below at the height of the Q1 2011 frenzy (cue the Bond King: "short the long bond!").

Chart jockeys are probably delivering the bad news of the chart's inverted H&S, a potential for which NFTRH began managing a year ago when the 30-year Treasury bond yield hit our initial target of 2.5% and then recoiled as expected after the public became very concerned about inflation. 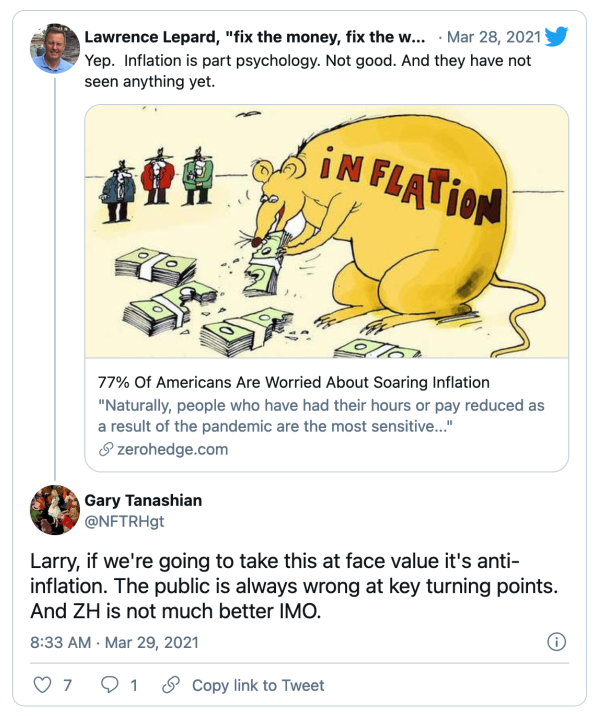 But we were planning for the possibility that the pullback could make a right side shoulder to a bullish pattern, and so it did. Now the question is whether the Continuum continues (ie, resumes its long journey down) or does something it has not done for decades, which is to break the limiting moving average trends.

The inflation hysteria a year ago was enough to foreshadow a contrary move in the other direction for inflation expectations (and the yield below). But beyond that, Larry was right; they had not seen anything yet.

After a multi-month respite, now they see it (oh boy do they). They also see the Continuum (well, you and I do at least) piercing the limiters in a violent manner.

That is why this chart exists; to let us know if something that has been in place for decades (dis-inflationary backbone against which the Fed inflates the system as needed) will continue or give way to something new for the modern era but not entirely new historically, as Ludwig von Mises would advise. 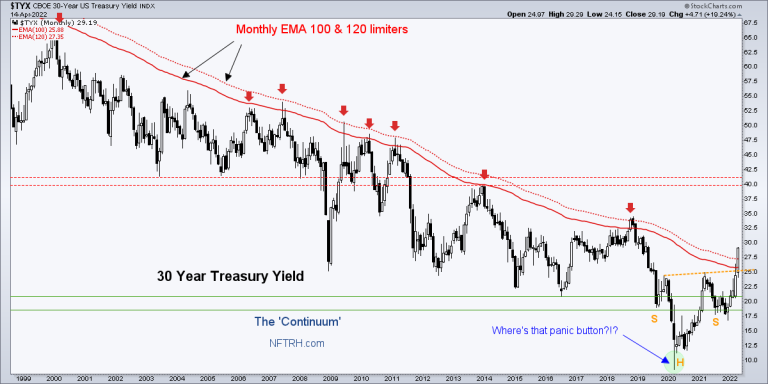 The inflation will not die easily. At whatever point inflation, its 'expectations' indicators and associated asset market trades make their highs we can expect a potentially dramatic pullback in the yield at some point.

But if it does not pull back in the month of April (thereby flagging the monthly candle as a 'reversal' candle) the chances will increase that what has been for decades no longer will be.

That was a secular trend up in bonds and down in long-term yields. That was the very backbone of the inflated Keynesian economy against which policymakers have inflated boom cycles (most recently in Q1, 2020) and once again printed our way out of the inevitable bust cycles that have followed them.

It's a continuum, an ongoing game of hide the cheese (inflation). But the cheese is there in the form of all that debt that has not yet unwound. 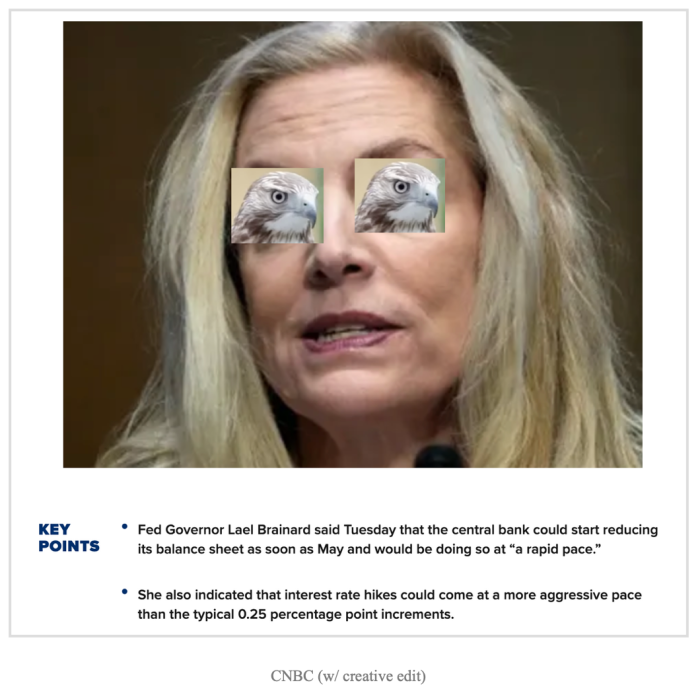 You wonder why the Fed is flashing its Hawk eyes? A break of the secular downtrend in long-term yields (uptrend in the long bond) will change the game by which the Fed has been able to reflate the system literally at will during every economic and market bust crisis over the last couple of decades.

It was a no-brainer (for dyed in the wool Keynesians at least) to manipulate and monetize bonds at every sign of trouble as long as bonds were not indicating a serious problem with the Fed's primary tool, inflation.

But if this and other indicators go on to make new secular trends, then market participants have got to discard certain rule books.