END_OF_DOCUMENT_TOKEN_TO_BE_REPLACED

Japan's woes put the source of Australia's strong Dollar under the spotlight...

THE NEXT FEW DAYS will tell us a lot about how durable demand is for Australian assets and output, says Dan Denning in his Daily Reckoning Australia.

The prevailing view is that the Aussie Dollar – based on its high yield and underlying commodities demand from Asia – is in a long-term bull market. But in the next few days it's going to be a contest of Japanese housewives versus global hedge-fund traders. The result will determine how far the Aussie market falls.

Conventional wisdom says the Aussie Dollar is strong and perhaps at a new permanent level of strength against the US Dollar (which itself is in terminal post-imperial decline). The evidence to support this view is Australia's record terms of trade, where Australia gets more and more for what it sells to the world and pays less and less for what it imports. But that could be unwinding.

Before we get to the effect of Japan's earthquake, tsunami and nuclear meltdown on the global supply chain, we must note that the situation is fluid. That alone is going to keep markets nervous. Since we have no reliable information about what's really going, we should confine ourselves to financial observations. And the first (and most useful) note is that the correlation between the Aussie Dollar/Japanese Yen currency pair and the Aussie stock market (via the ASX) has been holding firm, and it's turned down. The last time this happened, the global "risk off" trade dominated the market, sent commodities down, and took the Aussie Dollar much lower, as this chart from our colleague Murray Dawes here in Melbourne shows...

How much of the strength of the Aussie market and the Aussie Dollar comes from foreign "hot money"...? It's an important question.

Since the mid-point of last year, Australia has benefitted from the same kind of speculative bets that helped pump up the oil price in 2008. But what happens if the disaster in Japan crushes sentiment and terrifies traders back into cash and US Dollars?

It would mean the fundamental underpinnings of the Aussie's strength might not be as strong as they look. The Aussie Gold Price would go probably go up. And the yield-hunting money from the US and Japan, where short-term interest rates are effectively zero, might pack up and go home for a bit.

The question of what Japanese housewives will do is an important one because it gets to how much of the demand for Aussie assets is from carry-trading investors in Japan. You can expect a massive repatriation of Japanese money back into the local economy, back into cash. How much of that money will come out of Australian assets?

Of course, the "risk off" trade was bullish in the short term for US bonds and the US Dollar. People were cashing in their chips and storing up their cash. But longer term, the US may find it a lot harder to fund deficits without the help of at least one major foreign buyer. This will put more pressure on the Fed to monetise debt right away.

Finally, Japan is a big export market for Australian minerals, energy, and agricultural commodities. The table from ABARE's most recent quarterly report shows just how important an export market Japan is for Australia. So what will the effect of the quake and tsunami be? 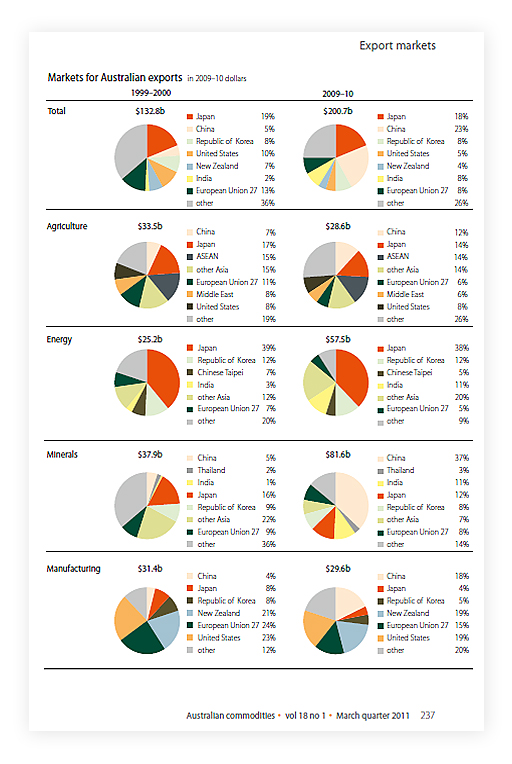 The answer is the effect will be mixed. If Japan's big exporters slow down production, it will reduce demand for commodity inputs. Of course no one knows yet what Japan's reconstruction effort will require in terms of base metals. It's way too early for that.

For now, the effect is going to be mixed. If Japan idles some of its nuclear plant, it will probably increase LNG and thermal coal imports. Also, if there is serious concern about the safety of Japan's food supply, agricultural exports from Australia could actually increase. The table below shows that when it comes to energy commodities, Japan is a bigger trading partner to Australia than China. 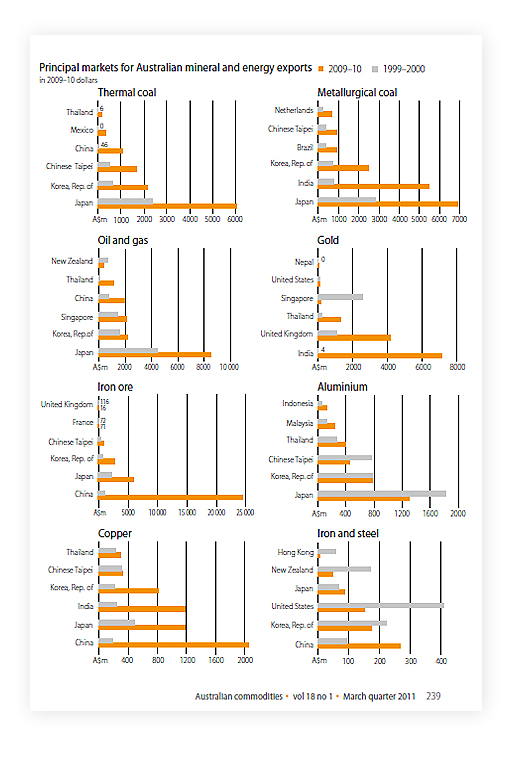 So what do we make of all that?

Well, for now, the Japanese quake is a catalyst for a big correction in the share market. It's the kind of event that could lead to a change in investor sentiment. That's negative for Aussie stocks and the Aussie Dollar. But once the immediate panic subsides, you'd expect cash to be redeployed into some of the stocks that are now a lot cheaper, and into some of the precious metals.

The longer-term impact on the global economy and commodities demand is a lot more mixed. And of course the story is still playing out. Asset prices could continue to rally sharply if the situation becomes more stable. But if it doesn't...an even bigger market rout wouldn't be far around the corner, we guess.