END_OF_DOCUMENT_TOKEN_TO_BE_REPLACED

How US and Chinese politicians are working together to fight the inevitable...

GIVEN HOW critical government has become in the financial markets, predicting what move the government is most likely to take next means we must first assess the probabilities, writes David Galland, managing editor of The Casey Report.

In order to do that, we start by restating the central question:

"How does the US government spend, spend, spend (a minimum of $10 trillion in red ink over the next decade) and yet maintain today's historically low interest rates?"

Not to get all Freudian here, but we begin to answer that question by understanding that, despite evidence to the contrary, government officials are actually human beings. And so it is that, just as babies reflexively learn that a return trip to mother's breast results in a reliable reward, politicians reflexively repeat actions that have previously produced the desired results.

So, how does a government spend like a drunken casino jackpot winner, without actually winning the jackpot? 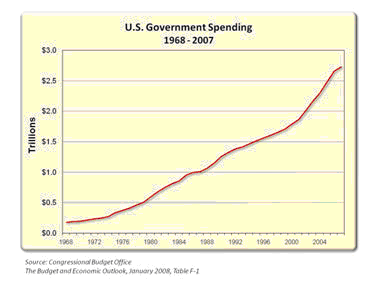 And do so, while simultaneously having interest rates fall to the lowest level in 50 years? 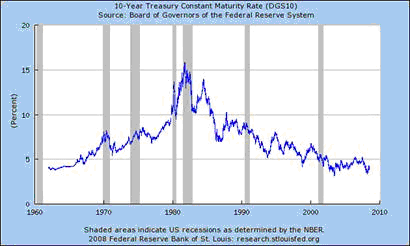 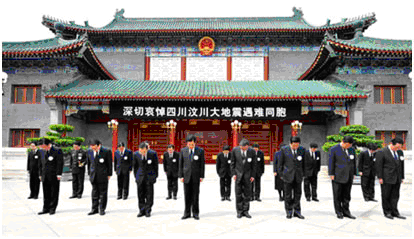 With artificially low rates, the US consumer was able to buy pretty much any shiny thing his or her eyes came to rest on.

But only because our foreign trading partners, most notably China, were willing to recycle the Dollars they earned selling us flat-screen televisions and disposable diapers into US Treasury debt. That allowed the government to keep rates down while simultaneously spending up a storm.

Given how well the symbiotic relationship between the US government and its trading partners worked for all parties concerned, it should be no surprise to expect the bureaucrats to sign on for the sequel. In that regard, I don't think it's a coincidence that there has been a sea change in the tenor of the diplomatic exchanges between the Obama administration and the Chinese in recent weeks.

One minute it was all bared teeth and cracking knuckles, and the next we hear that the Treasury Department's semi-annual report on global currencies, which was expected to condemn the Chinese as currency manipulators, may be toned down.

Doing their part to reduce the heat, the Chinese have said they'll adopt a more flexible currency regime and even follow the US lead on sanctions on Iran. Meanwhile Timmy Geithner has been hopping on a plane for Beijing ahead of a meeting between that country's president and The One.

It's enough to make the head spin.

Unless, of course, you take a moment to understand that, as hedge fund manager James Chanos so succinctly put it, that China is on a "treadmill to hell." (It's the treadmill right next to the one that the US is now laboring on.) Or, to quote Ben Franklin's oft-quoted remark to the continental congress, "We must, indeed, all hang together, or most assuredly we shall all hang separately."

One might imagine that the conversation now going on between Timmy and the Chinese is running along the following lines:

"Okay, what do you guys want?" Timmy asks nervously.

"We need access to US markets, because if we can't get all these empty factories humming, we're going to get strung up by our collective heels..."

"For starters, pretty boy, tell your most esteemed party members to stop yapping like diseased dogs about our currency. And stop all this talk about tariffs. We got business to do, and that business is selling your peasants cheap stuff."

"We can do that. But in exchange, you have keep showing up at our Treasury auctions. Use that big pile of foreign reserves to buy a ton of Treasuries over the next couple of years. That way we can try to buy our way out of this damn recession while keeping rates low. That works out well for you guys, too, because it will mean that our peasants will still be able to afford the stuff made by your peasants. That's what we Americans like to call a 'win-win'."

"But then we'll end up with even more Treasury paper. Already it's getting hard to find a place to stash all of it. And if you keep cranking the stuff out like a noodle shop, then in time it will be worthless."

"I hate to break it to you, but it's already pretty much worthless. We're so broke that I had to pass on the lobster last night. Your only hope is to keep the shell game going a little longer – you know, buy us some time to work this thing out."

"Can't you just invade Canada? They got lots of resources, but they don't have no nukes. Kind of like Tibet."

"Let's just say that all options are on the table. But for now, all that's required is that you just keep showing up at the Treasury auctions."

"We are going to want some special considerations, starting with losing that whole currency manipulator thing."

"Well make it go away. After all, we're all comrades now."

And it won't be only the Chinese that the US will begin rolling over for. The Russians, the oil sheikdoms, the Japanese – all are going to get calls, if they haven't already. Given that the US currently holds the title "Global Empire", we have a lot to trade with. Whereas, if your country doesn't currently hold that title, or is otherwise lacking in trading chits, then your sovereign debt problems are very likely to go "Greek" in the near future. As the leaders of Thailand and Kyrgyzstan are now finding out, it's a dog-eat-dog world; get used to it.

How will we know if this scenario is coming to pass? First and foremost, watch foreign government participation in the US Treasury auctions. If they show up in droves and keep buying at today's low rates, you know the fix is in. And watch the language as it relates to China's currency manipulation in the soon-to-be-released Treasury report.

Also, watch the level of China-bashing emanating from Democrats. Today it is high, but I suspect it will begin to moderate following Geithner's trip, as China puts its financial reserves to the task of saving the US economy while talking the talk (if not walking the walk) about letting its currency rise.

Beyond that, watch as the concessions to other important Treasury buyers start to roll out. The long-term consequences of those concessions will be of no concern to the current administration, because at this point they are in full panic mode – panicked because they know if they can't keep interest rates down, it's game over – and not just for their political fortunes.

So, what's the second move the government is most likely to make in its attempt to head off a debt-driven death spiral?

They'll have to raise some revenue. However, once the Bush tax cuts expire next year (or are repealed this year), then further raising taxes on the affluent will be difficult – especially given that the top ten percent currently pay 73% of the nation's income taxes, while the bottom 46% pay none.

How best to start Buying Gold and silver today? "If there's an easier way," says one BullionVault user, "I've yet to find it..."