END_OF_DOCUMENT_TOKEN_TO_BE_REPLACED

Equal-weight S&P gives the lie to headline S&P...
The US STOCK MARKET has bad breadth as participation thins out markedly, writes Gary Tanashian in his Notes from the Rabbit Hole.
Below are a few examples. 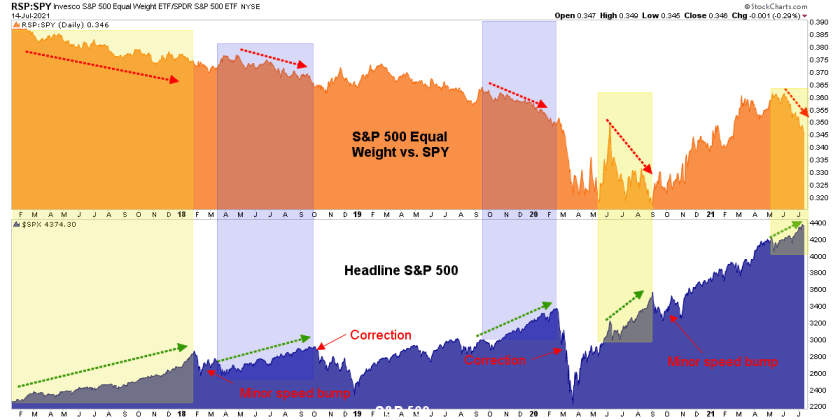 The equal weight S&P500 index is fading the headline SPX per this chart which we feature occasionally in NFTRH but update the status of most weeks.
SPX new highs/lows is diverging the headline as well.
But let's also take a look at the thinning out going on in big Tech as the headline powers higher. 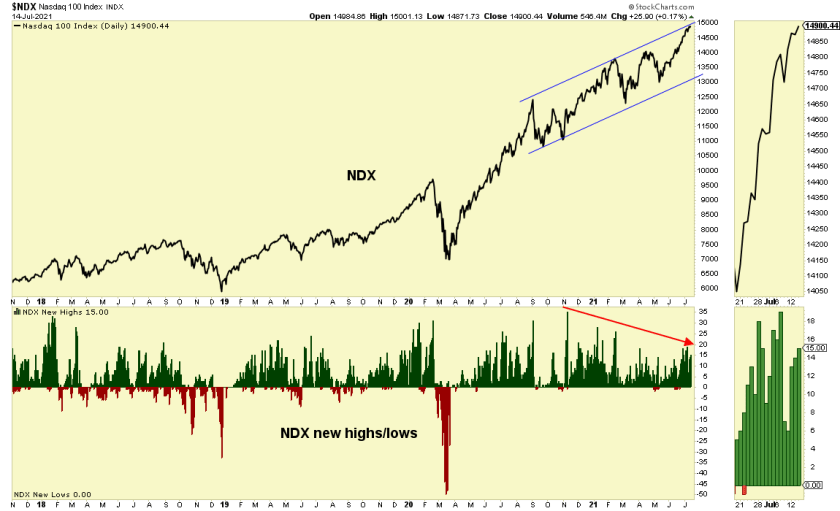 Now take a look at the disgusting charts of mid caps below.
Like small caps, they are technically in roll over mode as long as they remain below the daily SMA 50 (blue), which is also starting to roll over. 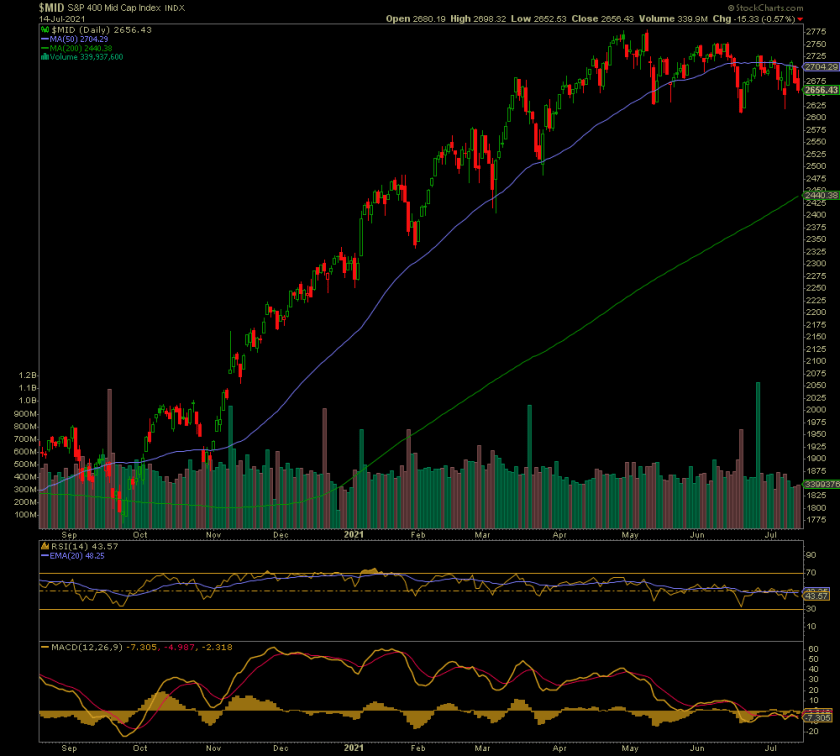 The big names that everyone knows are doing the lifting, and that is not positive.
It's man and machine rotating into the perceived safety of the biggest of big Tech.
Side note: I recently sold MSFT and AAPL (while hanging on to AMZN for now) because this is late stage signaling.
Sure, the Teflon Don (AKA the US stock market) could escape unscathed as it sometimes does after painting such obvious bearish divergences.
But that does not mean the divergences are not there and have not in the past foretold bearish things to come.
Add to that thin summer trading and if you're not having at least some level of caution you're a braver person than I.