END_OF_DOCUMENT_TOKEN_TO_BE_REPLACED

It looks like Asia is crowding out western oil demand...

SINCE 2005, oil consumption in Europe has fallen by 1.5 million barrels a day, writes Gregor Macdonald. 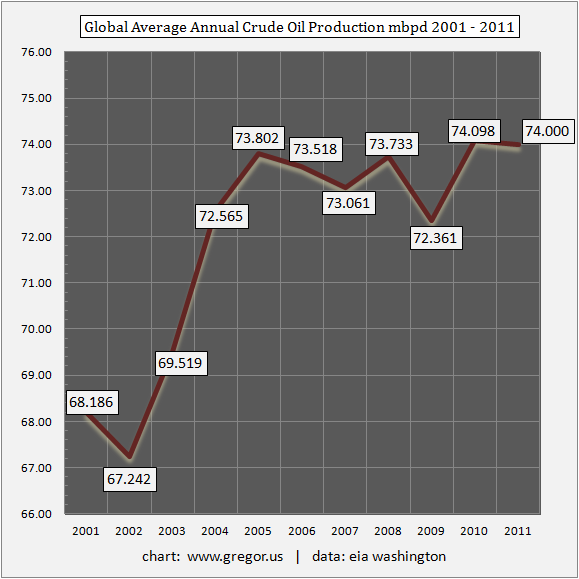 Thus, the tremendous growth in oil demand which emanates from the developing world, in Asia primarily, has been supplied by the reduction of demand in Europe and the United States. Why doesn't the world simply increase the production of oil to 77, or 78 million barrels a day? After all, that is precisely the history of global oil production: a continual increase in supply to capture the advantage of rising prices.

Today, in 2012, I observe that many analysts of global oil production—and the interaction between oil prices and the global economy—continue to engage in a guessing game about the future. But, frankly, the future has already arrived. And it is not a random future, but a future that was held to be improbable, if not impossible. For each extra barrel of oil produced over the past seven years from Russia, and Canada, there has been a loss of production from the North Sea, from Mexico, from Indonesia and elsewhere.

And in the case of OPEC, there has been a stubborn flatlining of production growth, which, in the true spirit of argumentum ad ignorantium, has been taken as proof of OPEC's hidden and secret supply. Thus, we are led to the newest and strangest meme of all: the failure of global oil production to grow over seven years, in the face of a phase transition in oil prices, is not even suggestive of peak oil. But rather, proof of oil's imminent supply resurrection.