END_OF_DOCUMENT_TOKEN_TO_BE_REPLACED

Past bull markets in Gold also hit sharp drops – just like summer '08 – and then came roaring back...

PSYCHOLOGISTS TELL US that we make decisions not simply based on what others say but also on what you hear in your own inner dialog, writes Jeff Clark, editor of Big Gold for Casey Research.

With investing, this internal dialog can be the kiss of death if you let either fear or euphoria dominate the conversation.

What did investors tell themselves this summer, for instance, when Gold plummeted by one-fifth in 5 weeks and most gold miner stocks lost a third or more of their value? Did that dialog help them make a wise decision?

I'll tell you what I told myself. When I saw a chart of gold's mid-summer drop, it looked scary...and then I told myself to take a longer look at gold's history. 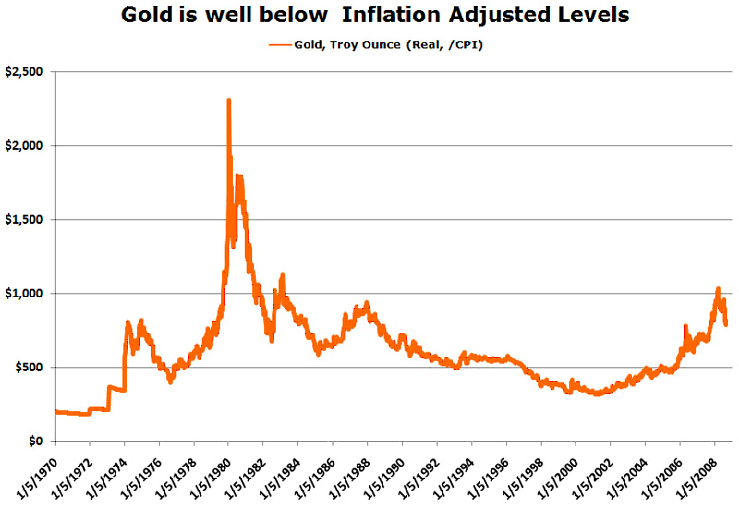 What I saw is that gold's recent drop is a blip in the big picture. So I told myself, "Maybe you should relax a little."

Then I thought about corrections in past gold bull markets. Compared to the historical record, does the recent sell-off look normal? Or is there something about it that suggests our gold bull market is over?

Here's what I found: past bull markets were interrupted by similar drops – and then they came roaring back. 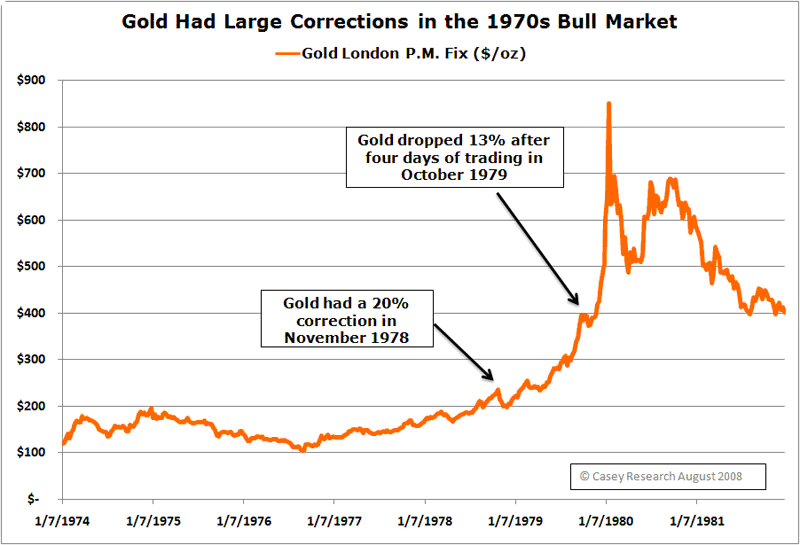 And even within the current bull market, there have been other pullbacks similar to what we've just gone through. Gold dropped 21% in the summer of 2006 – but gained 45% by the end of 2007. 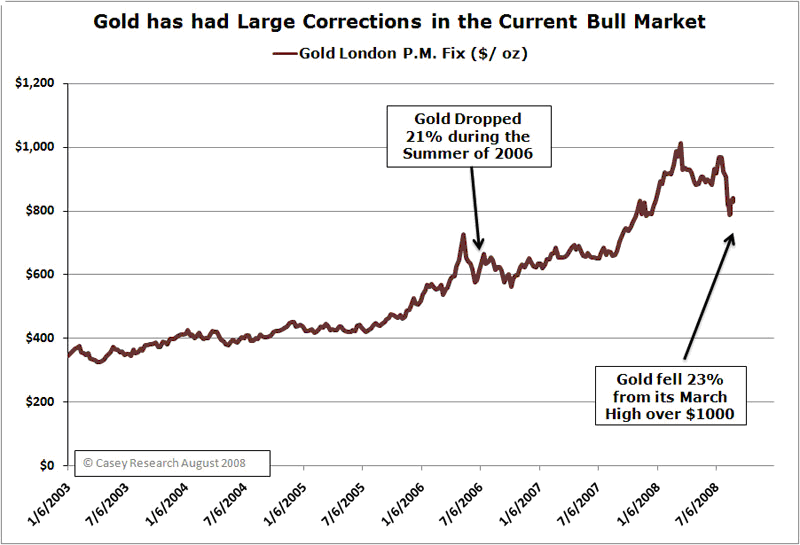 So I told myself, "Corrections, including large ones, are normal in bull markets. The sweet stuff is still ahead."

But so much for the charts. What most investors really want to know is, is whether the fundamental case for gold remains intact – or have the underlying conditions now changed?

The answer, I believe, will give you some compelling things to say if the recent correction has left you arguing with yourself about Buying Gold.

First, think back to mid-July. Gold was pushing higher at that time, and was again within spitting distance of $1,000 an ounce.

How did you feel? Were you optimistic? Excited? That depends on whether or not you'd already made the decision to Buy Gold – and act on it, of course. So I was certainly excited by the move. But what did that optimism have to do with the reasons for gold's rise? Nothing!

Gold owners were happy and tingling because gold was moving our way – yet it was rising because inflation was climbing, the Dollar had a long-term illness, the government was printing money, banks were failing, falling house prices were threatening the solvency of more lenders, long-term oil supply was dwindling, and the economy was faltering.

Now don't wait for me to ask you. Ask yourself instead: Which of those factors have changed in the last 30 days?

If the bull market in Gold were over, it would require a change in conditions. It would mean that inflation was under control, the Dollar's long-term problems had been solved, the government had become restrained in printing new money, banks were healthy, house prices had stabilized, a surprising new source of energy had been discovered, unemployment was diminishing, and everyone was smiling.

That's not what I see. So what do I tell myself? "Every fundamental reason that Gold is sought as a safe haven is still growing in importance."

What about gold's behavior during the economic problems of the 1970s? From December 1974 to August 1976, gold dropped a whopping 48%, even as inflation and the economy's condition were worsening. We all know what happened next: by the end of 1976, gold climbed 32%. And by January 1980, gold had risen more than 700%.

Today the US inflation rate is 13.4%, almost as high as the worst of the 1970s. Wait, you say, I thought the CPI was 5.6%? According to John Williams of ShadowStats, measuring inflation by exactly the same methodology the Department of Commerce used in 1980, shows that the true rate is more than double the bogus figures the government is currently publishing. That's why gas pump and grocery aisle prices are making a mockery of the government's numbers.

What do I tell myself? "Inflation is out of control and getting worse."

Even so, gold's recent reversal was matched by a recovery for the dollar, which the mainstream media attributed to weakness in European economies. With Europe headed for a recession, the Dollar's fall against the Euro was over. But are the happy TV faces correct?

First, fundamentals in the United States remain weak, especially in the housing and finance industries. In addition, we still depend on borrowing overseas to finance our spending. This will cap the Dollar's gains. Meanwhile, MZM, the broadest measure of the money supply, has grown 16% in the last twelve months.

Due to the bloating federal deficit and the big-dollar promises the politicians have made but that the US can't possibly pay, further rapid growth in the money supply lies ahead. And that means more inflation, which means the Dollar's recovery will turn out to be temporary. And more debasement of the Dollar equals higher Gold.

What do I tell myself? "The Dollar's ills haven't been cured. In fact, we haven't seen the worst of the currency's decline."

I interviewed Doug Casey here at Casey Research earlier this month and heard the textbook description of a contrarian investor. Doug was reminiscing about how hard it was to get clients to Buy Gold and gold miner stocks in the mid-70s, how a client even refused to pay for gold stocks he'd just bought, and how the prospects for gold looked bleak to nearly everyone. What did one of the greatest speculators of all time advise?

"You don't make money buying when you're optimistic. You have to actually run completely counter to your own emotional psychology. It's easy to talk about being smart in theory, but extremely tough to apply in practice when it's real money and you're scared. But what am I doing now? I'm buying."

What do I tell myself? "$800 gold is nothing but a buying opportunity. Grab some cash, Jeff, and Buy Gold while it's still on the SALE! rack."