END_OF_DOCUMENT_TOKEN_TO_BE_REPLACED

SO MUCH trash talk circles around the gold standard – the basic monetary principle of the Western World until 1971 – that you have to clear the air once in a while, writes Nathan Lewis of New World Economics in this article first published at Forbes.

Professor Emeritus of Political Economy at Warwick University, Skidelsky really should know better, especially considering Britain's extraordinary role in these matters since the founding of the Bank of England in 1694.

First, let's establish what a gold standard system is, before discussing what it is not.

Although there have been many minor variants throughout history, the basic principle is that the currency (coins or banknotes, or perhaps even some electronic form) has a value that is equivalent to some quantity of gold.

This is the same basic principle that is used by most of the countries in the world today, whether they participate in either the Dollar bloc or the Euro bloc. But here the value of their currencies is maintained at some fixed trading ratio with the Dollar or Euro.

For a gold standard system, you use gold instead. That's the basic idea.

Is a gold standard system better than today's Dollar-standard or Euro-standard systems? That depends on the quality of "the standard", since they are fundamentally similar in most other ways. I think that if you look at the success of gold as a shared standard of value, in the two centuries before 1971, and the lack-of-success of the floating fiat Dollar or Euro in the 47 years since 1971, this question becomes easy to answer. It doesn't have to be more complicated than that.

In the end, you really have only the Gold Standard or the PhD Standard. One has always worked; one has never worked very well, and sometimes spirals into disaster.

The people running the currencies of Argentina or Turkey today also have PhDs. "But our PhDs are better than theirs," people hope, even though they went to the same schools.

Fallacy #1: The quantity of money is unchanged/grows slowly with a gold standard system. "For example, the total supply of Bitcoins is fixed, as it would be – more or less – for a gold-backed currency."

If you look at the actual balance sheets of the Bank of England, the Federal Reserve, or other central banks while they were on a gold standard, they were highly variable. 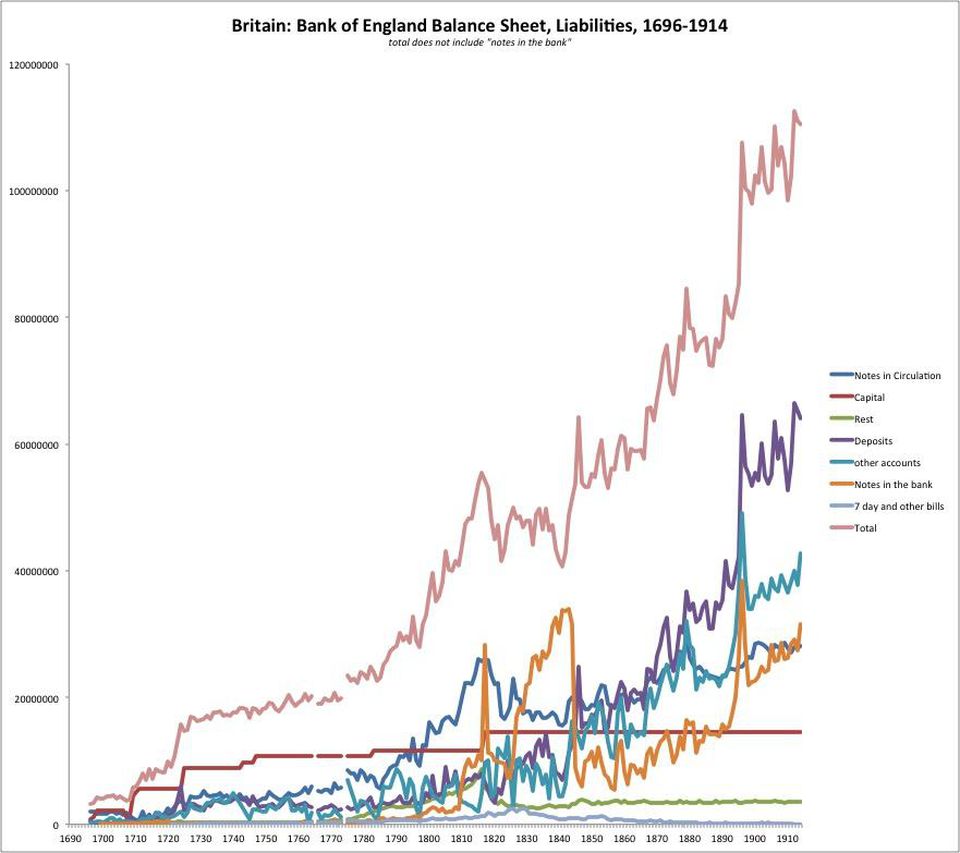 Base money in the US grew an estimated 163 times between 1775 and 1900, vastly in excess of the increase of 1.8 times in the amount of gold in the world due to mining production.

This is directly related to the first fallacy. I'll just say it again: 163 times.

Fallacy #3: A gold standard system does not provide "elasticity" in a currency (ability to accomodate short-term variation).

The principle of "elasticity" is related to discussions during the second half of the nineteenth century regarding short-term, often seasonal changes in base money demand. The Bank of England was able to accommodate these easily, while retaining the Pound's gold parity. Walter Bagehot gave a detailed description in Lombard Street: A Description of the Money Markets (1873). The British Pound remained fixed to gold for 41 more years, until upended by World War I.

Fallacy #4: A gold standard has something to do with gold imports and exports.

Related to this is a thought exercise attributed to David Hume in the year 1752. What would happen – Hume pondered – if four-fifths of all the money in Britain (silver and gold coins) disappeared overnight? Would the value of the remaining coins go up?

Probably a lot of people would answer: "Yes, the value of the remaining coins would go up by a factor of five."

Put it in contemporary terms: what if 80% of all the Federal Reserve banknotes in Florida disappeared overnight? Would the value of Dollar bills in Florida go up?

No, they would still be the same value as Dollar bills in Georgia. But, there would be a lot of people in Florida wondering what the heck happened.

From this you can see that moving gold around doesn't matter. It's the same value everywhere. (The "law of one price" was actually Hume's main point in that essay, but he was a little fuzzy about it.)

Fallacy #5: Gold exports and imports have something to do with the "balance of payments".

It is difficult to express just how confused economists got on this point during the 1950s and 1960s – in fact, I would say that the world gold standard fell apart in 1971 in part because of this. (I have a long section about it in Gold: the Final Standard.)

Gold imports and exports are not really much different than imports and exports of lead, copper, or anything else. It's just stuff moving around between those who want it more and those who want it less – countries with mines, and those without. You can see in historical statistics that it doesn't matter. In all cases, the value of the currency is the same: it is linked to gold.

I am bashing on Skidelsky a little too much, since he was really writing about Bitcoin. But, he made another error in this piece, regarding supposed gold-buying by the Federal Reserve in 1933, supposedly an early example of "quantitative easing".

The Dollar's value did decline vs. gold during this time – the devaluation of 1933. But, actually, the Fed wasn't buying any gold at all in 1933. It wasn't buying much of anything else either, since base money for the year was almost unchanged.

This is a picky point, but it does go to show that "experts" often say things that just aren't true. That's why I always look at the data. It's amazing what you can find out if you look at the data. For one thing, you find out that other people don't do it.

Most of the bad-mouthing of gold-based money over the years is really because people have no idea what they are talking about – and unfortunately, this includes supposed economic experts.