END_OF_DOCUMENT_TOKEN_TO_BE_REPLACED

...not worsen it. So take a breath...
WE NOTED it at the start of February, writes Gary Tanashian in his Notes from the Rabbit Hole.
We noted it again last week.
But because I like to bludgeon NFTRH subscribers with boring information that is not exciting and dynamic like the ghost stories and conspiracy theories about nefarious forces behind the scenes, we note again the normalcy of gold in the current macro setup after hitting all-time highs last summer.
Gold led the macro out of the depths of the deflationary crash nearly a year ago. It gained the bids again last summer as the United States went up in the flames of violent political division and the world (esp. the US) remained in the grips of the pandemic as the economy screeched to a halt.
All the while, our friendly funny-munny printers at the Fed were given license by deflationary pressures on the economy (showing up in interest rates) to create munny out of thin are for politicians (Trump admin first and now the Biden admin) to fiscally disperse into the economy.
Inflation expectations are rising as hopes for a new beginning do too. With that, the things of positive cyclicality and inflation benefits continue to rise right in line with inflation expectations while gold, with its multi-utility continues to burrow back down into its risk 'OFF' hole. It's not being manipulated so much as it is being cast aside for the more go-go plays. 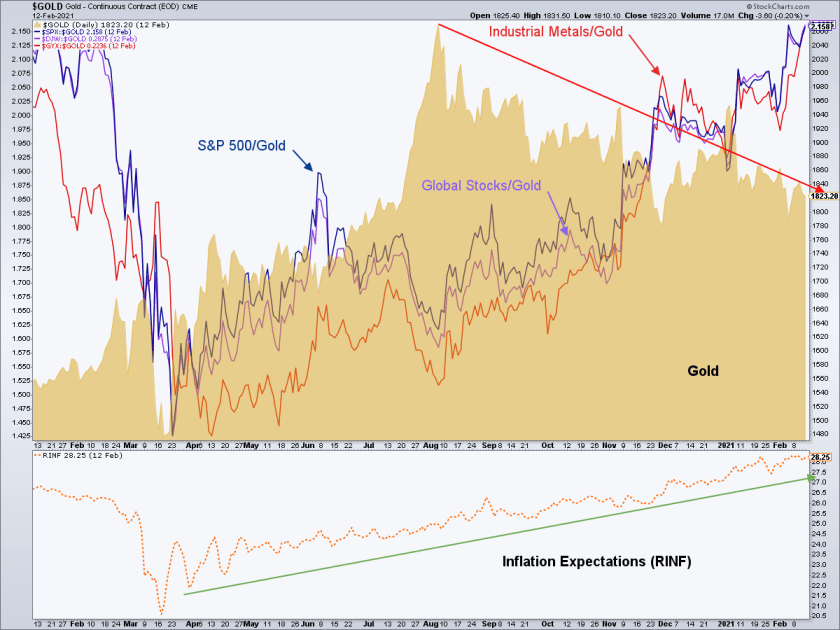 This is what you want gold to be doing if you want your insurance to be acting properly.
Now, are we out of the woods and off to Goldilocks or some other happy economic outcome? Ha ha ha...
We are climbing out of the frying pan but some day it's going to be into the fire if inflation gets past a certain point or it's going to be into a cold drink of deflationary water if the inflation falls apart.
Either way, that's why you own gold. This simple graphic from Sentimentrader shows that gold is Treasury bonds. Well true, in their risk 'OFF' utility. Of course, being no one's liability, gold is so much more than that debt paper. 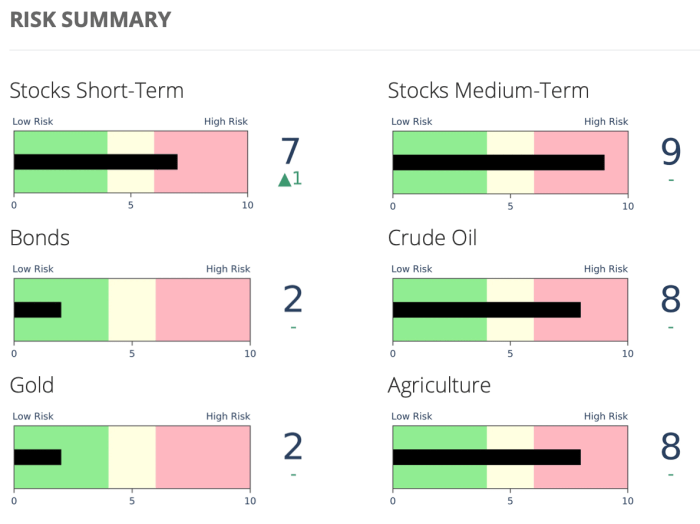 If you are stressed out about gold consider that insurance is meant to alleviate, not increase stress.