END_OF_DOCUMENT_TOKEN_TO_BE_REPLACED

EARLIER in August we wrote that near-term risk in precious metals (gold and GDX especially) was rising and a correction could begin soon, says Jordan Roy-Byrne at TheDailyGold.com

As gold prices nearly reached major resistance at $1550 per ounce, the miners already began to correct. That negative divergence is an ominous signal for the sector in the short term.

However, the good news is, at least at present, gold remains very strong in real and intermarket terms.

The first example of that is gold's strength against foreign (ie, non-Dollar) currencies (Gold/FC). Gold/FC made a new all time high a few weeks ago and is now 4% above the previous all time high. 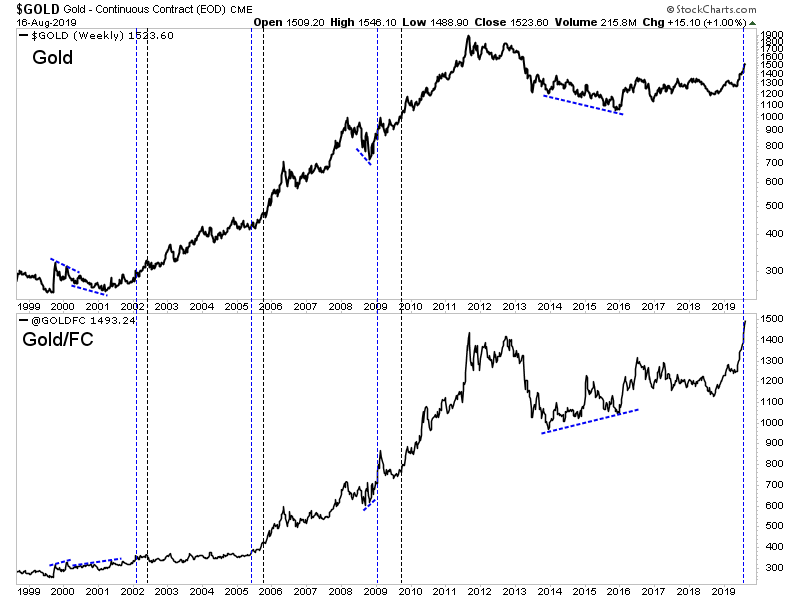 Also, we should note that gold's false new high in 1996 and cyclical bull market from 1985 to 1987 were never confirmed by Gold/FC, which showed a negative divergence both instances.

Elsewhere, gold is very strong against global equity markets and has reached important resistance relative to the S&P 500. 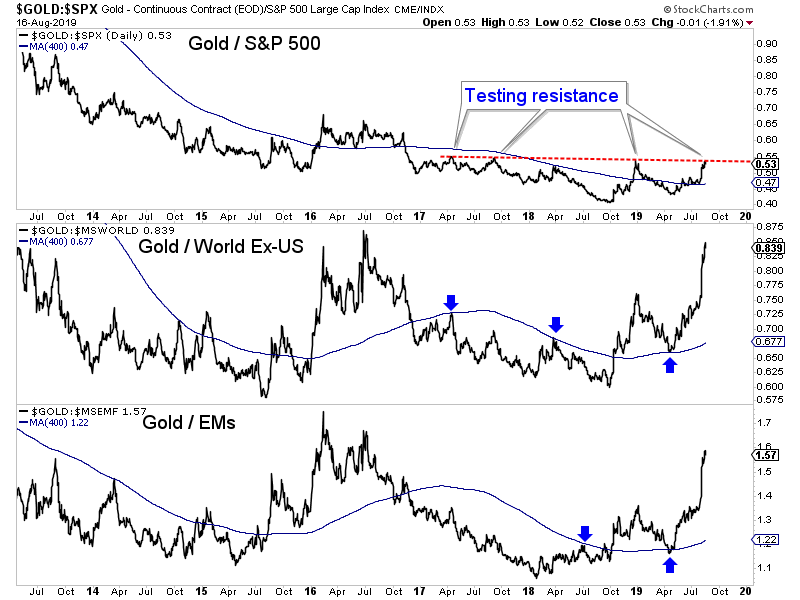 In all of these charts, including gold against the S&P 500, the market is well above long-term moving averages and support. We do expect gold to correct soon in both nominal and real terms but it does have plenty of breathing room.

Unlike in 2016, gold against foreign currencies is at an all-time high and the Federal Reserve has started a new cycle of rate cuts.

However, be advised that even within primary uptrends gold bullion and gold-miner stocks have often consolidated and corrected for several months.

If you missed the recent run, then it is best to be patient. Buy value and wait for weakness in the high quality juniors that appear extended. The best time to buy the leaders is during a correction. New opportunities will also emerge.