END_OF_DOCUMENT_TOKEN_TO_BE_REPLACED

It's doubled for no reason...

WHAT is a financial system for? asks Nathan Lewis of New World Economics in this post first appearing at Forbes.

I think most people couldn't answer that question. As a consequence, they have a hard time figuring out if we have a good one or not.

It appears that the US financial system has a lot of high-paying professional jobs. That's a good thing, right?

It might be if all those people were being paid to create some kind of useful good or service. But they do not.

The financial system is a middleman. It is, arguably, a necessary one, but like any middleman, it is best when it is the cheapest and most efficient.

WalMart, you could say, is a middleman between manufacturers and retail consumers. Actually, it is somewhat more than that, but the thing that makes WalMart great is how cheap and efficient it is.

Our financial system today is basically a bloated parasite – much like our healthcare and education systems. 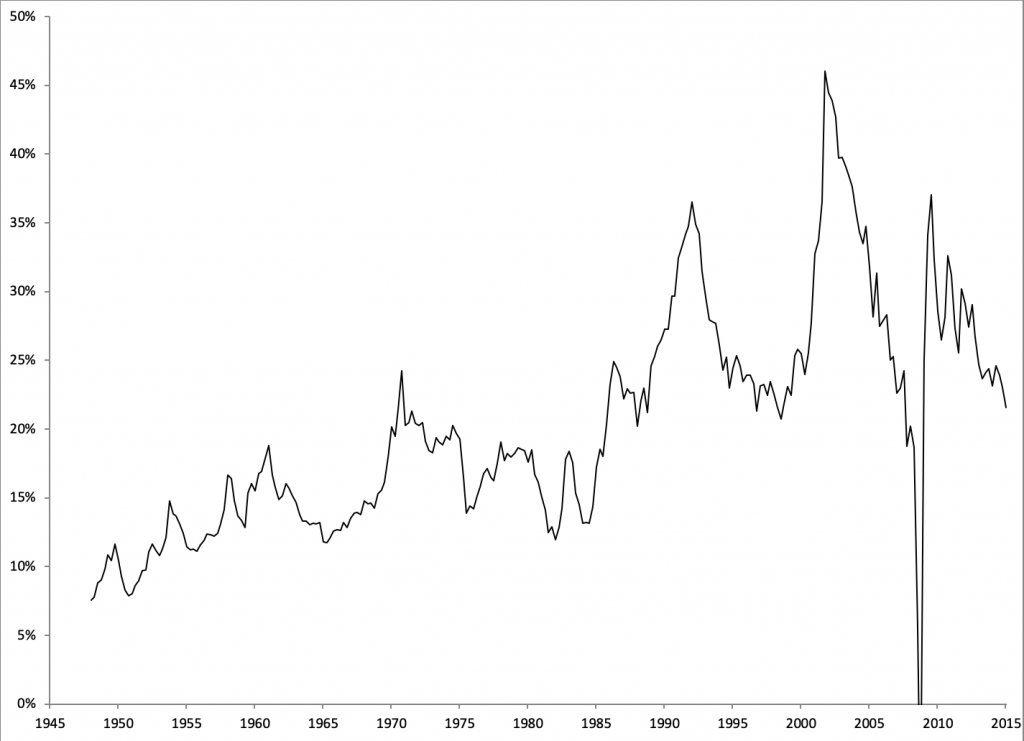 And after all the advances in finance and information technology in the last fifty years, why does it now take twice as much of all employment income – fully 12.5% in the United States – to do the same job of matching investors and capital users? 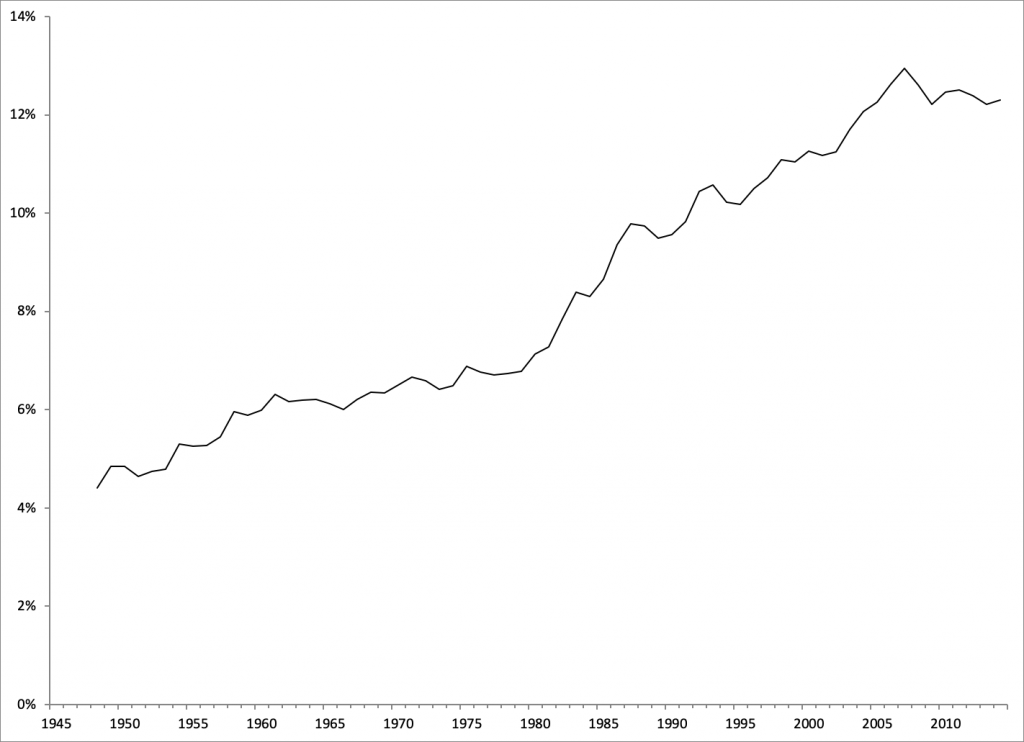 "Finance" means raising the money to undertake some kind of business investment. (We will ignore consumer debt for now.)

This takes place via three basic methods. The first is banks. People deposit money in banks, and then the banks lend it out. For example, a hotel chain might borrow $100 million to build a new hotel. This is a simple system, because the investors (depositors) and capital users (borrowers) deal with just one entity, the bank. The bank acts as a middleman between the investors (depositors) and the capital user (hotel).

You could think of the bank as a "portfolio manager" managing a book of loans for the investor (depositor).

The second method is via bonds. A bond is basically a securitized loan. You break up the loan into thousands of standardized pieces, and then sell the pieces to investors directly, without the intermediary of a bank. This lowers costs, but it typically requires rather large size to make it feasible.

The third method is via equity. A corporation sells stock to investors, as a means to raise money.

Over the last five hundred years of modern capitalism, things haven't changed much. Corporations today are mostly financed with bank loans, straight bonds, and common stock. There are a few minor variations, but mostly it is the same as it was a hundred years ago.

Corporations are involved in primary issuance of securities. They create new stocks and bonds, and set them forth in the world in return for cash to finance their business expansion. On the other side of this process, investors become the new owners of these newly-issued securities, giving cash for them.

Then there is secondary trading of securities. Investors trade these securities among each other. This gets a lot of attention, but it can be summed up very simply: at the end of the day, all the investors own all the securities. Trading them among each other doesn't change this. So, on the macroeconomic level, it doesn't matter that much. (The pricing that emerges from this secondary trading is, however, important for guiding the economy.)

So, that's it. Primary issuance and secondary trading. Asset managers that try to figure out which securities are worth owning. That is the whole (useful) business of Wall Street.

All of these businesses are highly competitive. There are thousands of banks, and they all offer basically the same generic "product" – ie, loans. The profit margin on new issuance of straight bonds or stocks has become very thin. Secondary trading has become much cheaper than in the past – almost free. The asset management business has steadily become more competitive, and fees have fallen. If anything, it seems like the financial system should be cheaper and more efficient than it was in the 1960s, just as WalMart (or now Amazon) has done for retail over the same time period.

Part of the reason for today's hypertrophied financial system is the environment of floating currencies that we have today. The world's major currencies used to be linked to gold; as a consequence, they were also linked to each other at fixed exchange rates. Foreign exchange was very boring. It was like "trading" liters and gallons.

Today's floating currency environment began in 1971. Along with variable foreign exchange rates has come a lot of volatility in interest rates. In the past, long-term interest rates were very stable. Floating currencies have also created a lot of macroeconomic volatility. The end result of all this is a highly developed financial "chaos industry", which helps deal with all this chaos. If roads were icy every day, the "automobile chaos industry" of insurance, auto-body shops and emergency room medicine would be multiples larger than they are today. This would be a bad thing.

Another part of the reason is that the financial industry, as its basic business of lending, security issuance and secondary trading becomes more efficient and thus less profitable, has engaged in a wide variety of what are basically scams. This includes various "bailouts" and "bail-ins", high-frequency trading that amounts to institutionalized front-running, a variety of structured debt products that, via the addition of several layers of complexity, amount to a means to sell garbage to suckers, all sorts of zero-sum gambling (including futures and options) in which the casino is the final winner, and so forth.

None of this has made anybody outside the financial system appreciably better off. That's why former Federal Reserve Chairman Paul Volcker said in 2009 that "the only useful thing banks have invented in twenty years is the automatic teller machine."

In time, we may have to decide what kind of financial system we want. Already today many "systemically important financial institutions" (including Deutschebank, Commerzbank and Credit Suisse) have that queasy look of circling the drain. I suggest that the best financial system is simple, efficient, and cheap. It should be no bigger, as a fraction of the economy, than that of the 1960s – a system that supported the wonderful economic advances of that era.

Given all the technological advances since those days of vacuum tubes, handwritten ledgers and paper share certificates, it should be smaller even than that.