END_OF_DOCUMENT_TOKEN_TO_BE_REPLACED

How stock markets and currencies behave when hit by financial crisis...

Money is created out of thin air by the banks and lent to government, consumers and businesses. In order to service and repay those debts, the borrowers take on more debts. Asset prices are inflated, and the vicious cycle continues until the debtors are unable to borrow or the banks are unwilling to lend.

At that point the system snaps, everything is sold off, and we have a financial crisis at hand. Here's what happens to equity and currency markets in the aftermath of such financial crisis.

1998 Russia
Declining productivity, an artificially high fixed exchange rate between the Rouble and foreign currencies to avoid public turmoil, and a chronic fiscal deficit were the background to Russia’s financial meltdown in 1998. The economic cost of the first war in Chechnya – estimated at $5.5 billion – was also a cause.

Prior to the culmination of the economic crisis, the government began issuing GKO bonds – described as similar to a Ponzi scheme – with the interest on matured obligations being paid off using the proceeds of newly issued obligations.

Two external shocks, the Asian financial crisis that began in 1997 and the following declines in demand for and thus the price of crude oil and non-ferrous metals, impacted Russian foreign exchange reserves. A political crisis came to a head in March when Russian president Boris Yeltsin suddenly dismissed Prime Minister Viktor Chernomyrdin and his entire cabinet.

The Asian crisis and political event rattled confidence, causing foreign investors to sell off Russian stocks, bonds and Roubles. The volume of GKO stood at some $150 billion, so was not a cause of concern for Russia's $1 trillion economy. But with over 30% of GKO owned by foreigners, the foreign sell-off caused havoc. 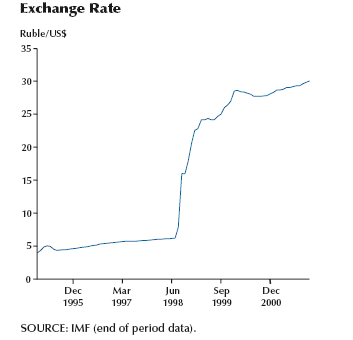 The Rouble went from 5 per US Dollar to 30 per USD in June 1999. After the equity panic bottom in October 1998, the Russian equity index – as measured in Roubles – rebounded strongly, in part thanks to that depreciating currency.

However, measured in US Dollars, Russian stocks didn’t make full recovery till some 5 years later.

2001 Argentina
In 1998, Argentina officially entered a recession, which lasted for three years and ended in a collapse as fears of the devaluation of the Peso led to bank runs.

This brought about serious protest and violence affecting many people and companies and causing several deaths. 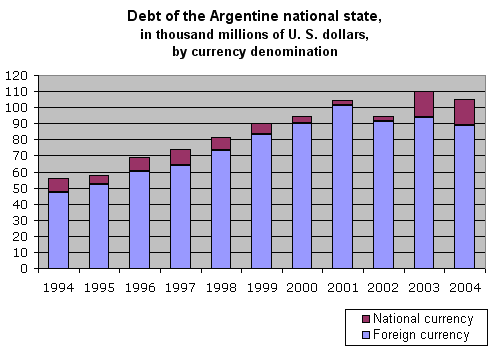 By 2001 Argentina had US$100 billion of national debt, which was approximately 40% of its GDP. While the amount was containable relative to its economy, the Argentines made the mistake of denominating this debt in US Dollars when selling it to investors. So with a shrinking current account surplus, the country wasn’t able to raise enough dollars to pay the debt principal and interest due, and eventually repudiated on the foreign debts. 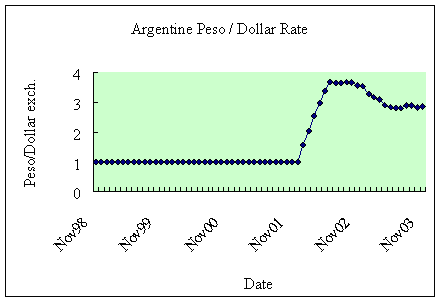 The fixed exchange rate was removed and the Peso quickly devalued. The exchange rate was then left to float, causing further devaluation near 4 Pesos per Dollar. It went from parity with the US Dollar (1-to-1) down to 4 per USD in early 2002 after the government allowed the Peso to float. The Argentine equity index had already dived 60% in 2001.

Although the Argentine Equity Index recovered fully in 2002 in nominal terms, it wasn’t till 2004 before the stocks come back to pre-crisis level in US Dollar terms.

USA Today
The US just experienced the biggest debt blowup known to man. Trillion dollar plus mortgage debts had to be bailed out. Lehman Brothers, Merrill Lynch, Bear Stearns and Countrywide have all become history.

Even the American icon Citibank was brought to its knees at $1 before the government bailout. The S&P500 index was halved in 12 months.

America is privileged to have its dollars serving as the world’s reserve currency. America’s debt is denominated in dollars, which can be printed at will by the Fed. And printing is what the Fed did in response to America's debt and equity crisis. 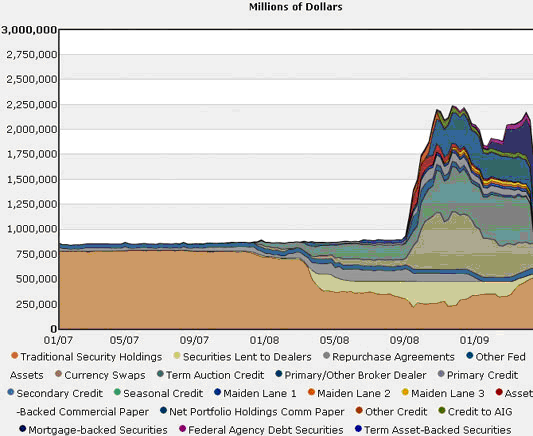 The Fed has printed over $1.5 trillion to bail out various groups. The S&P500 responded positively to monetary easing as it rose 40% from March '09 in nominal terms.

It shouldn’t be surprising to see the US index recover to pre-crisis levels. Equities have to rise, as in the Russian and Argentine cases, when currencies have been massively devalued. But in real terms however, and when the S&P500 is measured in Gold Bullion as in the chart below, it will likely take many years before the index recovers.

So where does the Dollar go from here? Gold is the ultimate antithesis to the Dollar. Gold is liquid, universally recognized, limited in quantity. Now the massive money printing by the Fed and fast-eroding confidence in the dollar by international investors might just be the key to drive gold past the illusive $1,000 level and not look back.

As we saw in the past crisis in Russia and Argentina, as in Thailand, and Brazil, equity markets eventually do return while the devalued currency never regains strength. Further rebounds by the equity market in nominal terms can be seen, albeit with extreme volatility, and we will likely witness a 4-digit Gold Price in 2009 that will never look back.

As the Chinese saying has it, crisis is spelt "danger + opportunity". There is still time to diversify out of dollars before the world recognizes the Dollar’s permanent debasement and demotion of status. Visit goldmau.com and sign up for our free market and stock updates.