END_OF_DOCUMENT_TOKEN_TO_BE_REPLACED

THINK BACK to your American history class, and you might remember being taught the differences between federalism and anti-federalism, writes Frank Holmes at US Global Investors.

On one side were the Federalist Founding Fathers, led by statesmen such as Alexander Hamilton and John Adams, who believed in a strong central government.

On the other side were the anti-Federalists, led by Patrick Henry of "Give me liberty or give me death" fame, who believed in a weak central government.

Today, nearly 250 years later, we might think of this ideological rift in terms of centralization (a strong central authority) versus decentralization (a more distributed system). In fact, I would go as far as to say that the push-and-pull of these two forces is the great contest of our times. And I believe decentralization is winning out.

The global trend toward decentralization really got a boost six years ago when the United Kingdom voted to leave the European Union. Brexit was about redistributing power from a bloated centralized authority, Brussels, and returning it to London.

Admittedly, the UK has faced a number of expected challenges since it officially departed the EU in January 2020, including a slump in trade and foreign direct investment (FDI), but I believe these issues will be ironed out over time and the country will be stronger for it.

The truth is that the world is a safer, richer, more transparent place when power is distributed across a greater number of actors, not fewer. Consider what's happening in Eastern European.

Russia's efforts to take over Ukraine are a highly centralized move, one that will ultimately fail. In the meantime, Moscow is paying the price because of stiff international sanctions.

And then there's China. Tens of millions of people in Shanghai, Beijing and other cities have become prisoners in their own homes due to the country's sweeping zero-Covid policy. As of last week, one out of every five container ships across the world is waiting to dock at a Chinese port, with the worst yet to come in terms of global supply chain disruptions, all because of the centralized Chinese Communist Party's hardline approach to containing the virus. 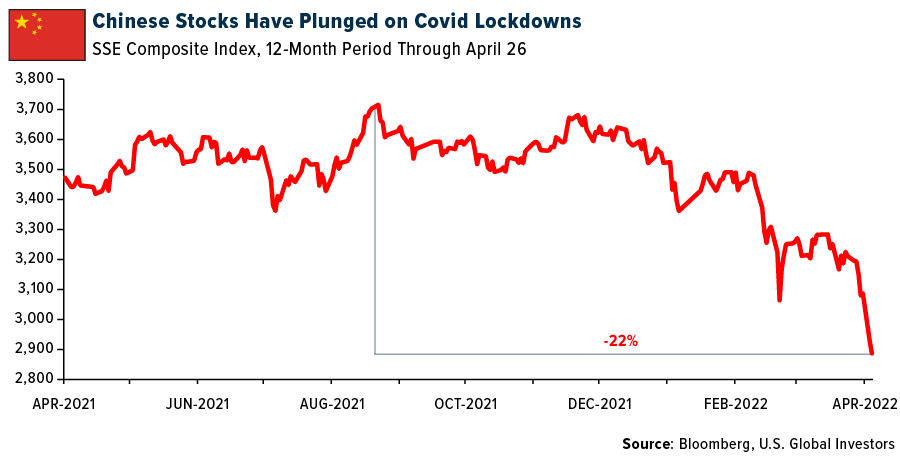 The economic and financial impact has been significant. Shanghai-listed stocks have sold off to two-year lows, and the country's manufacturing industry, as measured by the purchasing manager's index (PMI), have contracted in the last two months.

What's more, the Chinese Yuan just had one of its worst months on record against the US Dollar, plunging as much as 4.5% at its low. 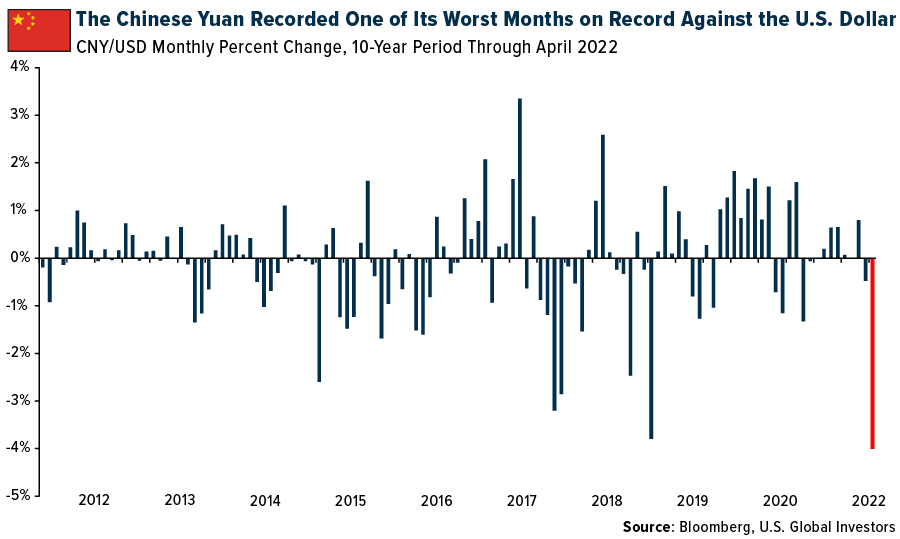 It's largely due to the actions of these two highly centralized countries that the world is experiencing the highest rates of inflation in decades. In March, global food prices hit a new all-time high going back to 1961, which I'm sure everyone reading this is feeling. 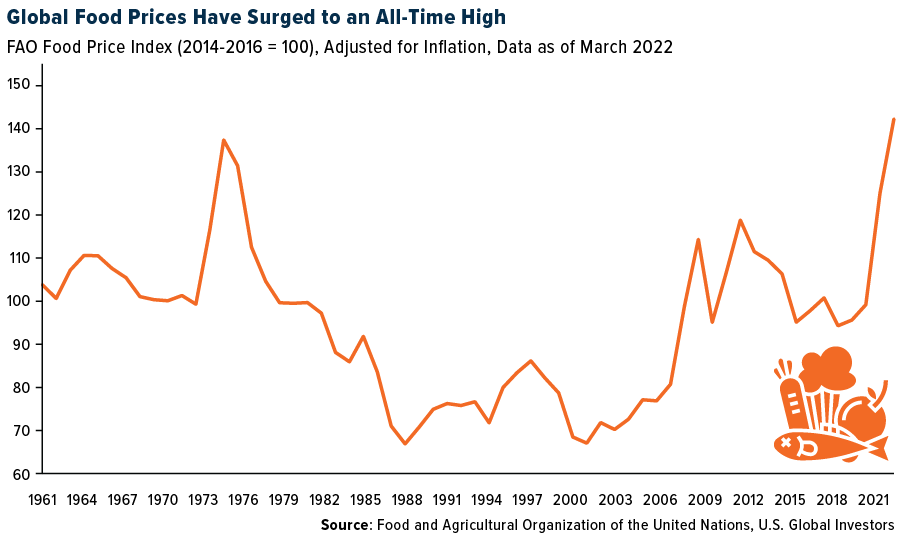 Meanwhile, here in the US, decentralization still holds, even if it doesn't feel like it sometimes.

That's thanks to Founders like Patrick Henry, who fought to include a Bill of Rights that, as the name implies, conferred certain liberties to individuals and states that the federal government could not take away.

Americans also enjoy separation of powers, as well as checks and balances, so that no single government branch can make all the decisions. A good example of this type of decentralization in action was when a federal district court judge recently struck down the White House's mask mandate on mass transit, including commercial flights.

I was in sunny yet cool San Diego last week attending and speaking at the 24th annual Investment U Conference, sponsored by the Oxford Club, and the flight there was the first I took during the pandemic that did not require passengers to wear a mask.

As someone who had to wear a mask during the entire 14-hour flight to Dubai last October, I'm relieved the US is finally putting the worst days of Covid behind it.

But I'm not just speaking for myself. While Chinese families aren't permitted to step outside and grab food for the week, Americans are free to travel and congregate and conduct business in person. In addition, I believe that not having to wear a face covering will encourage more people to take longer-distance flights, and that's made possible through decentralization.

You may have already guessed where I'm going with this. At Investment U, I spoke at length on Bitcoin, which I believe to be a fiercely American asset that's imbued with all that Patrick Henry stood for and more.

If he were alive today, Henry would be appalled at the idea that the Federal Reserve, the nation's central bank, has complete authority over monetary policymaking. Since 1913, when the Fed was created, the greenback has only lost value, and the downslide has accelerated even further in the decades following the end of the gold standard.

Bitcoin, as they say, fixes this. As a completely decentralized asset, it has no president, no CEO, no governor or central bank or board of directors. Like gold, Bitcoin is the chosen currency of those who love liberty and private property, which I believe would describe not just every American but every person, no matter where they live. That includes even people in Russia and China.