END_OF_DOCUMENT_TOKEN_TO_BE_REPLACED

ONCE AGAIN I have to disclaim that at the moment (and for quite some time now) I hold not one single short position, in anything, writes Gary Tanashian in his Notes from the Rabbit Hole.

I am only long US and global stocks. But also managing cash and portfolio balance as usual while feeling as though I'm playing a game of Musical Chairs while the music still plays.

I have to disclaim the bull positioning because book talkers tend to talk their book. My book is only long insofar as I have equity positions, because in a manic 'up' phase I have little interest in eroding the situation with short hedging.

Anyway, here is a tweet from a well-followed commentator that is framed so logically and paints the 2008 crash as merely a blip that you or I could do standing on our heads.

This is $SPX annual chart (each bar = a year)

The chart goes back 75 yrs; a long enough period which included many crises, panics + wars – yet how many red bars do you see?

Nobody knows when the next red bar will show up; but in the grand scheme of things, does it matter? pic.twitter.com/VWQJBMw6fQ

Equities...just stay in and prosper! No problem in real time because the US stock market always comes back...ALWAYS.

This is the kind of stuff that appears near tops; like stuff that uses ultra long-term yearly charts in log scale to smooth out the problems.

So the next time this happens, try to forget that it was caused by epic policy distortions within the system the likes of which have been amped up exponentially since and just remember it's actually a smooth ride assuming the next thing is like the last thing and you live long enough to reap the benefits. 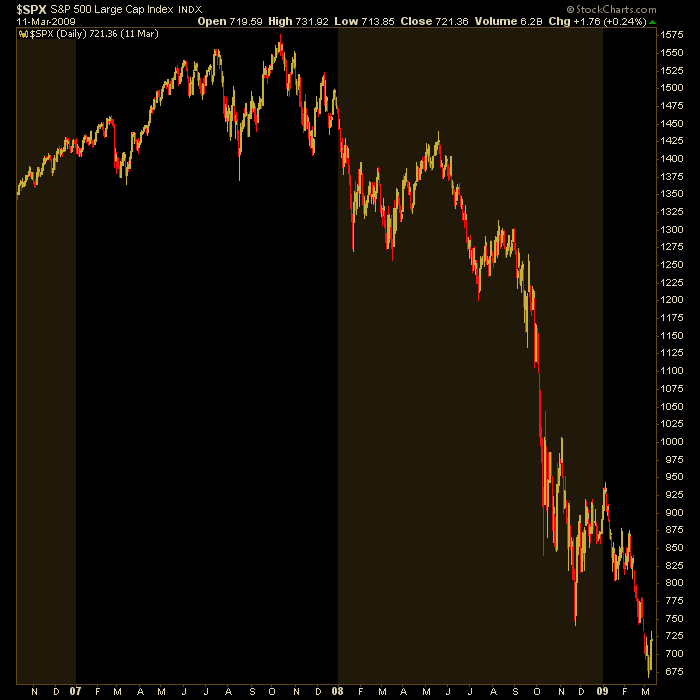 Allow the Macro Tourist to expand upon the theme... 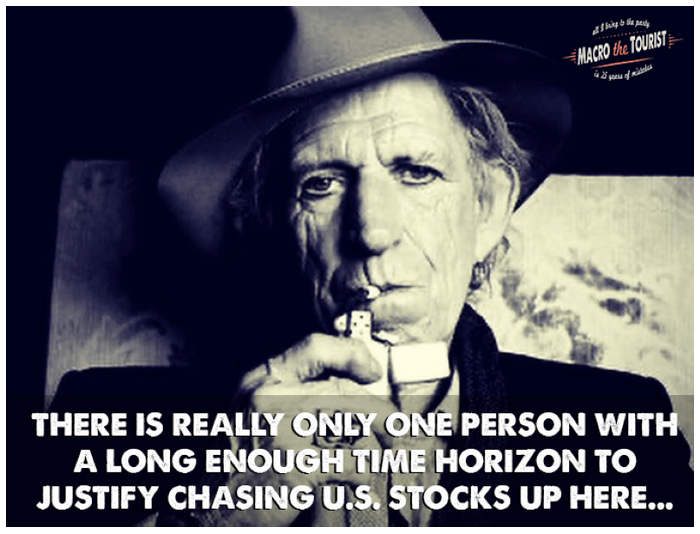 He notes that CNBC anchor Becky Quick got into something of a competition with her wealth manager guest, who is only 80% exposed to stocks. Becky's all-in at 100%!

"However, I would like to point out that Becky was not bragging about this allocation at any time during the past decade. No, she has chosen December 2019 with the S&P 500 up more than 360% since the bottom to let us know about her over-allocation.

"Herein lies my point. Just like this summer when bonds had already ripped 13 handles higher, market participants usually express this sort of arrogance at points when they feel confident. Extremely confident.

"What do I take from this? It's not the time to be reaching for exposure. I don't need to know anything else except that CNBC anchors are competing with their guests about the size of their stock allocations."

And of course there was the President with his dangerous '409 K' tweet taunting casino patrons as if merely performing in line with the S&P 500 (as opposed to near doubling its performance) was a failure.

Below is just one of several charts, graphs and indicators we use each week in NFTRH to gauge the sentiment situation (and folks, this is a sentiment event).

NAAIM had pulled back their enthusiasm into year end and using this and other sentiment indicators that had twitched a bit bearish, we had a short-term bullish signal for the Santa seasonal, which we've allowed to extend into Q1 2020 (aided most recently by the US-Iran war drums). 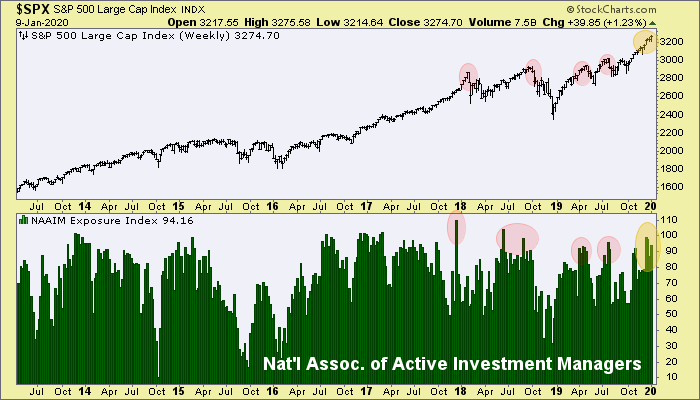 And now? It's as expected. Manic upside with investment managers all aboard, newsletters all aboard, CNBC anchors all aboard and all those discount brokerages that opened during the real sentiment blow off in January 2018...all aboard.

All aboard the Crazy Train...

"I've listened to preachers, I've listened to fools
"I've watched all the dropouts who make their own rules
"One person conditioned to rule and control
"The media sells it and you live the role."
– Ozzy

These sentiment knee-jerks have refreshed the market on very short-term bases. It's dangerous but as yet ongoing...and barreling down the tracks.