END_OF_DOCUMENT_TOKEN_TO_BE_REPLACED

AMAZING isn't it? It was only back in H2 2018 when everybody but you and me was unbelievably bearish about the Treasury bond bear market! gasps Gary Tanashian in his Notes from the Rabbit Hole.

Today...not so much. The herd is absolutely pile-driving bonds right now. 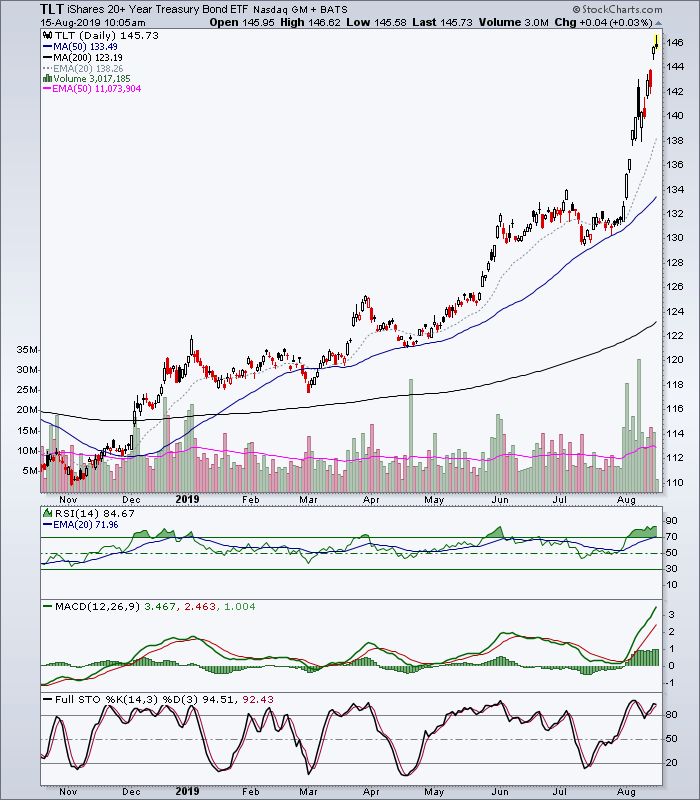 I know this all too well because while my SHY (cash equivalent) position is doing well it's not anything like the above, and is basically – given relative position sizes – offsetting a position in this, which I am still holding with all the stubbornness of a pissed off contrarian. 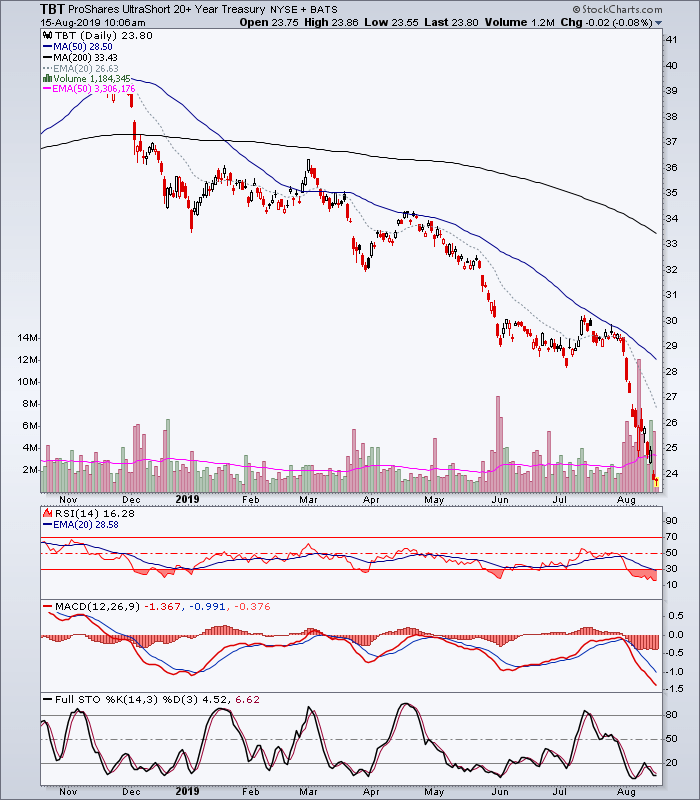 The two positions are part of my at least temporarily interrupted yield curve steepener. Hilariously the spread is up almost 500% today and just barely not inverted.

And so the Continuum continues downward. Let's magnify the path of bond yields so see what it actually looks like with respect to recent history. 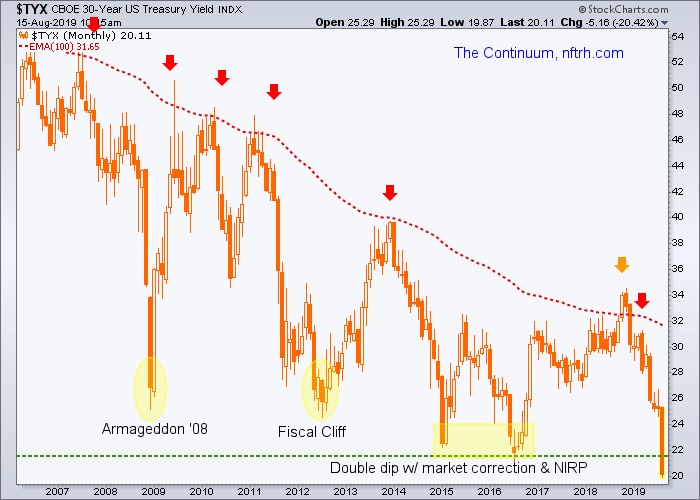 While I am not a bond expert I do know that the 30-year US Treasury bond is the debt-ridden Uncle Sam's promise to pay, and so in mass-herding into the long bond investors are seeking the safety of Unc's good faith and promises.

If you've forgotten about the Fiscal Cliff, I distinctly remember laughing at the hissy fit the markets were having with all the hand wringing about 'will they or won't they?' continue to spend off the charts. Oh yes, right. They. Always. Spend.

Anyway, you're buying bonds right now? You're funding a spend-o-holic that just keeps adding layers of excess, talks some talk about fiscal restraint and then adds more layers...routinely and forever, until the thing rolls over, wheezes and exhausts itself...or until bond yields rebel.

Speaking of which, when – and it could still be a wait – the bond revulsion materializes, the herds clustering in bonds will be the food, the dupes funding the system yet again. A knock-on effect for me personally is that while the stock market is fairly bearish at the moment and could get more so (did you see Fox and CNN last night babbling on and on about the inverted yield curve as the cause of the market correction and its predictive powers about recessions?) this bond bubble makes me suspicious of a hardened bear view on stocks.

If this is finally the great deflation, that'll be one thing. But if it's yet another inflationary operation in the making the gun is loading for yet another cycle. The Continuum has broken below all-time lows. Ooh, that's scary.

But is it real or Memorex? A true deflationary crash, or just a shake-out of the inflationists before yields tear ass in the other direction with the force of a thundering herd breaking out of the slaughterhouse pen?