END_OF_DOCUMENT_TOKEN_TO_BE_REPLACED

Silver could be seeing the lull before the big breakout...

THE CYCLICAL bear market in silver is serving its purpose, reckons Jordan Roy-Byrne of The Daily Gold. 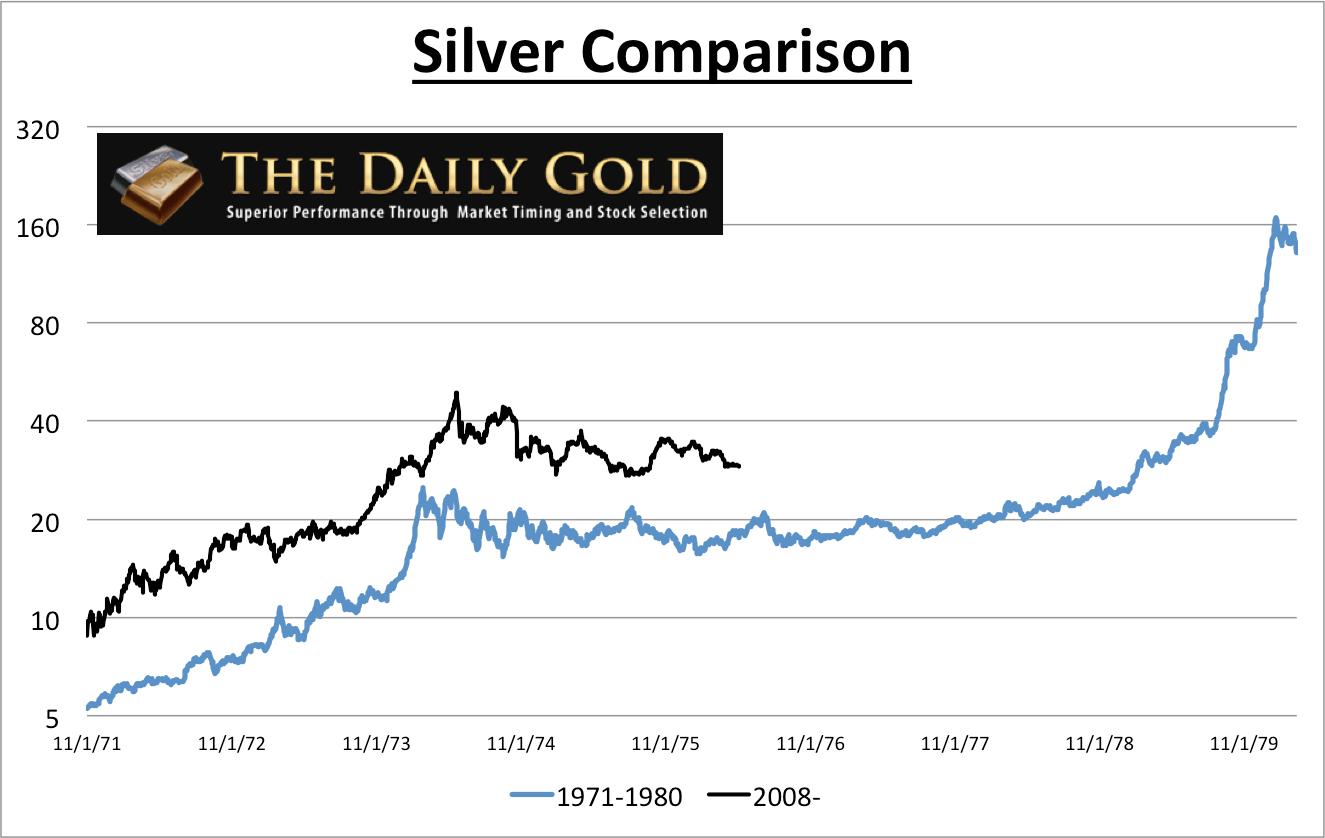 (Note that the blue prices are rescaled).

The initial bull run was stronger, lasted a few more months and that could be why the current correction is slightly deeper. Nevertheless, look at how similar the two are!

It's important to note that huge moves require long periods of digestion and correction. Commodities typically encounter near vertical moves that are sprung from deeply oversold conditions or multi-year consolidations. The two initial advances on the chart are quite similar and that is a reason why the ensuing corrections are similar.

Moving along, silver is at an interesting juncture as it continues to hang above multi-year support at $26 amid persistent extreme bearish sentiment. This chart shows that gross speculative short positions are at their highest levels in decades. The short positions are potential fuel for a sharp rebound. 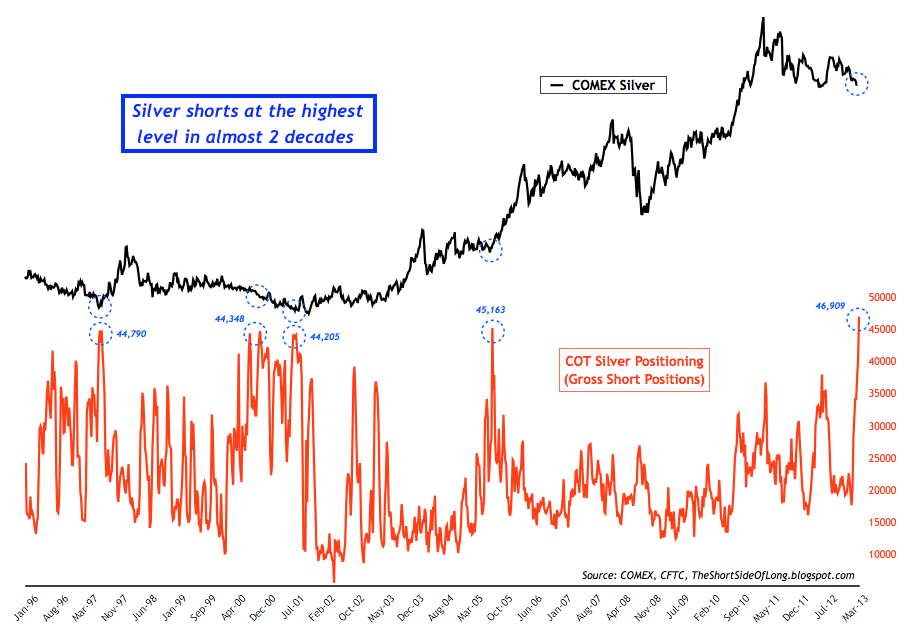 Furthermore, last week public opinion (an amalgamation of a handful of surveys courtesy ofsentimentrader.com) reached the lowest level since at least 2004. 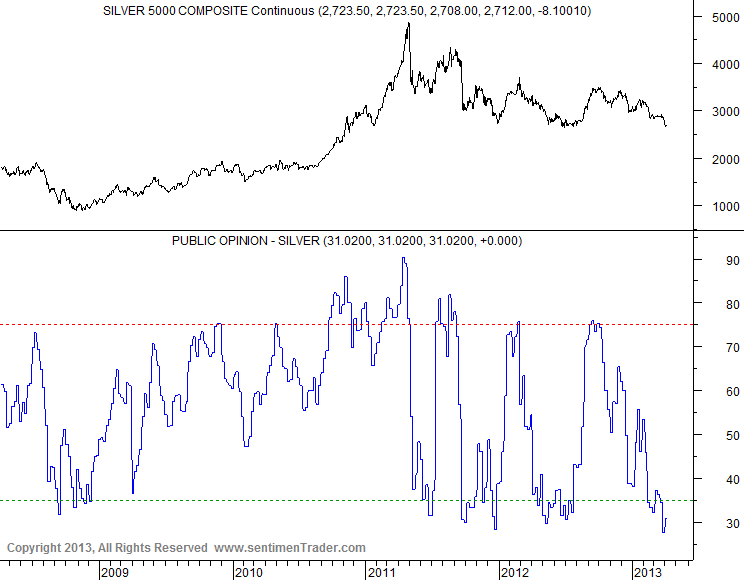 Following its run in the early 1970s, it took silver three and a half years to begin its next run and five years to make its next high. It has been about two years since silver's last peak. Huge advances require quarters and years of digestion. This is how markets work. It's not manipulation or a fake market as some say.

The good news is the short-term outlook is favorable. Precious metals markets have yet to put in a bottom but each new day brings us closer. While silver won't touch $50 anytime soon (or even $40), a rebound to $35 would be quite substantial in percentage terms. Most silver stocks would rise well over 50%.

The long-term trend and fundamentals remain intact for both silver and gold. Day traders and reporters will tell you there is no sovereign debt bubble or threat of inflation but, as Kyle Bass recently pointed out that can change very quickly. Remember the financial crisis? Look at the charts of financial stocks. They were fine for many years and then fell off a cliff within a year. There were people who, in the middle of 2008 thought we weren't even going to have a recession! Most never learn.

I suspect the major catalyst will occur when governments lose control of their own bond markets. They have to continue to print money for years and it will be a major catalyst for gold and silver when bond markets go the other way. This could be the catalyst for silver eventually breaking $50 and reaching triple digits. Currently, quality gold and silver miners (mostly not in GDX or GDX) are trading well off their highs and at their lowest valuations in quite a while.